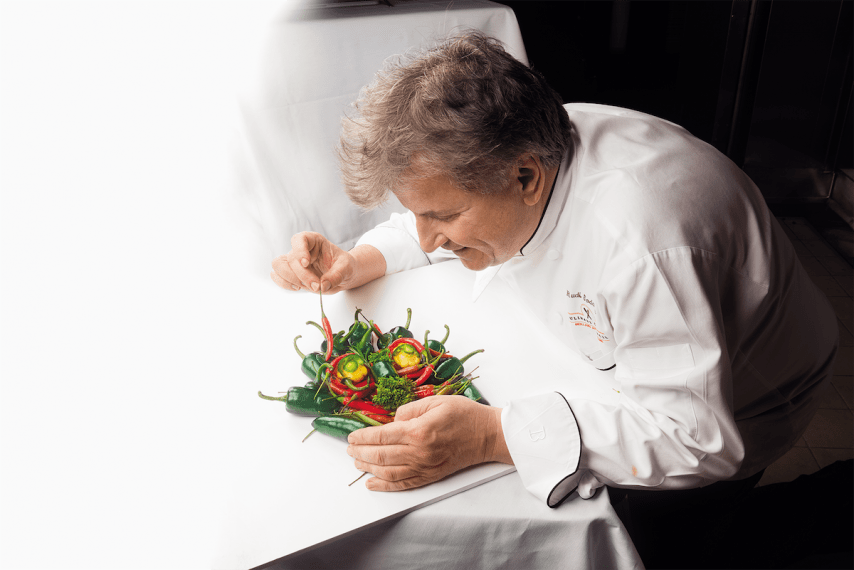 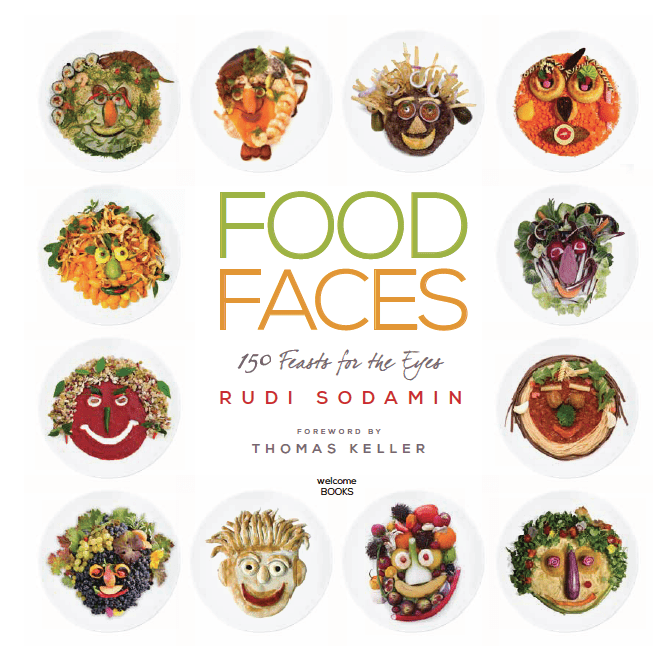 This collection of more than 150 images captures what can only be described as characters that Sodamin has long designed and photographed as a labor of love. In his foreword to the book, chef Thomas Keller says, “Rudi has a keen eye, playful sensibility, and a willingness to let inspiration take him where it will. Rudi puts happiness front and center.”

Anyone who has dined in Sodamin’s Sel de Mer pop-up restaurants on Holland America Line ships can attest to flavors that his food boasts. Now, readers the world over can experience what Orlando Ashford, Holland America Line’s president, calls “his innovation as an artist.”

“Rudi is esteemed throughout the world for his passion for his craft and his ability to translate that creative energy into serving thousands of guests each day on our ships,” Ashford says. “Food Faces allows people to be inspired by Rudi’s work every day in their homes.”

With the book available in bookstores nationwide, Sodamin’s Food Faces art will be exhibited in Miami and in Europe during 2018. To him, the art has “universal appeal.”

“Food is an international language, understood by all, and everyone in the world, regardless of race, gender, experience, or social status, can communicate and connect through food.”