Flash Back – The old cruise photographers might have been worth a thousand words after all. 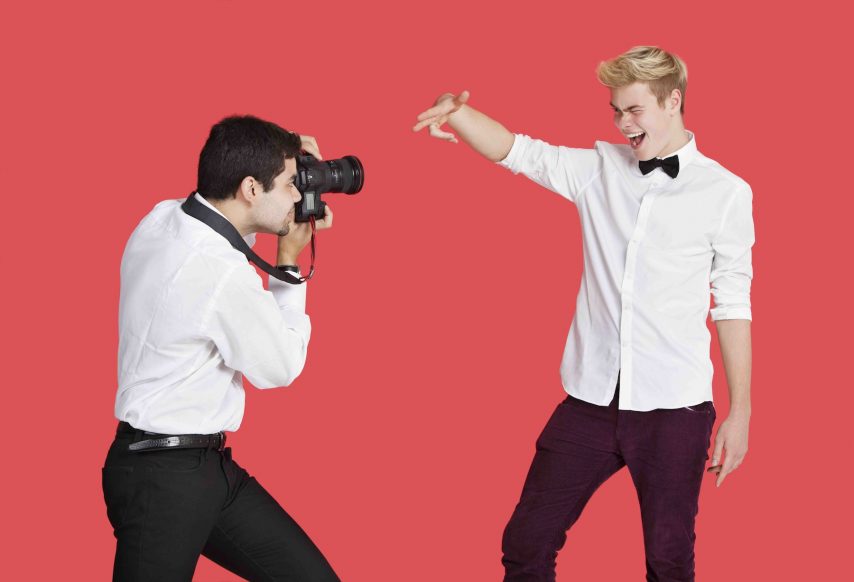 Here’s a picture of me with a double chin and my eyes closed. Here’s another of me with my mouth full, my jaw sort of twisted as I chew a mouthful of food (and, yes, that clearly visible, half-eaten chicken leg in the foreground is what I was working on when the shot was taken). In this one, I’m a wreck — hair a tangled mess, mouth gaping open, and a vacant, almost psychotic stare. And this one’s my favorite: It was snapped while I was using a fingernail to pick a particle of food from between my teeth.

Sometimes I miss the ship photographers of yesteryear.

Something’s happened to onboard photography over the last decade or so … photographers have actually learned how to take pictures. Good pictures. And that’s sort of a bummer, since there’s very little I found more entertaining on a lazy day at sea than strolling by the photo gallery and laughing at the really unflattering shots of my shipmates and placing my own unattractive shots behind other people’s prints. Today, when I go to the ship’s photo gallery, more often than not I’m admiring the pictures, not laughing at them.

It would be nice to think that I and everyone I sail with have suddenly become highly photogenic creatures, but I suspect that ship photographers have been told to slow down and compose shots instead of shooting them off at breakneck speed. They were probably told this after they photographed some hotshot cruise line CEO’s wife with her finger up her nose and then put it on display in the gallery for everyone to see.

Things may not be perfect — I still have no desire to pose with a pirate and I remain baffled that cruise ships have offered a Titanic photo backdrop … helllooo … maritime disaster, guys! But when it comes to most onboard photo operations, things are looking pretty good. Particularly those formal portraits — how did they get the guy with the wedgie at the pool bar, his toothless wife, and their unruly little brats to look so … aristocratic?

I still tend to scoot the other way when I see a photo set-up in the atrium or at the gangway, but one of these days I’m going to stop, pose (as long as it’s not alongside a pirate), and who knows? I may end up with a lovely portrait that I’ll want to buy instead of hide.

Do you have a favorite shipboard photography experience? Share it in the comments below!