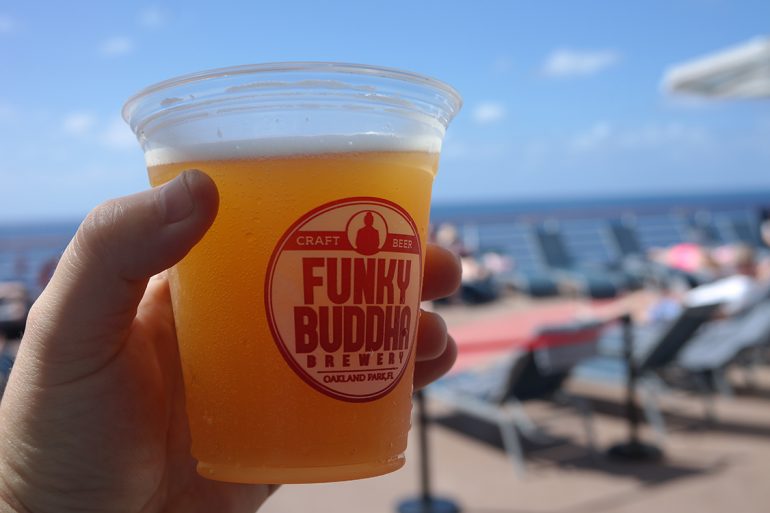 The two greatest things you can do today — it being National Drink Beer Day — are 1) drink beer and 2) plan ahead for future beer-drinking.

A broken clock may be right twice a day, but a broken calendar will be wrong all year long. That’s unless you simply live your year according to whatever the unofficial calendar of national days says. And today, September 28, is National Drink Beer Day … and there’s simply nothing wrong with that!

“Drinking it” is arguably one of the best things you can do to a beer, so on its special day of recognition, Porthole Cruise Magazine encourages you to scroll along with your non–beer-holding hand as we share some of our favorite cruise ports for celebrating days like today.

There’s a reason that Porthole HQ set up shop so close to Fort Lauderdale’s beloved cruise port. There’s the yearlong Spring Break vibe along the beach, a number of craft beer breweries and on-draft destinations, and easy access to equally beer-friendly hotspots in nearby Miami. Check out the upcoming December 2016 issue of Porthole Cruise Magazine (on newsstands in November) to see our favorite craft breweries from all over the Sunshine State, including Fort Lauderdale’s Funky Buddha Brewery.

On the Complete-Opposite-of-Sunshine-State spectrum — or, to put it in drinking terms, just up the road along our 4,000-Plus-Mile Pub Crawl — Alaska’s ports also boast delicious microbreweries and brewpubs. Last year, the state ranked 8th in the nation in the number of craft beer breweries per capita. Whether you want a beer that embraces gold rush puns, westward-ho independence and innovation, or local organic ingredients, The Last Frontier has it. For starters, check out the Alaskan Brewing Company in Juneau.

Munich, with its incomparable Oktoberfest — the timing of which is likely but not definitively the inspiration behind today being a holiday in the first place — is the obvious destination for any thirsty German river cruisers, but Hamburg to the north has the nautical vibe and entertainment district options to really make you appreciate your “prosits”! If you need a little drinking direction, wander the Reeperbahn and visit all the music venues — and after-show barstools — that the Beatles occupied years before the British Invasion. Then, sign up for a brewery tour that might include The Blockbräu brewery or the Brauhaus Johann Albrecht brewery.

While Foster’s was famously “Australian for Beer” in the states for many years, lifelong Australians may — how can we put this delicately — insist that something was lost in translation. Today, craft breweries, cosmopolitan bars, and even neighborhood watering holes are all chock full of local and seasonal brews. That’s in addition to larger favorites like Coopers, Victoria Bitter, and Carlton (though, shhhh, those last two are technically within the Foster’s Group family). Time Out Sydney recommends
Modus Operandi as one of the area’s best breweries.

Though beer-drinking isn’t the hardest vice one can indulge in around Amsterdam, it is nevertheless a fantastic place to quench that thirst. Between the character-filled cafés, the classier almost speakeasy-ish bars (sometimes right across the street), and the historic breweries — including Heineken’s — there are opportunities aplenty. Just watch out for bikes.