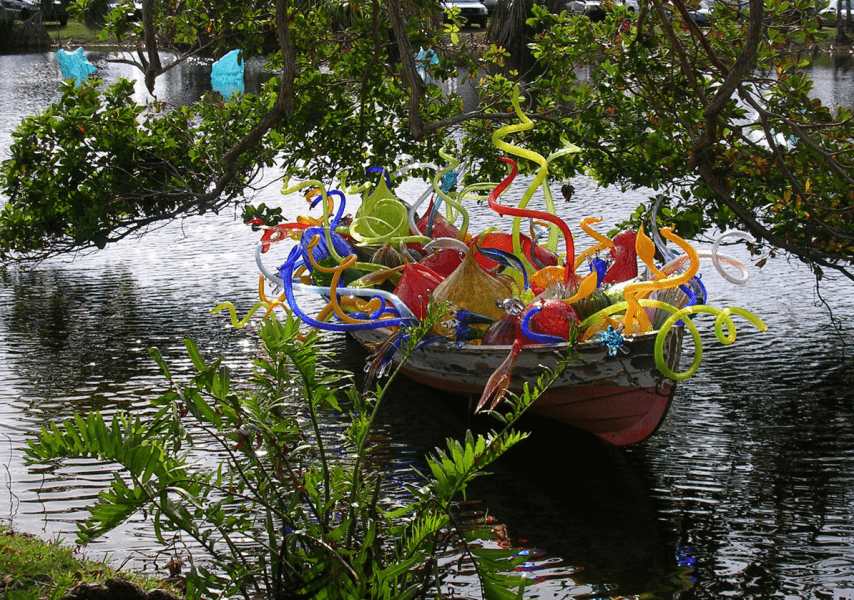 While some people may avoid South Florida during the hotter months, spring and summer are actually wonderful times of the year to explore Miami. The crowds have lessened so traffic isn’t as crazy, and you can stroll into many of the best restaurants without a reservation. And while the beach and classic Miami nightlife will surely beckon, there are also some great events at this time of year that you can enjoy by adding on a few days in Miami before or after your cruise.

The Betsy Hotel in Miami Beach is the center of activity this April for National Poetry Month. There are poetry readings and live music events at the hotel throughout the month including “Soapbox Poetry” in front of the hotel daily at 5 p.m. In other places across the city, O, Miami, an organization dedicated to expanding and advancing literary culture in Greater Miami, is putting on plays, performances, and poetry competitions in their quest to “deliver a poem to every single person in Miami-Dade County.”

Maison & Objet Americas is having its first show in North America in Miami Beach, May 12 to 15, 2015. Based on the popular French design show, the Florida event is aimed at the North and South American market and features hundreds of exhibitors in the architecture and interior design fields. An Interior Design and Lifestyle Summit is a major part of the show with speakers from around the world. During the event, there will also be a number of coordinated activities throughout Miami Beach, the Miami Design District, and the up-and-coming Ironside area.

A visit to the Fairchild Tropical Botanic Garden in South Miami is a delight at any time of year, but from now until the end of May 2015, it’s extra special. World-famous glass artist Dale Chihuly has created the largest installation of his glass sculptures within the 83 acres of the Fairchild Garden. After dark on Thursday and Sunday nights, the glass sculptures are lit among the palms, orchids, and tropical rain forest to create an entirely different magical experience of color and light.

Some say there are more beautiful people in Miami than anywhere else in the world, and this especially rings true during Miami Swim Week, July 18 to 21, 2015. The Swim Show & Lingerie Show, held at the Miami Beach Convention Center, is the largest swimwear tradeshow in the world, but there are many other satellite swimwear shows at hotels and public spaces throughout Miami Beach that week. Often, being a guest at a participating hotel gets you an automatic invitation.

While the Miami Heat may be done for this year, taking in a Miami Marlins major league baseball game is an easy way to get a pro sports fix during the spring and summer in Miami. There are typically plenty of tickets available, and the retractable roof at the new Marlins Park stadium (not to mention air conditioning and the pool at The Clevelander Marlins Park) makes even afternoon games a lot easier when the sun is blazing.

— Sharon Kenny is a food and travel writer based in South Florida. Her book, Where Should We Eat?, is currently in a fourth edition.