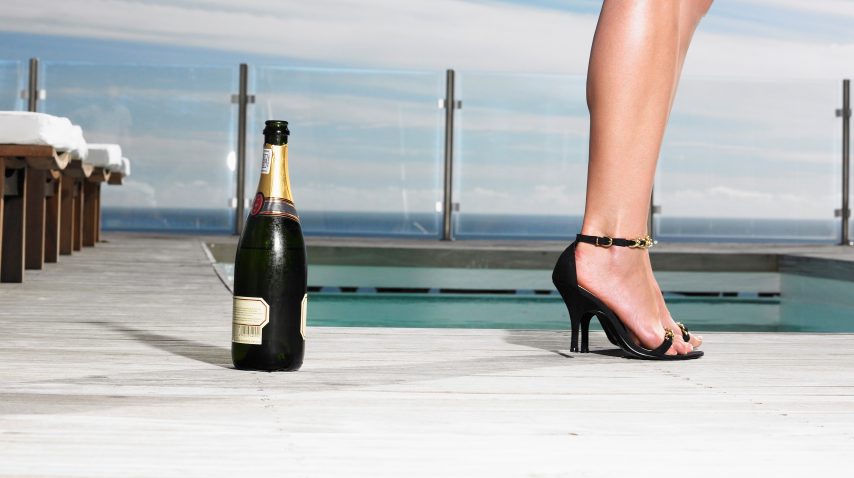 Not all ship christeners are royals and big-screen celebs.

In the cruise industry, the role of godmother comes with a few responsibilities beyond overseeing the proper demolition of a bubbly bottle. But when push comes to Champagne shove, it’s hard to pin down exactly what makes the perfect christening candidate. While some lines go for royalty, Hollywood stars, and other famous faces, others have looked past glitz and glamor and extended the ultimate at-sea accolade to those who’ve proven inspirational in a variety of other ways. Here are five of our favorites.

As longtime viewers of Today remember, Royal Caribbean International and the NBC morning show held a nationwide contest in 2006 to fill the position of godmother to its newest ship, Freedom of the Seas. Of the 6,000-plus nominees, Oregon-resident Katherine Louise Calder was the clear favorite to be named the honor. Considering she had been a foster mom to more than 400 special-needs children up to that point, Royal Caribbean must have known they were putting the ship in great hands, too. In addition to honoring Calder, the cruise line also donated $25,000 to each of her co-finalist’s charities.

Along with her late ophthalmologist husband, Fred Hollows, Australian-born Gabi created The Fred Hollows Foundation, which treats and prevents blindness in developing and needy countries. When Renaissance Cruises’ R Three joined Princess Cruises’ fleet in a Sydney ceremony in 2002, it made perfect sense that a woman who would eventually be named one of Australia’s National Living Treasures be bestowed the godmother honor as well.

Michelle Morgan was president and CEO of Signature Travel Network, a role that might qualify one for godmother-dom in its own right. But in following the tradition of its other Solstice-class ships, Celebrity Cruises chose Morgan for her brave battle against breast cancer. During the July 2011 christening, Morgan was joined by her fellow Solstice-class godmothers Sharon Smith (Celebrity Solstice), Nina Barough (Celebrity Equinox), and Emma Pontin (Celebrity Eclipse) as she cut the pink christening ribbon. Sadly, Morgan passed away in 2013, but that year alone, Celebrity Cruises raised more than a quarter of a million dollars for The Breast Cancer Research Foundation.

It had been less than a year since Army Private Jessica Lynch had been captured and held hostage by Iraqi forces, but after a dramatic rescue that made her a household name, Lynch was invited to be godmother to Carnival Cruise Line’s Carnival Miracle. With her cane in hand at the 2004 ceremony in Jacksonville, Florida, Lynch symbolized “perseverance and inner strength,” said Carnival’s then-president, Bob Dickinson. Additionally, Carnival made a contribution to the Jessica Lynch Foundation, set up to assist the children of soldiers.

NYC’s finest, Adventure of the Seas

Christened less than two months after the horrific events of September 11, 2001 (and only a few miles from Ground Zero), Adventure of the Seas honored the city and those who served it as best they could. With then-mayor Rudy Giuliani on hand, the ceremony included the naming of the ship’s godparents: Tara Stackpole and Kevin Hannafin (representing the FDNY) and Margaret McDonnell and Sgt. Richard Lucas (with the NYPD).