Five Faves: Bring on the May Flowers (and More Celebrations)! 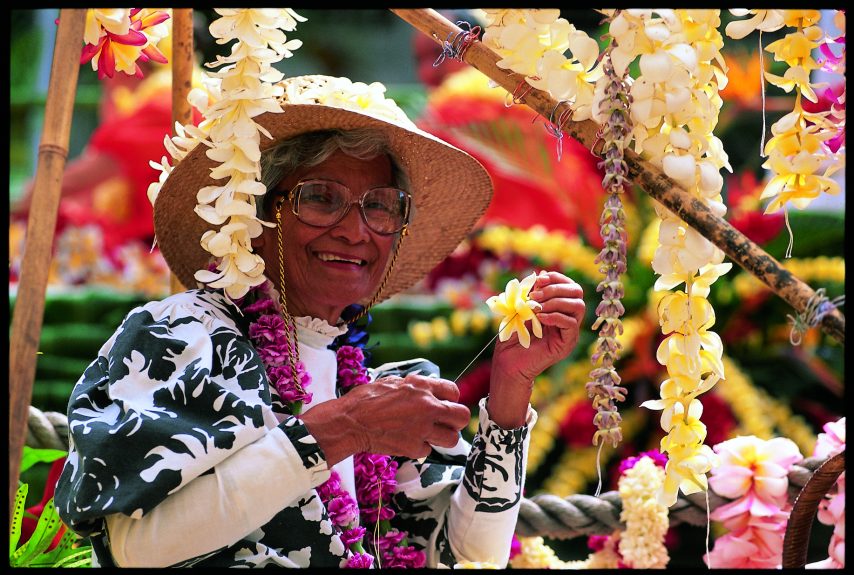 Bring on the May Flowers (and More)!

Our five favorite May Day celebrations around the world.

The April showers are just about over, which means it’s time to have a little fun in the sun for May Day. The first of May is a holiday with deep roots in different parts of the world, celebrating everything from the birth of the eight-hour workday to the Virgin Mary to the beginning of summer – and marked with observances ranging from maypole dances to marches to the crowning of a May queen. Wherever you’re cruising to, it’s likely there’s something going on for May Day.

Here are five of our favorites.

Lei Day – An old song explains that “May Day is Lei Day in Hawaii,” an island holiday dedicated to flowers, sunshine, and hospitality. Every island in Hawaii is represented by a specific flower: Maui, for instance, by the pink lokelani, Molokai by the silvery-green kukui nuts and leaves, and Oahu by the golden-yellow ilima.

The holiday was the brainchild of Don Blanding, a poet who worked for the Honolulu Star Bulletin in the 1920s. But it caught on across the Aloha State, and in 2008, Honolulu marked Lei Day by stringing a record-breaking lei 5,336 feet long. That’s more than a mile of flowers!

Maharashtra Day – Across India (like most of the rest of the world), the first of May is celebrated as Labor Day. But in Mumbai, it’s also a celebration of local culture and tradition called Maharashtra Day. This is the day in 1960 when the neighboring states of Maharashtra and Gujarat were split off from another. (Gujarat was also apparently happy with the separation – they hold parades and pageants every May 1 for Gujarat Day.) It’s a great time to be in Mumbai, with plenty of public celebrations, colorful parades, music, food, and general festivity.

But don’t expect to toast the city’s history with the strong stuff — It’s also a day when liquor sales are prohibited statewide.

Walpurgis Day – For Europeans, and especially in the northern countries of Sweden, Finland, and Estonia, May 1 is known as the Feast of St. Walpurga, a pious missionary who brought Christianity to the pagan tribes of Germany in the eighth century. What this means now is a night and day of drinking, dancing, and wild parties.

In Helsinki, it’s tradition to sip a sparkling wine or sima, a kind of fermented soft drink made from lemons, honey, sugar, and yeast. In Stockholm, a breakfast of Champagne and strawberries might be followed by a choir concert and a bonfire. And in Tallinn, locals dress up as witches and parade through the streets… starting the night before, but carrying on through May 1, which is also known as Kaatripäev, or “hangover day.”

Throughout the region, expect picnics, political rallies, and pranks. 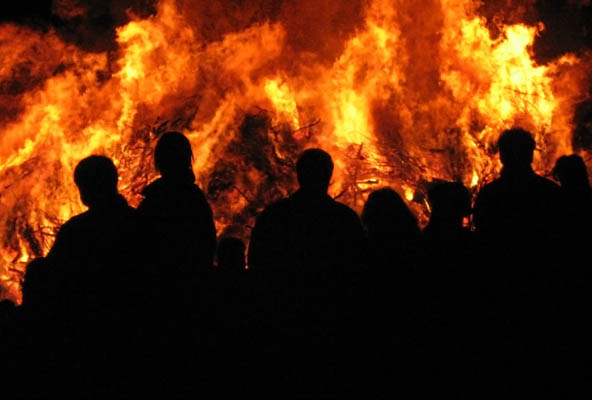 Beltane – In Ireland, Scotland, and the Isle of Man, May 1 marks an ancient observance of the beginning of summer, with flowers, feasting, and especially big bonfires. In the old days, villagers would douse all their house fires to relight them from the Beltane bonfire, herdsmen would drive their cattle between the fires to keep them healthy all year long, and farmers would collect the ashes to scatter over new crops.

The bonfire tradition is still observed in small towns across Ireland and Scotland, as well as in cities as large as Edinburgh, where thousands of costumed revelers light an immense blaze on Calton Hill.

It’s also a holiday for decorating doors and windows with yellow flowers, like marsh marigold, rowan, gorse, and primrose. Celtic communities as far afield as Newfoundland will decorate a May Bush to mark the turning of the seasons.

Labor Day – As the global Labor Day, May 1 is the day set aside to admire and appreciate the hard work of hardworking men and women. Of course, in the Caribbean, this is done with a little island flair. On the Dutch islands of Aruba, Curaçao, and St. Maarten, for instance, May Day was long celebrated back-to-back with the Queen’s Birthday, on April 30. This year, it falls five days after the King’s Birthday, April 27. And any excuse for a weeklong party is a good one.

If you happen to be calling on those islands for May Day, expect lots of traditional flea markets, wear something orange (the national color of the Netherlands), plan for some stores and banks to be closed, and keep an eye out for fun in unexpected places. On Aruba, for instance, the Royal Dutch Marines convert their camp in Savaneta into a theme park, with boat rides, concerts, and an air show.

Photos: Lei-maker, RF; Bonfire, Juultje
How are you celebrating this year? Tell us in the comments below!

Let us know your comments!
#destinations