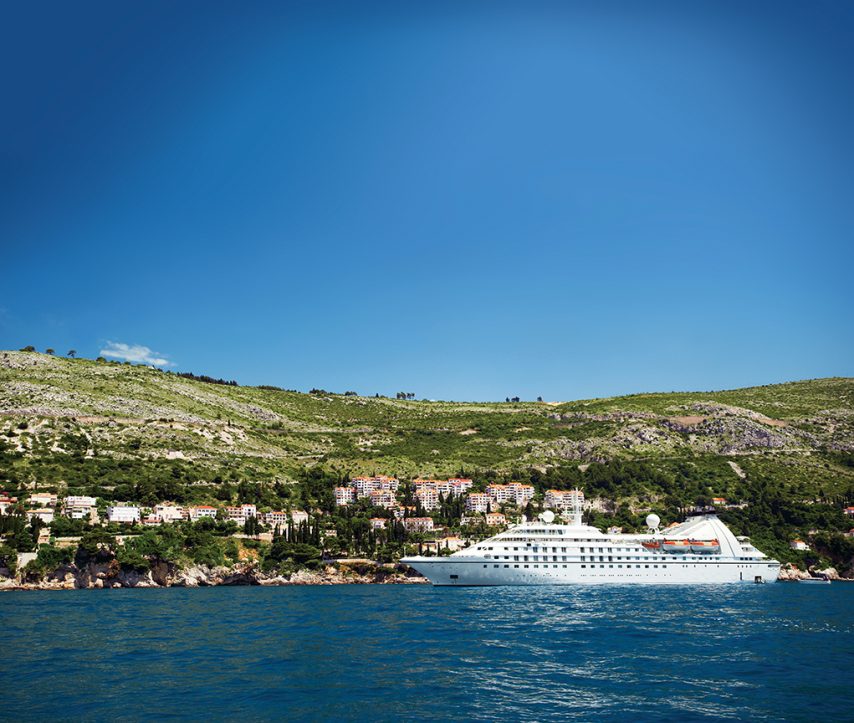 A Star is Born

Aboard the inaugural cruise of Star Pride, the dramatic strains of the theme song for 1492: Conquest of Paradise declared that sails were going to rise — as in the Christopher Columbus movie and as on Windstar Cruises’ three sailing yachts.

Guests, mostly past passengers, gathered on open decks in anticipation of catching wind. Except Star Pride — Windstar’s first fleet addition in 16 years — does not have sails. So aboard the motor yacht, two uniformed Windstar crewmembers slowly pull ropes lifting a large flag emblazoned with the cruise line’s new “W” logo into the sky.

The precision music, Barcelona being left behind, and the sun just beginning to set over the Mediterranean was enough to bring tears to some observers’ eyes. And so Windstar entered a new chapter, its milieu intact — a small ship operator catering to a crowd seeking a yacht-like experience.

Star Pride is the first of three 212-passenger ships that Windstar purchased from Seabourn, all built between 1988 and 1990. Sister ships Star Legend and Star Breeze will join the Windstar fleet next spring.

The motor yachts bring Windstar slightly faster ships without tall masts, which means they can go places the line’s sailing yachts can’t — such as through the Corinth Canal, to the Black Sea, to more widespread places in Asia, and from Norway across to Iceland.
The motor yachts also have the bonus of…