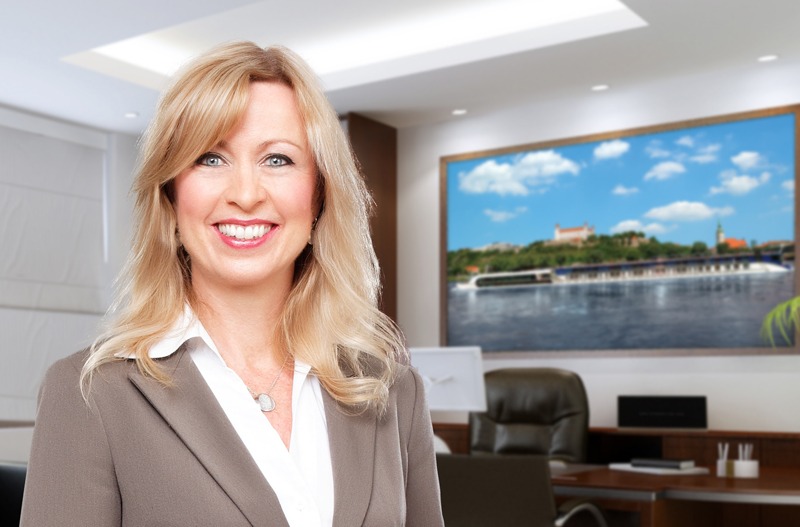 With river cruising in her veins, AmaWaterways’ cofounder and executive vice-president lets passion be her guide.

Kristin Karst spent her honeymoon in 2011 on a luxury riverboat cruise through Botswana’s  Chobe National Park, which sounds wondrous until you find out that she spends nearly every waking year-round hour planning, promoting, and taking river cruises worldwide as executive vice-president and co-owner of AmaWaterways. But it was wondrous, she insists, because she’s as much in love with river cruising as she is with husband Rudi Schreiner, who cofounded the line with her in 2002.

On the last night of the cruise, the couple dined with a co-owner of the Zambezi Queen, which kicked off a conversation that eventually led to AmaWaterways leasing the small ship for its first African cruises. “We watched the sunset, saw all these animals coming down to the river, and knew we wanted to take it on,” she recalls, “so we started working out the deal that night. Now Rudi’s son, Jacob, manages that cruise.” (Kristin’s daughter, Isabel, also works for AmaWaterways, in the sales department between semesters at college.)

It was not the first time the couple have paired work and pleasure. They do so constantly, dating back to when they were colleagues with a rival river-cruise line in 1999. Today, Karst oversees sales, marketing, and business development for AmaWaterways, which hosts 28 itineraries on 15 ships on 12 rivers in 18 countries. Schreiner is the company president, or as Karst puts it, “He builds the ships and I fill them.” They live near the main office in Calabasas, California (north of Malibu).

Women are underrepresented at the executive level in the travel industry — especially cruise travel — so Karst stands out. But it’s never been a problem, she says, because she’s earned the respect of industry peers. “It’s actually an advantage, because as a woman I’m perhaps a bit more detail-oriented and sensitive to the customer’s needs.” She notes that women are usually the primary travel decision-makers, which adds value to her input.

Ideas that Karst has implemented can be seen from bow to stern: a color scheme and artwork that she calls “warm and cozy;” free WiFi and “infotainment” flat-screens in cabins; open seating for meals (“as a conversation-starter”); meals prepared from fresh ingredients purchased at riverside markets; and complimentary wine, postcards, and stamps. She has also implemented two ideas suggested to her by Florida travel agents: specialty cruises for chocolate lovers and knitters.

Karst may be proudest of putting bikes on most AmaWaterways ships….