With a new health and hygiene concept, A-ROSA River Cruises is ready to go.

River cruise lovers are in luck, they could be on a ship in a matter of weeks. A-ROSA River Cruises announced today that their river cruise ship ALVA will recommence operation on June 17th for all sailings along Portugal’s Douro River. Itineraries on the Rhine and Danube restart on the 19th and 20th of June. French river cruise fans will have to wait a little longer. A-ROSA plans to restart operations on the Seine and Rhône/Saône rivers sometime in July.

The news comes as other vacation destinations around the world are starting to open their doors to tourism once more.

New Health Concepts on Board

Before announcing their return date, A-ROSA put in place a new health and hygiene concept developed based on recommendations from the Robert Koch Institute in Germany and the World Health Organization.

Some of the measures from the line’s press release include:

“Social distancing protocols for the entire ship, enhanced cleaning procedures; the wearing of mouth and nose coverings in public spaces; pre-screening and temperature checks prior to embarkation; meals to be served at tables, at set times and excursion participant numbers will be reduced.  In addition, all A-ROSA ships are already equipped with an air refreshment system that ensures all cabins and public spaces operate using separate air supplies.”

“The safety and well-being of our guests and employees have always been the highest priority at A-ROSA,” he said. “That is why we have carefully checked every aspect of our trips and adapted them to the new requirements and recommendations.”

Along with the new health and hygiene measures, the line hired in-house medical practitioner Jens Tülsner to lend his expertise.

What’s on the ‘Welcome Back’ Menu? 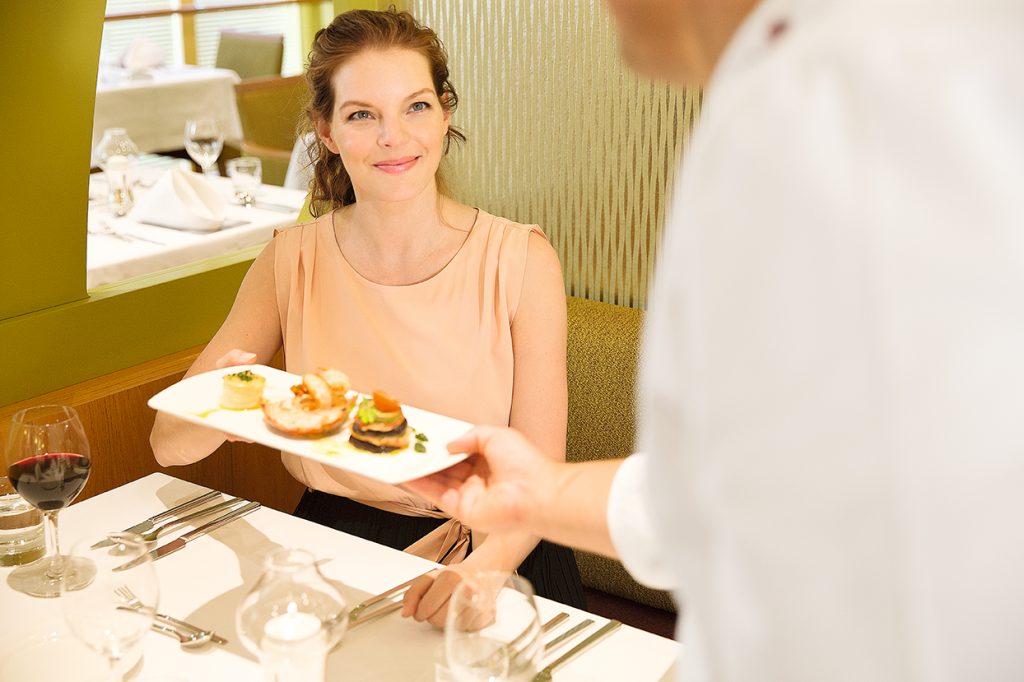 As a special thank you to those who sail on those first voyages, A-ROSA is focusing their menu on local flavors and the line’s all-time favorites.

“Starting with comprehensive breakfast options, guests can look forward to delicious 3-course lunches and 4-course dinners, all served at the table and inspired by the respective local regions. On the Danube, for example, there will be a Hungarian Night, on the Northern Rhine the menu will be influenced by Holland and Belgium and on the Southern Rhine A-ROSA will offer culinary delights such as Black Forest and Swiss Cuisine dinners.”

We could all use more 3-course lunches in our lives. Are you going to be one of the first people on a cruise when they start up again?