Eating It Up in St. Thomas 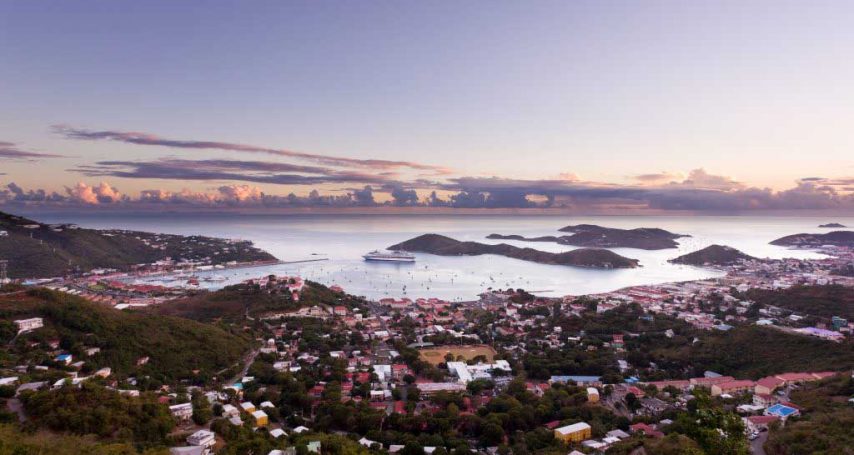 In my 10 years of weekly visits to St. Thomas by cruise ship, it had never entered my mind that a food tour would be an excursion of any consequence.  I had indeed savored dozens of delicious dinners at world class restaurants on the island but with gourmet dining my prime objective, a food tour wasn’t on my culinary bucket list menu.

That was then, but these days after realizing the fun component of noshing on off the wall entrees on food tours around the globe, the opportunity to participate on one in Virgin Island paradise seemed like the thing to do.  Thanks to Gerard Sperry, the founder of St. Thomas Food Tours, we marched to a different drum on a culinary parade through the backstreets of downtown Charlotte Amalie.

The tour begins at the venerable Ft. Christian, a vestige of Danish history followed by a short stroll through Emancipation Square, allowing for fascinating narrative on island folklore, the deplorable slave trade and the eventual emancipation. The unique thing about the tour is the way it starts with an appetizer of information and island background expertly explained by Gerard, followed by delving into a five course sampling of tasty island treats.

With history under our belts it’s time to expand them a notch or two with the first stop at E’s Garden Teahouse. A block off the well trodden tourist trail of Main Street, the colorful shop is a hybrid boutique/bar/art gallery/tearoom deli. Starting with a refreshing mango/hibiscus tea, the morning’s snack is imbibed with a delicious seafood quiche. Takeout lunch and dinners featuring West Indian dishes are popular with the in-the-know local crowd. 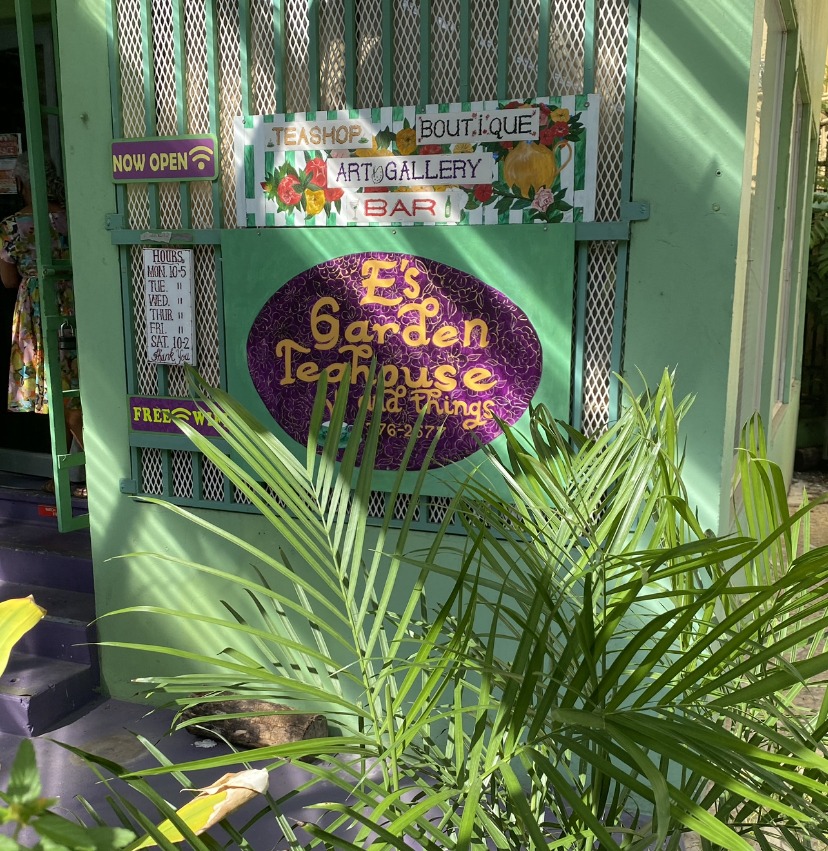 With pep in our step we walk down a back street and duck into an alley entrance to MBW Cafe & Bakery. Bakeries may come and go but who could resist one that is a non profit operation dedicated to assisting at risk youth. The My Brother’s Workshop organization is supported by donations and teaches technical skills in culinary arts, boat repair and carpentry skills. Oh, and did I mention that they serve up the best coconut rum muffin I have ever tasted?

Crossing the shop lined Main Street we squeeze into the narrow alleyway known as Royal Dane Mall and check in at Gladys’ Cafe. The stone walls and handcrafted bar create a classy ambiance that has made it a popular institution for visitors as well as the local business crowd. In addition to serving one of the heartiest breakfasts in town, it’s Gladys’ signature island recipes that make the venue so special. 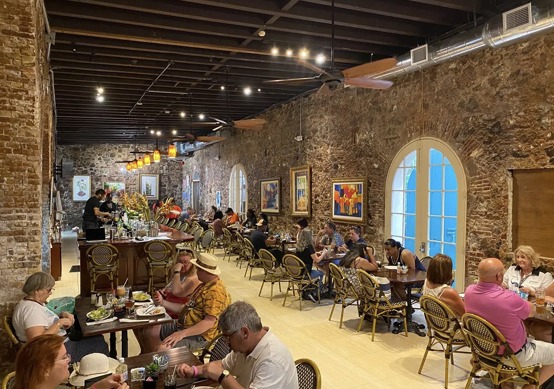 I’m a sucker for conch fritters and I’ve had my share as an island vagabond and those experiences have largely been hit and miss. Some with too much breading and others with too much oil but  I’ll give the ones here the first place trophy as the best of the rest. More than enough conch, just the right flavor and not a hint of old oil.  Alongside the tasty morsels of crustacean, a bowl of secret recipe Calalloo, a soup styled dish of greens, salt fish and spices and a side of West Indian fungi, a polenta like mix of corn meal and okra topped with a calypso sauce make up a sampler plate of island indulgence. 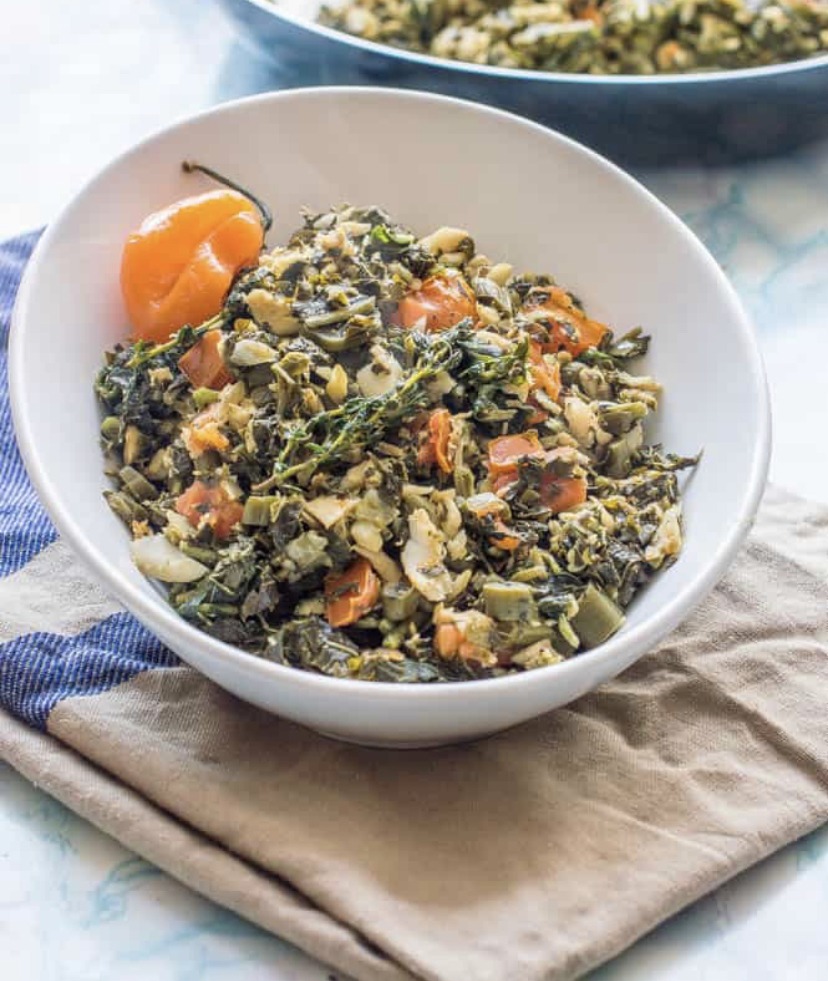 But what about endemic street comfort food? I thought you’d never ask. On the waterfront directly in front of the popular GreenHouse Restaurant is a hole in the wall vendor serving up a choice of “pattes”, a cross between an empanada and a Jamaican patty.  Fashioned with a pastry shell wrapped around your choice of seasoned beef, chicken or fish, it’s a quick bite for on the run visitors.

It’s been two hours of engrossing chatting, chewing and island gossip with not a mention of rum, but that neglect is short lived as we head into the fashionable Palm Passage and grab a seat at the sidewalk Amalia Cafe. With no chance to take a breather, the table is set with their rumored Painkiller. It’s a blended tropical concoction of Virgin Island Cruzan Rum, pineapple juice, orange juice and creme of coconut that aptly lives up to its name.

Forsaking Michelin extravagance in favor of island casual and blending in the ingredients of culture, spice and local customs is a can’t miss recipe. I’ll take backstreet savvy, an outdoor tropical breeze and an insider’s take over fine wine and caviar any day.