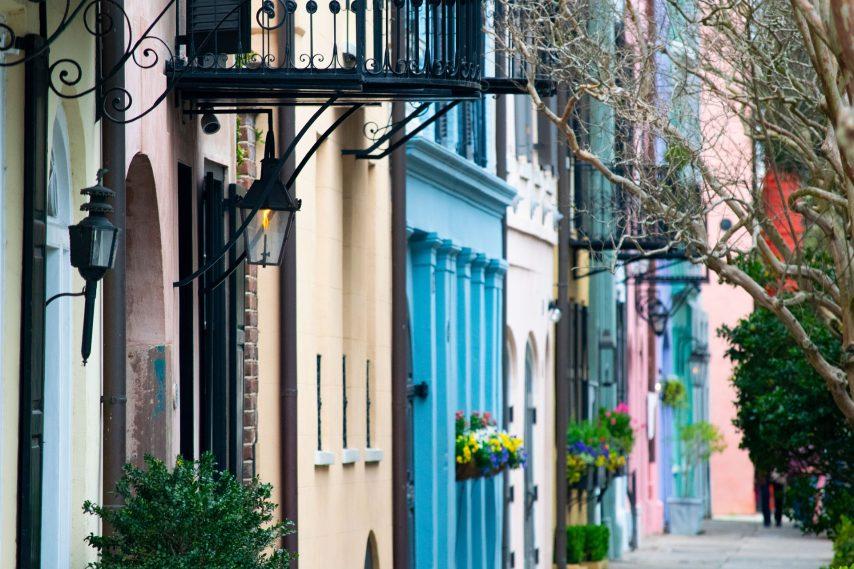 With a history that extends back to the Colonial Era of America, Charleston is a port city that is packed with American history. From the historic downtown to Fort Sumter, there is a historical marker that ties Charleston to the major wars fought on South Carolina soil, as well as displaying life as it was during that time period. While you are waiting to board your cruise ship, take some time to experience Charleston through the years, experiencing the American South.

Battery Park has a long history in Charleston, SC. During the American Revolution, Battery Park was home to two Forts. It provided a seawall that soldiers used as a defense against the English and then later against Union soldiers in the Civil War. This area has served the citizens in South Carolina through several centuries and reflects an antebellum architecture that is rarely found today. While in the area, take a visit to White Point Garden.

Take a tour of where the Civil War began. Board the ferry at Liberty Square downtown and be transported in time to 1861, where South Carolina led the Southern secession from the Union and fired upon Union forces. Experience a quick half an hour cruise to the island from the mainland. Guides and narrators are available for historical insight and navigation throughout the Fort. Conclude your visit with a quick museum visit, gift shop, and a short cruise back to the harbor.

RELATED:Carnival to Bring Newer, Larger Ship to Charleston in 2019

One of the oldest plantations still in existence in America, this plantation was build in the 1680s shortly after settlers arrived in Charleston, and is a living example of the changes throughout the centuries. This plantation invites guests to take a tour through history, experiencing the Gullah culture that is native to the Charleston area and African-American history in the American South. Experience a working farm that has continued to survive through the centuries on the Plantation, and a butterfly garden that will leave you in awe.

Shop At The Market

Found in the center of historic Charleston, the Market has been a part of the city’s history since 1790 as a gift from General Pinckney of the American Revolution and is still used daily for vendors. It has been the central Market for Charleston residents for over two centuries. It is the size of four city blocks and with the latest construction includes six structures. Shopping at the market allows visitors to enjoy local art and gift items such as handwoven baskets from the Gullah community, which a Charleston staple.

Experience Charleston Before You Cruise

The history that can be found in Charleston, SC is not like other port cities in the United States. Long before cruise ships were departing from its Harbor, Charleston has been a port city important to the development of the American South. With these tours lasting around two hours each, you will have plenty of time to experience all the history before your cruise.