President Trump in Miami, Will He Talk Cruising?

President Donald Trump will speak at a town hall event tonight with PortMiami as the backdrop. 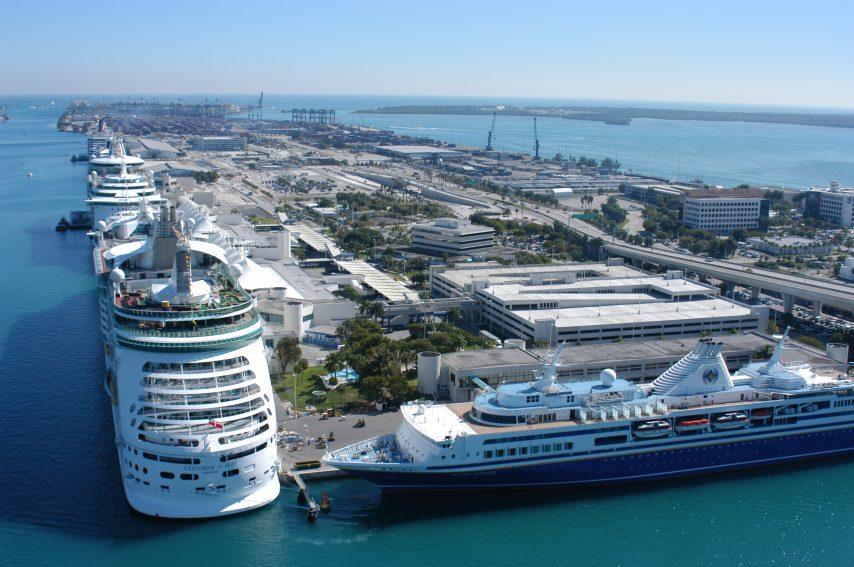 He might be the most important man in cruising. Who could that be, you ask? Why, the President of the United States, of course.

The one thing stopping us from taking a cruise vacation right now is the Centers for Disease Control and Prevention’s no-sail order in effect since March. Who has the authority to overrule that order?

Yup, you guessed it.

Both the President and Vice President are scheduled to be in Miami today on the heels of a conference call last week with cruise line executives, Dr. Robert Redfield of the CDC and ranking members of the Healthy Sail Panel. While some are worried about the traffic on the MacArthur Causeway during the visit, we’re anxiously awaiting the green light to cruise again.

The CDC’s position is crystal clear; cruise lines need to demonstrate an ability to cruise safely. The industry believes, based on successful sailings in Europe all summer long, that they can restart operation in the coming months with proper health and safety protocols in place.

When the President speaks at a town hall-style event tonight, he’ll be asked questions about COVID-19 and how America can recover from the fallout. It seems fitting, almost poetic, that the event will take place outdoors at the Pérez Art Museum with sweeping views of Dodge Island, home to the busiest cruise port in the entire world – PortMiami.

No other industry has felt the impact of the shutdown quite like cruising. Just weeks ago, the port played host to protests from cruise workers angry that they’d been without a paycheck for going on eight months.

Look around the country, do you see any other industries in a complete shutdown due to COVID-19? The NFL is in the midst of their season with positive cases galore. They’ve had to cancel games for multiple teams after players, coaches and training staff caught the virus. Is the CDC instituting a no-play order? Teams will hop on planes and fly all over the country this weekend. Does that seem fair to you?

From the administration’s actions over the past few weeks, it seems like they’re all for a restart to cruising. They began a dialogue with cruise lines about getting back to normal sooner rather than later and that’s a positive for everyone.

Descriptions of the town hall event tonight indicate that the President will field questions from Florida voters on critical issues.

We know what we’d ask him.