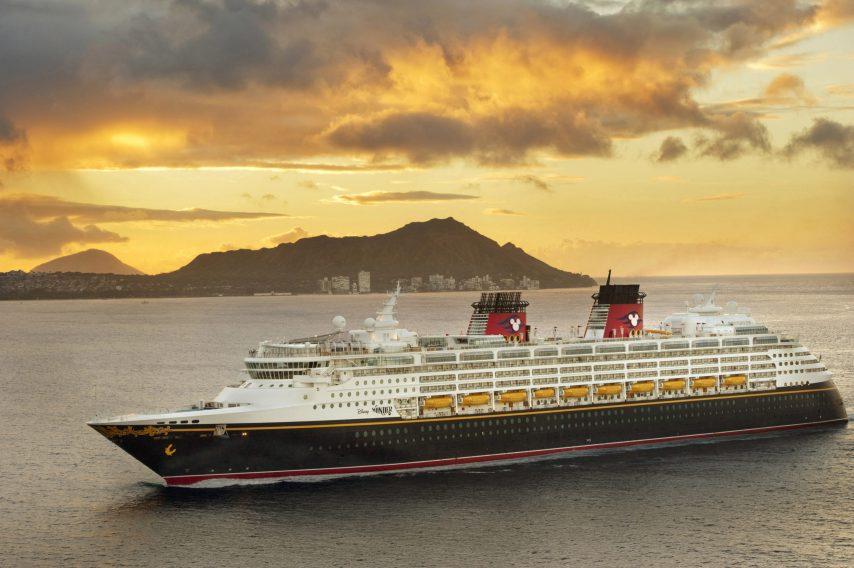 It feels like everyday we’re inching closer and closer to a return to cruising. While some are focused on booking for the next couple of months, Disney Cruise Line is looking long term with a slew of new itineraries for 2022 and beyond. They also released new details about the upcoming Disney Wish which is set to debut in the summer of 2022.

Not only will the cruise line return to Hawaii, but there’s also new cruises in the Bahamas, Caribbean and Mexico with cruises leaving from New Orleans, Galveston, Texas, San Diego, Miami and Port Canaveral, Florida.

Disney Wonder will now cruise to Hawaii in early 2022 for two 10-night cruises: an itinerary to Honolulu from Vancouver, Canada, on April 26, and a return sailing to Vancouver on May 6.

Sights include the famous beaches of Waikiki on Oahu; the summit of Haleakala Crater on Maui; the tropical gardens and waterfalls of Kauai; and all the natural wonders Hawaii has to offer.

Disney is known for fantastic vacation packages and cruisers can combine a Disney cruise getaway with a stay at Walt Disney World Resort in early 2022 with two ships sailing from Port Canaveral near Orlando, Florida, and a third ship departing from Miami. Every cruise from Florida in early 2022 includes a visit to Disney’s private island, Castaway Cay.

Cruises from Galveston and New Orleans

Disney Wonder will cruise the Western Caribbean first from Galveston, Texas, with four-night itineraries, followed by four- and six-night voyages from New Orleans.

Disney Cruise Line is also promoting a six-night Bahamian cruise offered from both Galveston and New Orleans with a stop at Castaway Cay and Key West.

Disney Wonder will return to San Diego in March and April with cruises to Baja, Mexico. Cruises include stops in Ensenada, a charming Mexican port town as well as Cabo San Lucas, Mexico and Catalina Island off the coast of California.

Disney Wish is scheduled for its maiden voyage in summer 2022 due to COVID-19 delays at the Meyer-Werft shipyard in Germany. The ship will be powered by liquified natural gas (LNG), making it the cleanest burning ship in the Disney fleet. It will also be slightly larger than other Disney ships at approximately 144,000 gross tons and with 1,250 guest staterooms.

Which Disney Cruise Line itinerary would you choose? Let us know in the comments!