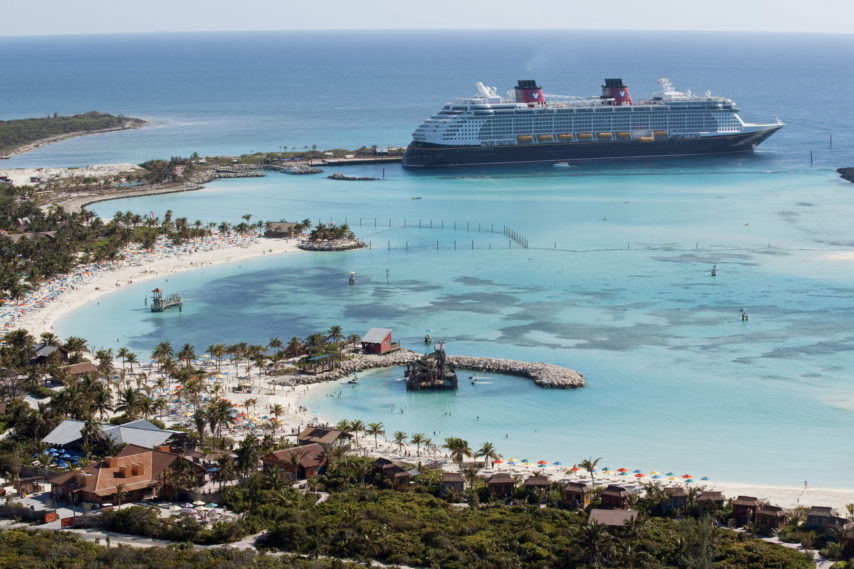 What does a typical day on a charter cruise look like? A meet-and-greet opportunity in the morning, a Q&A session with an artist in the afternoon, a deck party with performances in the evening, a commemorative pillow gift at night. Charter cruises are, you could say, “vacations on steroids,” providing even more than a regular cruise in the way of entertainment, activities, opportunities to rub elbows with artists and celebrities, and other features typically themed to an interest.

Another way charter cruises provide more than regular voyages is in instant camaraderie – these voyages themed to an interest typically attract like-minded people who have opportunities to mingle in more sociable activities like parties, concerts, question-and-answer sessions, trivia contests and the like. One of my favorite charter cruise companies is Disney Cruise Line. 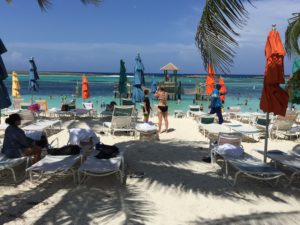 My latest experience with this type of voyage was a Disney Vacation Club (DVC) cruise. The DVC is a vacation timeshare program owned by Disney Signature Experiences, and this cruise for DVC members, one of the available benefits of membership, was a celebration of all things Disney that took us on a four-night sailing to the Bahamas from Port Canaveral aboard Disney Cruise Line’s Disney Dream on July 23-27. The cruise also stopped at Castaway Cay, Disney’s private island.

In addition to hobnobbing with the most famous mouse in the world and his pals including Minnie Mouse, Donald Duck, Pluto and many others, posing for photos with them and getting their autographs, we could also goof off during special, one-of-a-kind events created for the cruise.

These included, on board the Disney Dream, a full advance screening of Disney’s live action feature film “Christopher Robin” opening in theaters on Aug. 3. The movie, presented in the ship’s Walt Disney Theatre by Walt Disney Studios’ Lisa Cabello, stars Ewan McGregor (“Fargo”) as Christopher Robin, with Jim Cummings reprising his roles as the voices of Winnie the Pooh and Tigger.

In all, 35 Disney legends and artists as well as celebrities and personalities in various fields participated in activities during the cruise, including Walt Disney Animation Studios’ Josie Trinidad, head of story for “Ralph Breaks The Internet, Wreck-It Ralph 2,” who presented a behind-the-scenes look and scenes from the movie scheduled to open in theaters on Nov. 21.

Other special events onboard ship exclusive to the charter cruise included: 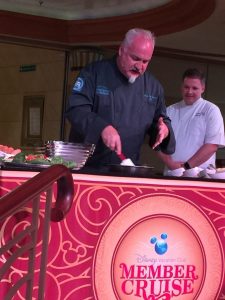 * a talk by Pete Docter and Michael Giacchino, the director and composer of Pixar Animation Studios’ “Up” and “Inside Out,” about how these Academy Award movies developed from scene to score.

* a Cooking in the Atrium presentation with celebrity chef Art Smith (who served as chef to Oprah Winfrey for many years) and food-and-wine personality Marcy Carriker Smothers (author of “Eat Like Walt”) during which the two celebrities shared stories and prepared a macaroni Mickey mousse.

* talks by screenwriter Jared Bush (Disney Animation Studios’ “Zootopia” and “Moana”) and by Roy Patrick Disney (son of Disney Legend Roy E. Disney and grandson of company co-founder Roy O. Disney), who shared what it was like to “grow up Disney.”

Onboard entertainment also included not the usual one, but two editions of Disney’s fireworks at sea; deck parties including a Member Mouse Party celebrating 90 years of Mickey Mouse and Minnie Mouse with not only the characters but also the voice actors – among them Bret Iwan, who succeeded the late Disney legend Wayne Allwine as the voice of Mickey Mouse – plus sweet treats and fireworks. Other voice actors onboard included Disney Legend Bill Farmer who voices Goofy and Pluto. 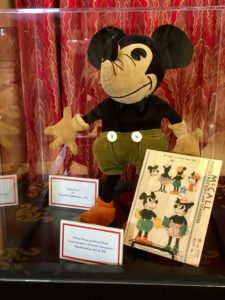 A special exhibit for Mickey and Minnie fans from Treasures of the Walt Disney Archives displayed authentic artifacts associated with the world’s most famous mice including a vintage Mickey Mouse plush doll that Walt Disney was often photographed with. Yet other special offerings included a concert in the show lounge with Disney On Broadway stars, including Ashley Brown (Broadway’s original Mary Poppins). The concert, “Stars Set Sail: Heroines And Heroes,” celebrated heroes and heroines real and imagined. 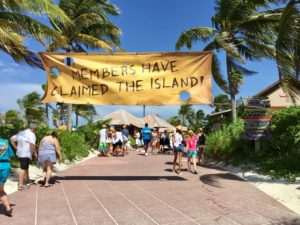 Ashore during two visits to Disney’s private island of Castaway Cay in the Bahamas – bedecked with a banner proclaiming that “Members Have Claimed The Island! – special events included Member Mouse Parties with Midway Games and an Island of Heroes with beach games and a Community Heroes Project in which guests could participate in a Disney Vacation Club project by stuffing backpacks with school supplies to be donated to local Bahamian children.

DVC keeps entertainment and other features of its future charter voyages on Disney Cruise Line close to the vest, so there are no details on those aspects of the 2019 voyages. And each voyage may offer unique features. For example, a 2017 DVC Member Cruise kicked off with an unprecedented Member Cruise Film Festival featuring screenings of more than 20 films (including Olaf’s Frozen Adventure, months ahead of its release), studio and filmmaker presentations, interactive workshops and special deck parties. That voyage also celebrated 50 years of Pirates of the Caribbean, presented talks by Disney Legends, concerts and conversations with Disney on Broadway stars, among other features.