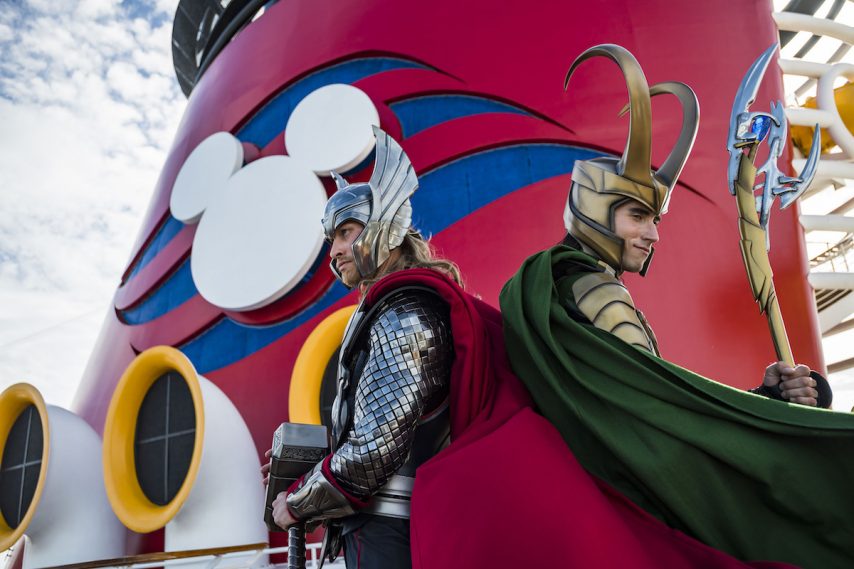 From January to early March 2019, special 7-night Disney Fantasy sailings will cruise to the Caribbean — and a galaxy far, far away — during the Star Wars Day at Sea. The experience brings the legendary adventures and iconic characters from the Star Wars saga with Jedi, wookiees, droids, stormtroopers, and others during the special daylong celebration. The full day of Star Wars activities includes a deck party with fireworks, character encounters, Star Wars–themed family and youth activities, unique food and beverage offerings, and special merchandise.

From January to early March 2019, special 5-night Disney Magic sailings to the Caribbean and Bahamas will feature an action-packed, daylong celebration of the Marvel Universe.

Marvel Day at Sea brings the thrills of renowned Marvel comics, films, and animated series to one action-packed day on the select sailings and will include all-day entertainment such as character interactions with Marvel Super Heroes and Villains, a deck show spectacular, Marvel-themed youth activities, special merchandise, and unique food and beverage offerings.