Silversea Expeditions gets a culinary round of applause. 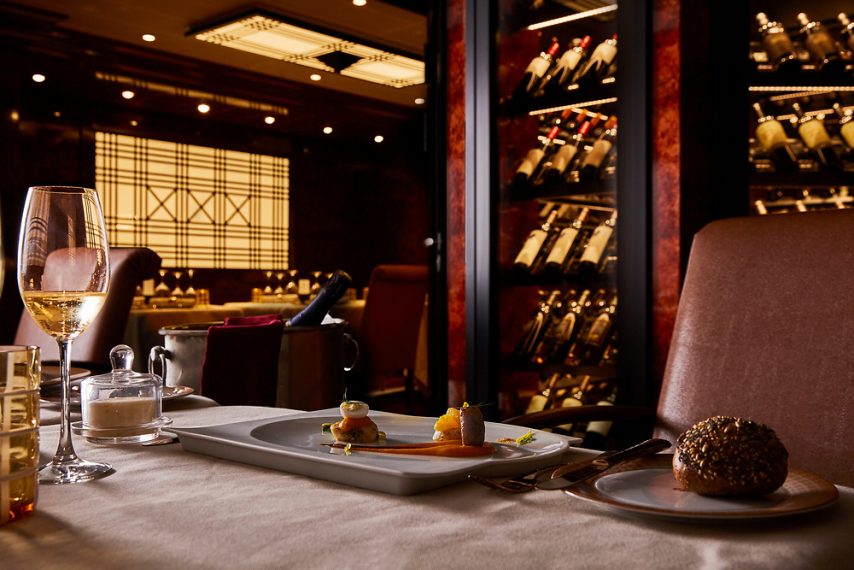 Imagine nibbling caviar, the roe and accoutrements shaped like a flower. Picture tucking into a lobster tail adorned with truffled leeks, before a Grand Marnier soufflé is rushed tableside. Such extravagant repasts are the norm on luxury cruises, especially in seas like the Mediterranean or the Caribbean, where access to posh ingredients is easy. But in Antarctica? On an expedition ship? Never. Until now. Meet Silversea Expeditions’ Silver Cloud, where after a more than $40 million refurbishment, guests applaud house-made ravioli as much as they do penguins.

Nothing Beats a Dame 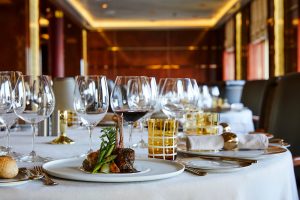 Six courses of fabulous food paired with premium wines, all presented by a discreet waiter who appears at just the right moment to satisfy every culinary whim? Such service mastery is de rigueur in La Dame by Relais & Châteaux, no matter which

far-flung sea Silver Cloud sails. With but 12 tables to feed, La Dame’s deft chef fusses and frets over every plate until each of the multiple components harmonize into one awe-evoking dish.

The menu reads like a multicourse love affair with food. Costly coveted ingredients, from Normandy butter to Limousin beef, star in nearly every course. Do you love caviar? Expect one entire ounce as a portion. How about foie gras? Try this take on seared goose liver: cleverly presented with Bordeaux wine–poached pear, savory pear crisp, and Poire Williams (pear liqueur).

Consider La Dame’s Cognac-splashed lobster bisque, the gastronomic take on the little black dress — timeless and chic. No ordinary bisque, it’s light on cream, depending instead on its highly concentrated shellfish stock base and plentiful Maine lobster chunks for flavor.

I usually eschew sorbet intermezzos as a sugary affectation, but when one stars the French Menton lemon — praised as the world’s sweetest — then yes, please. This sorbet tastes like the most amped-up lemon I’ve ever eaten, nearly shockingly citrusy and bright.

The double-thick lamb chops are juicy enough to devour unadorned, yet the thyme-infused silken lamb jus makes the lamb taste, well, more lamb-y, and even juicier. And how pretty is the modern marriage of lobster tail paired with pea jus? The slick green sauce just pops against the red shellfish.

If you prefer a savory, rather than sweet, dessert, may I suggest the French cheese plate? Expect goat, sheep, and cow cheese, varying in textures from creamy to hard. Otherwise, order a Grand Marnier soufflé. Its baking is timed like a military operation; it arrives all puffy and still quivering under a glass dome.

With a golden crust and custardy center, it’s technically perfect; I doubt Julia Child could do better. Wielding a tiny knife, the server expertly slashes into the middle and pours in a considerable amount of crème anglaise. How easy it is to polish off this soufflé. I even scrape the ramekin sides, for the last possible bite.