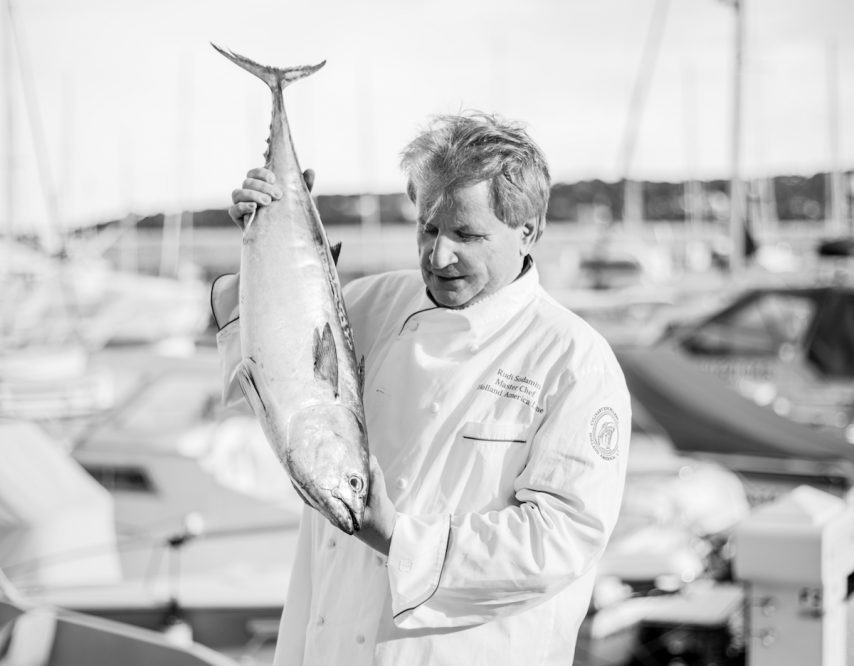 Holland America Line, once known more for staying the course rather than progressive pursuits, has quietly and impressively transformed its brand image into a far more compelling package, especially when it comes to its gastronomic allures. And that, my friends, is where I get enthused. Read on to see why we all should rub our hands with glee when contemplating dining aboard Holland America’s ships.

Consider Rudi Sodamin, Master Chef for Holland America Line, a top toque of the cruise world. This Austrian-born high-energy chef exudes creativity and passion. Sodamin’s interest in cooking began when he was merely 5 years old, thanks to having a professional chef as a mother. After training in France, he globe-hopped, working in noted kitchens both on land and at sea. Among numerous culinary awards, he has won the prestigious Golden Cloche, the highest culinary honor bestowed on chefs working outside Austria. He even finds time to write cookbooks. His latest tome is an art book – Food Faces – featuring more than 150 intricate images of edible ingredients artistically arranged into whimsical “faces.”

Onboard, beeline it to Sel de Mer, the French-Mediterranean seafood brasserie designed by Sodamin, and marvel over the Bernardaud charger plates displaying some of these incredible images.

Counsel from the Council

I admit, I first thought that forming Holland America’s Culinary Council was more of a public relations stunt than a noteworthy event. But this esteemed group of star chefs, chaired by Rudi Sodamin, is deeply involved in creating onboard dishes and members sometimes join cruises as celebrity guests. They host cooking demonstrations, schmooze with passengers, and even….