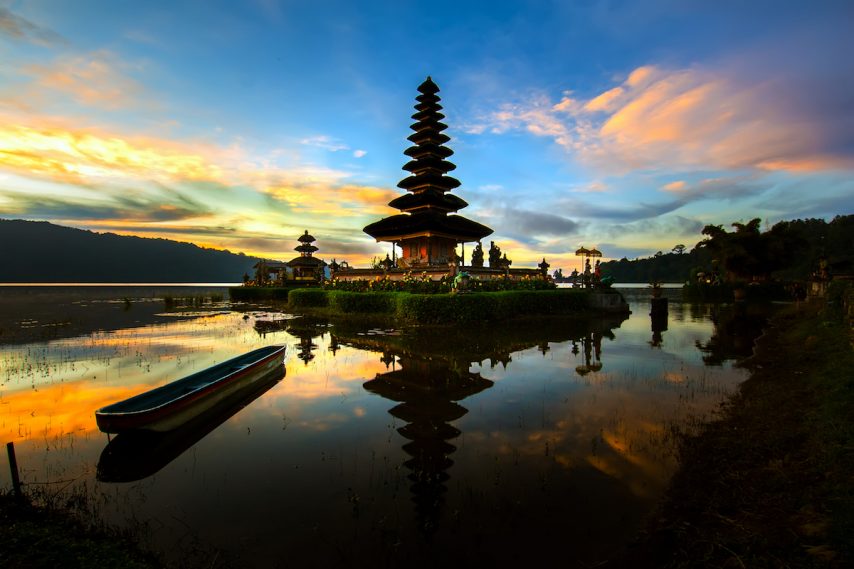 With more than 17,000 islands, Indonesia is the world’s largest archipelago. The Southeast Asian nation’s various bits and bobs include some of the heavyweights of the insular world — Borneo, Sumatra, and New Guinea — as well as two of the world’s most fabled islands in Bali and Java. But many of the smaller islands are also unique. Komodo is known for its giant lizards; Nias is one of the holy grails of the wave surfing world; Sumba has its fabled horsemen.

As part of the Ring of Fire, Indonesia’s geography is both rugged and fierce. For millions of islanders, living near volcanoes is a way of life. Some of them (like Krakatoa) are the stuff of legend; others (like Merapi in south-central Java) remain very active. Landscapes vary from the verdant rice terraces of Bali and the pristine rain forests of Sumatra to the skyscrapers of modern Jakarta and lofty mountaintops in Irian Jaya (the Indonesian half of New Guinea) with permanent snow and ice.

Indonesia’s cultural fabric is just as diverse. All three of south Asia’s great religious cultures — Buddhism, Hinduism, and Islam — swept over the archipelago in ancient times. Today, it’s the world’s largest Muslim nation. But there is a sizeable Christian minority, and ancient tribal beliefs still hold sway in much of Borneo and Irian Jaya. Although the vast majority of Indonesians are still farmers, there’s a rapidly growing middle class as personified by the chic shopping and restaurants of Jakarta.

Sprawling 3,200 miles from east to west, Indonesia would stretch from Iceland to Egypt if superimposed over a map of Europe. The giant island of Sumatra anchors the western end of the archipelago, opposite Singapore and Malaysia. New Guinea anchors the eastern end, while Borneo and Sulawesi islands hover in the north. Java and Bali float near the center of the archipelago, the cultural yin and yang of Indonesia in so many different ways.

The country is a true crossroads. It fills most of the watery gap between Australia and Southeast Asia, and also divides the Pacific and Indian Ocean basins. The invisible Wallace Line — which runs down the middle of Indonesia — separates the drastically different flora and fauna of Asia and Oceania. Nearly half of the country’s 240 million people live in the island of Java, one of the planet’s most densely populated places.

Jakarta alone has almost 10 million inhabitants, a helter-skelter capital city that’s a hub of both government and big business. In Yogyakarta, Java also boasts the nation’s last sultanate, as well as the highland university city of Bandung.