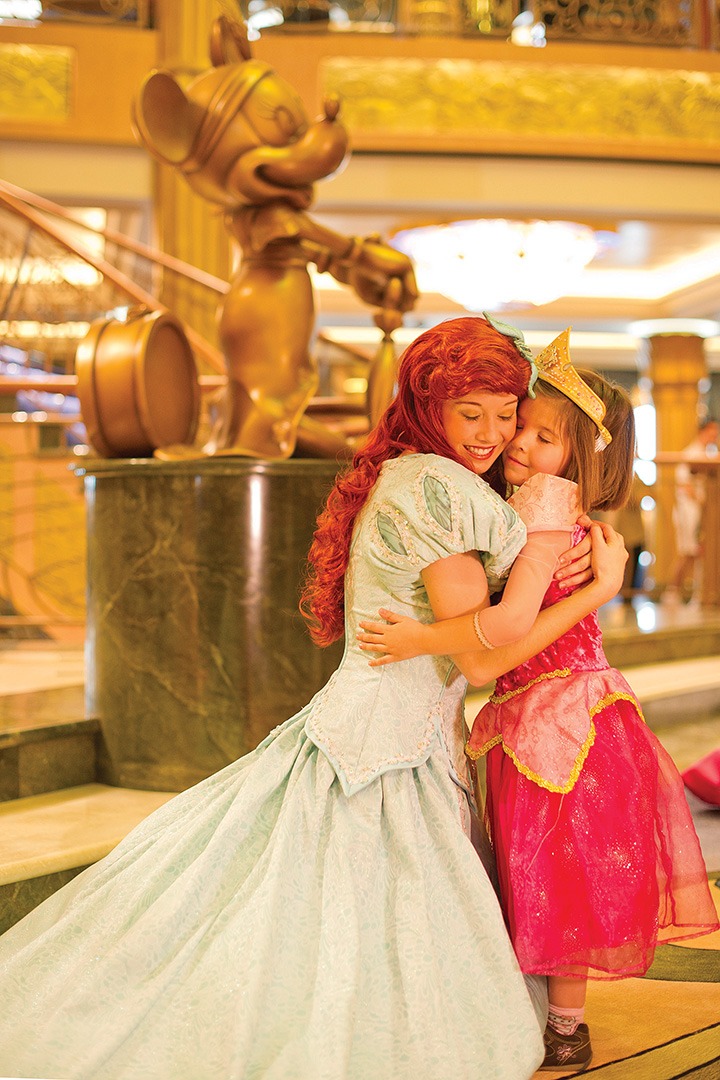 Creative Imagineers use immersive experiences to tell a story.

Call it a coming of age for Disney Cruise Line. Not only does the family-centric cruise line have a fifth and sixth ship debuting (in 2021 and 2023), it now has its own high-level team of Walt Disney Imagineers based at its headquarters in Celebration, Florida.

So what exactly is an Imagineer? According to Disney, the name “Imagineering” combines imagination with engineering. Building on the legacy of Walt Disney, Imagineers create immersive entertainment experiences, primarily for the theme parks and resorts. Design work on the ships previously took place at the Imagineering campus in Glendale, California, with the cruise line’s operations team in Florida. Now everything from concept to design to development is under one roof.

From Shore to Ship on Disney Cruise Line

“Having [the Imagineers] housed right here together with the business is pretty important,” says Disney veteran Theron Skees, who joined the cruise line in March 2016 as vice president in charge of the creative operation. His previous projects included overseeing design at Disney Springs (formerly Downtown Disney) at Walt Disney World Resort and he’s also worked on attractions including Tower of Terror at Disneyland Paris.

Skees is well versed in the Disney design philosophy, which has storytelling at its core. “We never just build a thing,” he says. “We always build a thing that ties into a story or furthers a story or creates a place where a story can take place.”

In that respect, he sees designing cruise ships as not that much different than land-based attractions.

“I’ve never designed and built cruise ships before, so the learning experience has been, and I am sure will continue to be, just amazing,” Skees says. “But the way we tell our stories at Disney is pretty consistent, whether that’s entertainment, a show, a park, an attraction — or our ships.”

In moving to the cruise line side of the business, Skees says he had to get used to a few things, including space limitations.
“Everything is condensed. You really have to think about space planning and how we actually move 2,000 to 4,000 guests throughout the body of the ship,” he says.

For his design team, Skees is able to pull talent as needed both within the cruise line and from the Walt Disney Parks and Resorts global network of cast members, including from nearby Walt Disney World Resort. The size of the team varies based on the size of the project.

Last year, when one of the cruise line’s original ships, the 1999 Disney Wonder, underwent a major redo in dry dock, Skees called in Imagineers who are experts in interior design, technology, special effects, and other areas.

The idea was to refresh the 83,000-ton ship. But when Disney Cruise Line refreshes, it goes way beyond new carpet and paint, Skees says. The addition of the musical Frozen, A Musical Spectacular in the ship’s Walt Disney Theatre and a Marvel Super Hero Academy in the Oceaneer Club grabbed a lot of attention. But there was also much focus by Skees’ team on new design details. The team, for instance, decided to take The Little Mermaid theming in the ship’s….