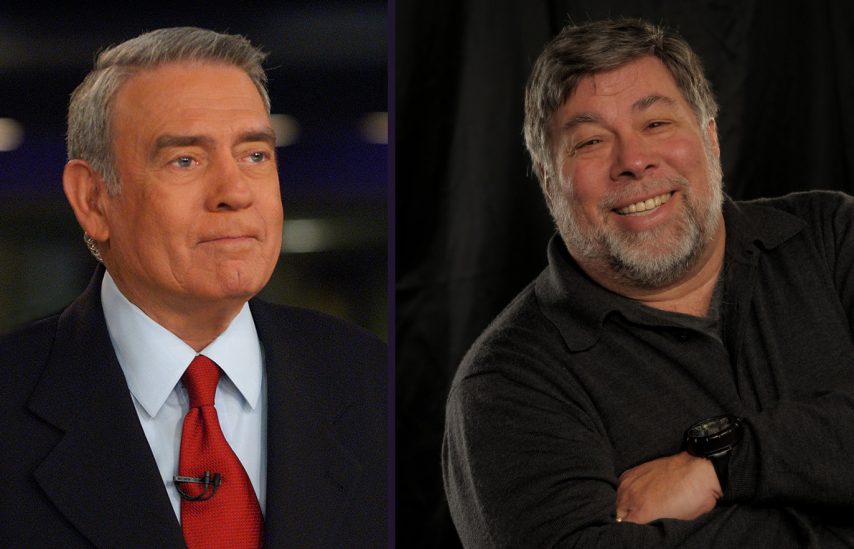 On the ultra-luxury line’s ships, speakers not only provide presentations, but may share meals, adventures ashore, and casual chats with guests throughout the voyage.

“We always seek the most engaging speakers to participate in our Seabourn Conversations program on Seabourn vessels around the world,” says John Delaney, Seabourn’s senior vice president, marketing and sales. “With global perspectives drawn from personal experiences in the realms of culture, history, innovation, adventure and art, we’re very excited to welcome the line-up of distinguished speakers for our guests.”

America’s longest-serving nightly news anchor Dan Rather, who retired in 2005 after 24 years at helm of CBS Evening News, will join Seabourn Odyssey‘s 20-day Panama Canal cruise from March 21 to 24, 2016. Renowned for his compelling reporting, he is an author of several best-selling books including his autobiography Rather Outspoken.

Apple co-founder Steve Wozniak, who was awarded the National Medal of Technology by President Ronald Reagan in 1985 and inducted into the Inventors Hall of Fame in 2000, will participate on Seabourn Odyssey‘s 20-day Holiday Panama Canal cruise, which departs Fort Lauderdale on December 15, 2015, and arrives in Los Angeles on January 4, 2016.

The rest of the conversationalists will sail on Seabourn Odyssey’s 77-day Pacific Realm Exploration, departing Los Angeles on January 4, 2016, bound for Sydney, Australia, and returning on March 21, 2016.