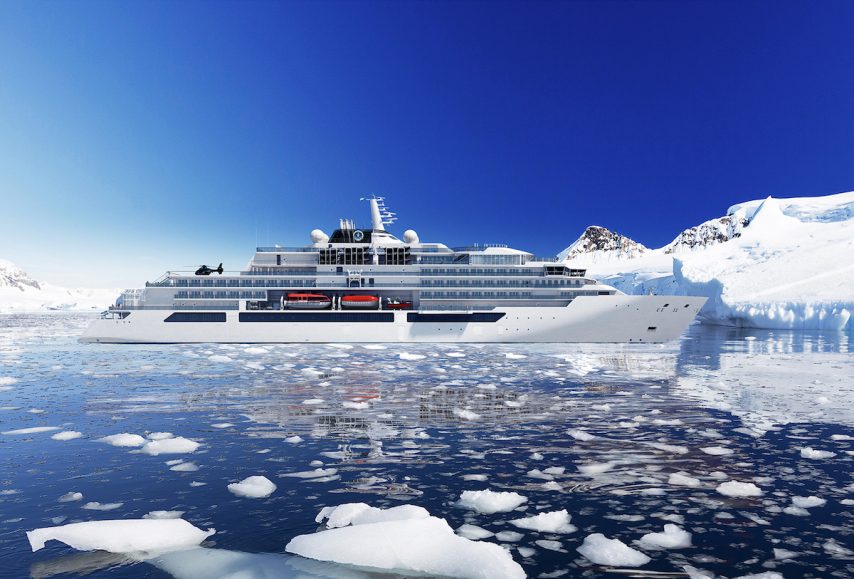 The newest member of Crystal Cruises’ fleet is officially on its way after the shipwrights at MV Werften in Stralsund began cutting the first piece of steel this week.

Crystal Endeavor, the luxury line’s first polar-class expedition yacht, is set to debut in 2020 with all-suite design and special technical innovations meant to handle extreme environments in some of the worlds most remote – and most beautiful – locations.
The 25,000 g.r.t. ship will measure 600 feet long with 100 guest suites and a PC6 Polar Class designation, allowing it to cruise in the Arctic and Antarctica even in the icy autumn months. Computer-controlled thrusters will also allow the megayacht to “hover” in place, maintaining position over coral reefs and other underwater wonders without dropping anchor and allowing guests time to explore sunken galleons and even passenger ships like Titanic using a Remote-Operated Vehicle and SEABOB underwater scooters. 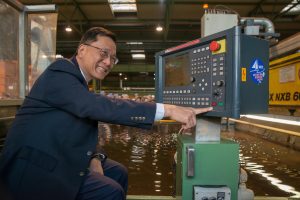 “We look forward to this innovative expedition yacht with great anticipation in the Stralsund shipyard,” Tan Sri Lim Kok Thay says. “A highlight is our investment of over 20 million euros in new equipment so that the Stralsund shipyard will be able to continue to build cruise ships efficiently in the future.”