Get that disco nap in early because there’s a world of cruise ship nightclubs to hit up when the sun goes down. 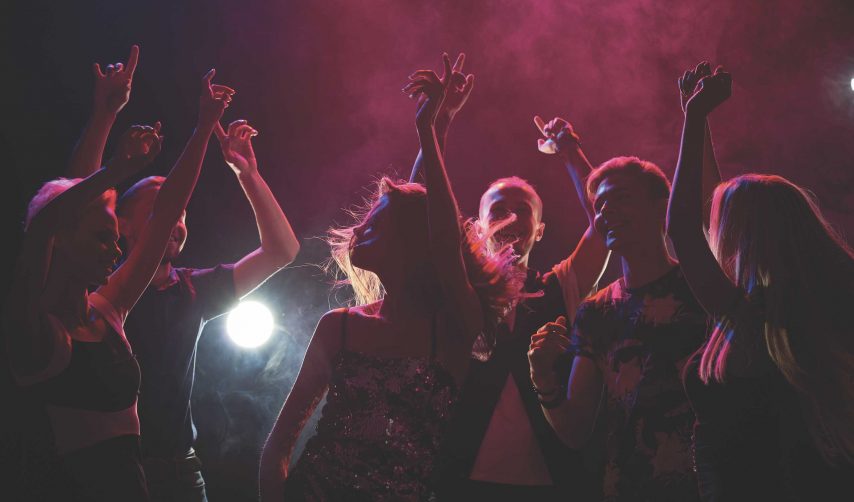 Not too long ago, a get-down, get-funky night of dancing to popular music was nearly unheard of linaboard a cruise ship. A disco, if there even was one, was stashed away like an afterthought in the bowels of the ship or on the topmost deck so as not to offend passengers for whom “dancing” meant attempting to cha-cha to “The Girl from Ipanema” in the main lounge. In the late 1970s, the disco ball made its first at-sea appearance, affixed to ceilings of small, lackluster spaces. And for years, these mirrored glass icons cast their dizzying lights upon near-empty dance floors while some staffer made a few extra bucks serving as DJ, spinning a warped vinyl copy of Saturday Night Fever or Stars on 45. How things have changed.

With cruise ships attracting a vastly younger demographic, nightclubs (the word “disco” seems to have faded away while I wasn’t looking) and their high-tech sound systems and professional disc jockeys are riding a powerful wave at sea. The music has morphed from the rock and disco tunes of the ’70s and ’80s to bass-thumping hip-hop and hypnotic techno played, most often, at ear-splitting volume. The humble disco ball was retired and has been replaced by an entertainment experience, characterized by mesmerizing visuals like undulating light displays, programmable lasers, video walls, and outlandish theme décor.

Cruising’s hottest new clubs are aboard …

It’s not surprising that a cruise line with origins dating back to the launch of the punk- and new wave–driven Virgin Records would showcase today’s hottest sounds on its first cruise ship. Scarlet Lady brings with her The Manor, a two-deck space pierced with multi-colored beams of light and designed specifically for dance parties that rock into the wee hours. You’ll also find the revolutionary Red Room, a transformative space that can morph from a traditional theater to a flat-floor dance configuration just like that! But Virgin takes its dance parties ashore as well with The Beach Club at Bimini, the line’s private island, and its resident Deck DJ program that, on specialty sailings, features such renowned talents as Mark Ronson, Diplo, DJ MK, and Sofi Tukker.