Cruising to Genoa: Your Guide to a Day in Port 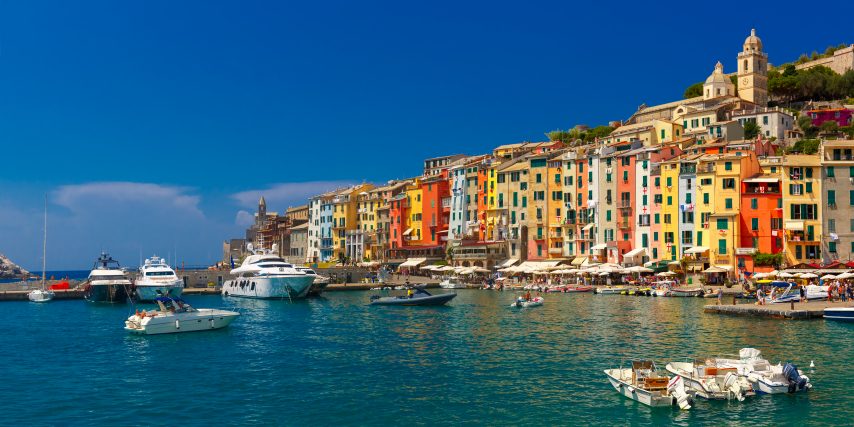 Cruise passengers arriving into Port Genoa are gliding through waters steeped in history and mystery. Some of the world’s most notorious explorers hail from this hearty seaport city, including none other than Christopher Columbus himself. In fact, an 18th-century reconstruction of the house in which he grew up now hosts a museum just outside the city’s ancient 14th-century stone walls.

Genoa Port is the second-largest seaport in the Mediterranean and forms a semicircular enclave of water dotted day and night with massive cruise vessels and ferry boats. It also harbors the historical Porto Antico, from which sailors-of-old launched brave new journeys to undiscovered lands. The once-tattered waterfront near the original port now brims with energy and excitement, making it the perfect way to start a shore-day in seaside Italian town.

Where to Start: Porto Antico

Upon arrival into Genoa Port, make your way around to Porto Antico, a short walk from any of the cruise-shop docks. Since the city’s main attractions are within 10 or 20 minutes by foot, there’s plenty of time to first enjoy the cafes, small shops and cultural spots that have sprung up in the old port area since its remarkable revitalization in the past few decades. It’s now a favorite spot for locals to meet up on a Sunday afternoon for cappuccinos, ice cream, jogging and dog-walking. 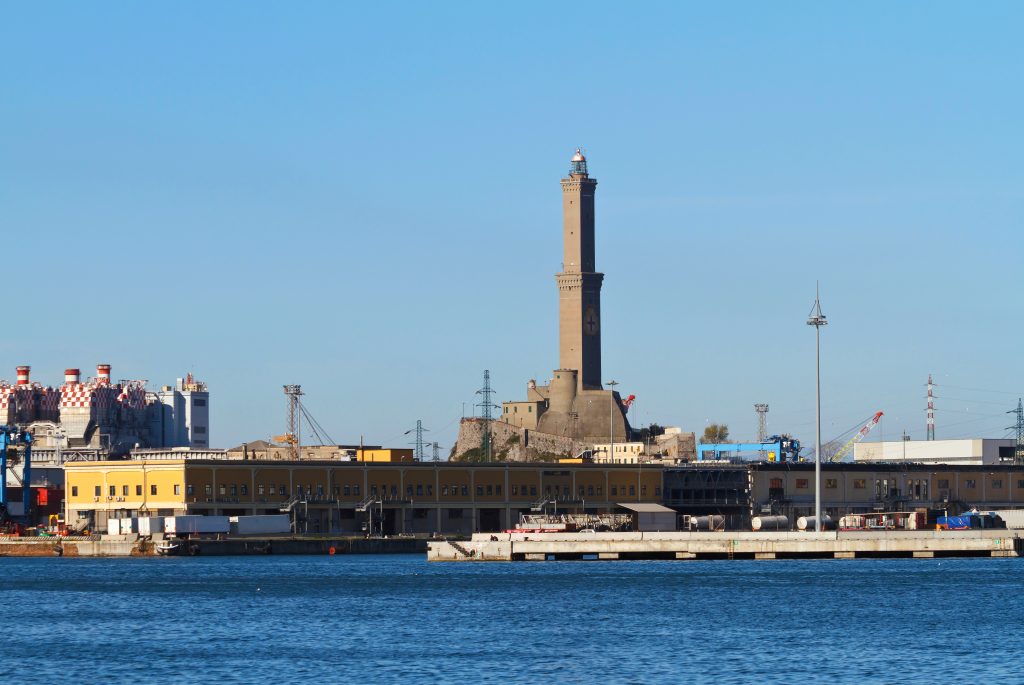 Strolling the seafront is like literally walking into a maritime landscape painting from the Renaissance era. The Lanterna lighthouse from 1543 still stands guard over the port, welcoming travelers from near and far. Pretty pastel cottages, villas and trattorias spill up and down the hillside, painting the city in nostalgic ochre and pink brushstrokes topped with tufts of terracotta tile. To deep-dive into the water-centric nature of Genoa, stop by the Maritime Museum to see scientific reconstructions of ships, maritime voyages and transatlantic migrations.

Without question, the main draw at Porto Antico is the sprawling modern aquarium, known locally as Acquario Di Genova. It’s the largest aquarium in Europe, housing at least 15,000 animals and 400-plus species, including rare Antarctic fish. The Great Blue Ship sailing vessel complements the museum with reconstructed tropical environments. 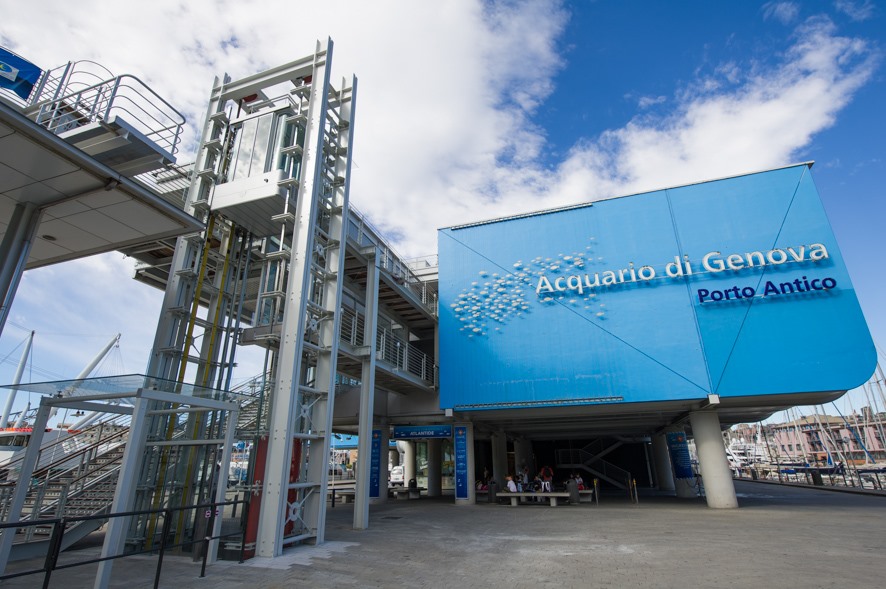 A Day in Genoa on Foot

One of the best things about a shore day in Genoa is that the main cultural and dining experiences are within easy walking distance of the Old Port. It’s also easy to catch a taxi, shuttle or bus from the waterfront up to the main plaza, Piazza de Ferrari, and make your way around from there. Here are some highlights of an afternoon or a full day onshore in Genoa.

As in just about any Italian city, it’s all about the food in Genoa. As they say at every bistro, trattoria, osteria, ristorante, pizzeria or enoteca: Mangia! Mangia! – Eat! Eat! Sharing food and wine is at the heart of every Italian gathering, and it’s an imperative to indulge with gusto.

In a port city like Genoa, seafood is woven into every fold of a well-laid table. One of the most authentic local places to embrace the sea-centric dining scene is in the old-mariner neighborhood of Boccadasse. Nostalgic old-school fishing boats bob offshore, and the narrow streets are chockful of unpretentious fish-laden cafes.

Another specialty of Genoa cuisine is basil-based Italian pesto sauce, which was birthed in Genoa as far back at the 1500s. The genuine original pesto features olive oil, fresh basil, pine nuts, pecorino, Parmegiano cheese and green garlic. If you’re down in the port area, pop into Cavour 21, a casual trattoria serving pesto the traditional way: with pasta, fagiolini beens and potatoes. It’s also the perfect place to pick up some Ligurian focaccia flat breads.

To experience ancient osteria dining in Genoa, head over the Toe Drue, which dishes out Lugurian and Piedmontese fare, including dry-salt codfish or Peidmontese beef ravioli topped with Castelmagno cheese. Not far from Piazza della Vittoria, you’ll find a classy vintage-style family-run ristorante known as Le Cicale. It’s one of the few places to try local dishes such as ravioli with black truffle or grilled squid with lemon-crème potatoes. 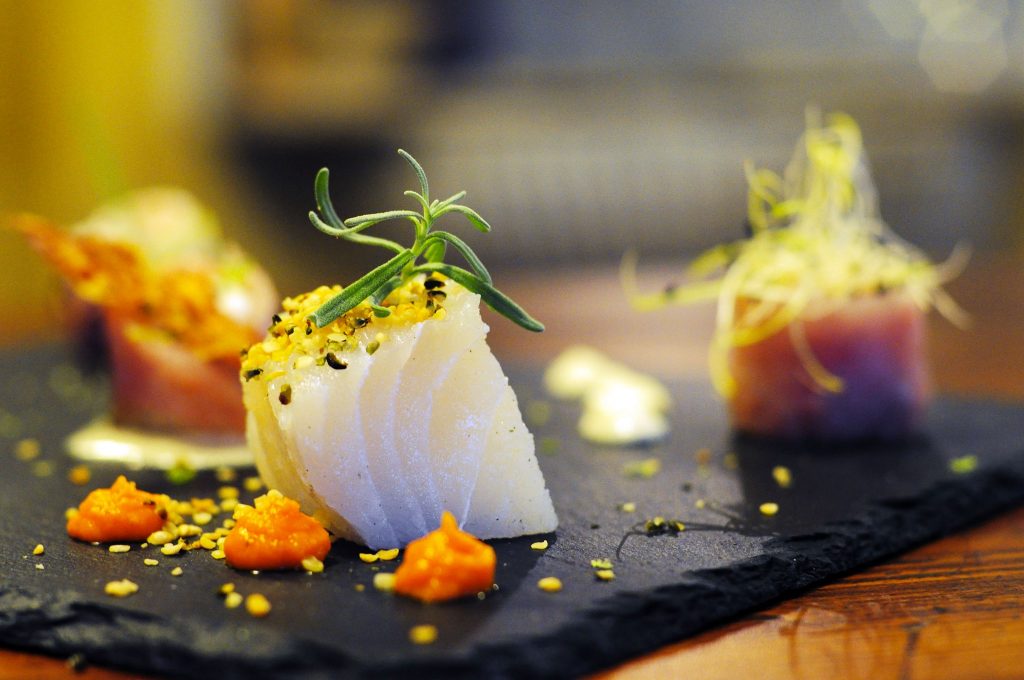 Italy is known for high-end leather and trendy designer fashions as well as tiny alleys and winding cobblestones streets filled with jewelry and accessories. Genoa is certainly no exception.

Start with a blitz of shopping on Via XX Settembre, and then traverse the pedestrian-only roads zigzagging off from Piazza de Ferrari. Via Roma is where to go for well-known designer goods and shoes, and it’s paralleled by Galleria Mazzini, a collection of small boutique shops within a modern 19th-century glass structure. For an even more concentrated collection of local shops, find your way around the maze of tiny alleys in the affordable Maddalena district. When it’s time to pick up souvenirs or gifts to take home, check out the designer outlet bargains at Via Caffa.

When your cruise ships docks in Genoa, the concept of a “shore excursion” can easily mean heading to other nearby shores – and it’s well worth the effort. With some of Italy’s more picturesque villages and islands within a short glide down the Italian Riviera, you could find yourself in the heart of Portofino or the charming Cinque Terre. Your cruise ship can arrange excursions, or you can make your own itinerary through independent cruise-excursion companies such as Viator.

While plenty of group excursions offer affordable ways to experience the seaside villages collectively known as Cinque Terra, Viator goes an extra step by providing a private driver to take you and fellow travelers of your choosing to this charming UNESCO-listed region. You’ll get a personal pickup from your cruise ship and can focus on the things that you enjoy doing within the cobblestoned streets and beaches of Riomaggiore, Corniglia, Manarola, Vernazza and Monterosso. 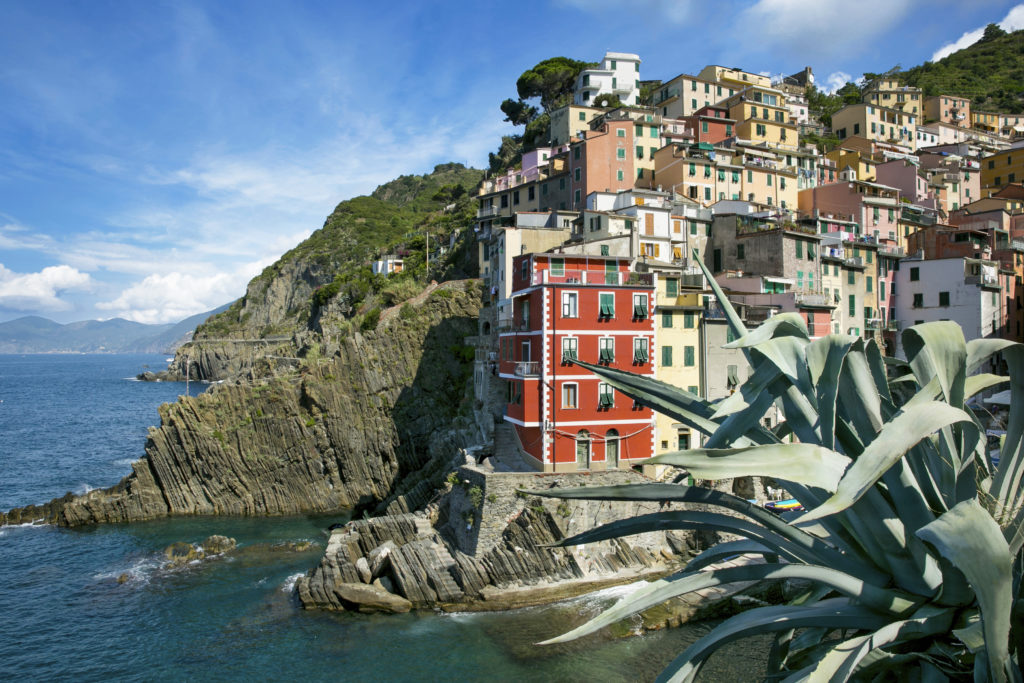 Tour of Genoa and Day Trip to Portofino

A full-immersion way to explore the city of Genoa as well as experience the sparkling coastal community of Portofino is to combine them with a planned Viator tour. You’ll spend the morning walking the historic center of Genoa, have some free time for lunch, and then board a small boat to the yacht-laden upscale village of Portofino. Along the way, there’s a stop at the color-clad village of Santa Margherita Ligure on the Tigullio Gulf.

With any time to spare before re-boarding your cruise ship in Genoa, get a final glimpse of the city from the Bigo elevator. From 130 feet high, you’ll bid arrivederci to this sparkling city by the sea.