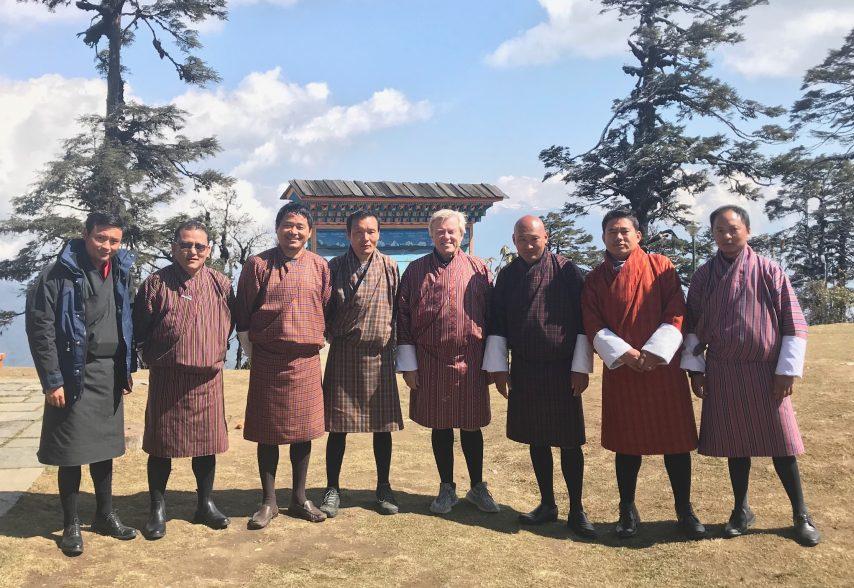 Just when you think the world of cruising can’t get any better, along comes a new ship with novel ideas, incredible amenities and destinations that are virtually out of this world. (Or at least the world we think we know.) If you’re making New Year’s Resolutions, I can’t think of anything better than promising to schedule that cruise-of-a-lifetime.

If you haven’t been vicariously following us in 2019, our travel adventures are just a click away at Porthole.com.  An even better option would be to gift yourself the gift that never stops giving by subscribing to Porthole Cruise Magazine. Recent and upcoming issues will feature our final 2018 adventures on a River Cruise in Laos with Pandaw, the Philippines on SilverSea’s Silver Shadow, followed by a December to remember Danube Christmas Market Cruise with U River Cruises.

I told myself it would be hard to top last year’s cruise experiences but 2019 proved me wrong.

After a short winter’s break in balmy South Florida to catch our breath, we ventured back to Egypt in February for the first time in over 10 years to sample the small vessel experience of Variety Cruises.  Sailing on the sleek M/Y Harmony V out of Haifa, Israel through the iconic Suez Canal was an opportunity to soak up yacht like ambiance calling on ports awash with centuries of Egyptian culture and ultimately capped off by a first time visit to Petra in Jordan.

A March cruise on The Ganges in India had to be postponed due to logistical issues, but with some quick tactical maneuvers we were able to put together a bucket list trip to the Kingdom Of Bhutan and an epic hike to Tiger Monastery.

A short flight to Kolkata, India partnered us up with A Chef’s Table once again to sample local grub while delving into local street culture. With taste buds steaming but belly full, a flight to Cochin positioned us for travel through the southern India region of Kerala.  Rice fields, spectacular mountainous terrain capped off with a three day backwater cruise aboard a characteristic bamboo houseboat.

RELATED: The Land Of The Thundering Dragon

But the question remains…can you afford it?

Cruising the islands of Croatia in March provided a wonderful time to escape the crowds as well as the heat of summer and another yacht style cruise with Emerald Waterways fit perfectly into our springtime fling.

Barging In On The Royals

Downtown Abbey will never go down as an all-time favorite television show of mine but put me on the Magna Carta barge on the Thames River and I’m all in on British heritage.

I’m not one to ever pass up gastronomic bliss and after forty years of cruising I’ll state for the record that the cuisine on this cruise ranks up with the very best.  Add on a back to basics barge cruise through the Lochs of Scotland and the charm of Ye Olde UK was on full display.

Switching gears and a change of wardrobe in the spring saw us crossing the Atlantic on Holland America’s Koningsdam and then off to Copenhagen for embarkation on the beautiful Seabourn Ovation for a 14 day journey of pure luxury through the Fjords of Norway.  A four day cruise of nostalgia through the Telemark Canal put the finishing touch on a summertime Norwegian holiday.  A 10 day expedition with Lindblad Expeditions’ and National Geographic’s circumnavigation of Iceland finished off the summer in the cool climates of up north destinations.

Never one to let the grass grow under our feet, we were able to get in on sneak peeks at the new re-imagined Carnival Sunrise and the amazing and elaborate Scenic Eclipse as they begin their cruising careers.

Early November found us hip deep in glitz and glamour in Hamburg, Germany experiencing the launch of MSC’s Grandiosa followed by a jaunt down to Lisbon for a quick overview of the city and embarkation on the Crystal Serenity for a 12 day Trans-Atlantic cruise back home for the holidays.

The cruise schedule for 2020 is shaping up in a way that promises to be even better. We are heading to New Zealand and Australia with Viking Ocean Cruises in February, followed by a cruise through the islands of Fiji in March and then an epic springtime ten day adventure aboard the True North in Australia’s rugged Kimberley region.  Follow us each step of the way on porthole.com and you will also find all of these cruise adventures in past, current and upcoming issues of Porthole Cruise Magazine.

Happy cruising to all, and to all a good flight!