Cruising to Cologne: How to Spend the Day 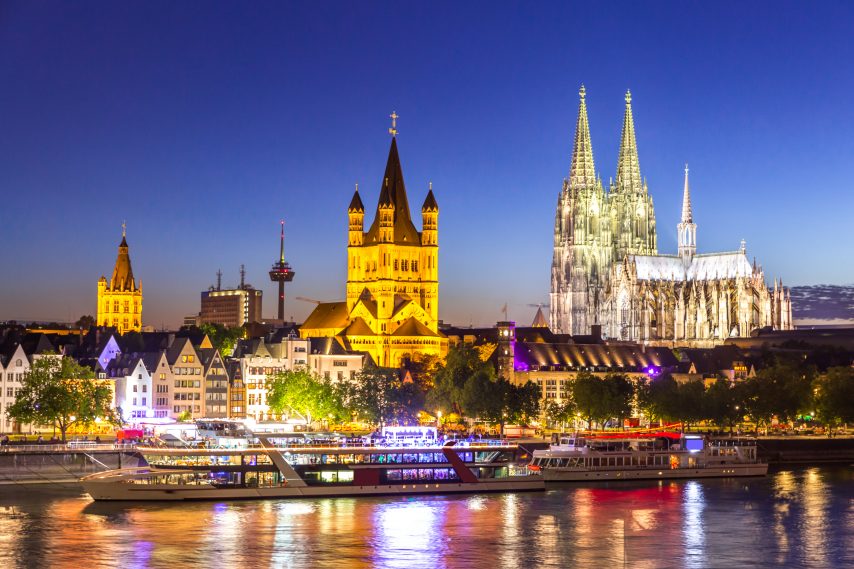 For a city that combines the best of ancient Europe with a modern, vibrant metropolis, you can’t do much better than Cologne, Germany. As the largest city on the Rhine, the best way to experience the city may be as a stop on a Rhine river cruise.

Cologne is the cultural center of Rhineland. With so much to offer, there are plenty of opportunities, from well-traveled must-sees, to out of the way sites that give you a deeper understanding of Cologne’s charm. Most cruises docking in port have excellent shore excursions that include its famous Catholic cathedral. A tour guide with inside knowledge is important for such a history-rich attraction, but with some time on your own to explore, Cologne has much to offer in a small area. It’s a very walkable city, but there are also hop-on, hop-off busses that stop at many of these destinations.

River cruises dock within walking distance to a historic district along the riverfront, and just a short walk down the promenade along the Rhine will have you in the heart of old town. Follow the promenade south and you’ll come to the Hohenzollenbrucke, a bridge connecting two geographic areas that make up Cologne. In addition to having pedestrian walkways for crossing over the Rhine, there is a “locks of love” fence along the bridge for lovers to leave a lasting memento.

After passing the bridge, turning right will put you on the Frankenplatz, a brick pedestrian plaza where you can often find street performers. The spires of the Cathedral are easy to spot and will help you stay oriented. You’ll pass Museum Ludwig, which contains an eclectic collection of Picassos, modern art and photography that will provoke some good artistic discussion.

River cruisers will no doubt experience many cathedrals along their travels, but don’t let possible cathedral fatigue keep you from visiting Cologne’s magnificent edifice. Whether it’s the ornate architecture or its place in the history of WWII, the Cathedral’s tale of survival will draw you in. Stained-glass windows, many that were removed to survive Allied bombings, display styles varying from the traditional, like the St. Peter and Jesse window completed in 1509, to the more controversial, modern Gerhard Richter window, which was dedicated in 2007. At over 800 years old, the Cathedral is in a constant state of renovation and improvement. A group of over 80 stonemasons and other craftsmen work on the grounds to repair and maintain the building, often using historic methods. Be sure to admire their handiwork around the exterior.

The Cathedral’s most celebrated treasure is the Shrine of the Three Kings, believed to hold the remains of the Three Wise Men, The shrine, made of wood that is overlain with gold, silver and gemstones, was brought to Cologne from Milan and first opened in 1864. The bones and garments found inside are believed to be the remains of the biblical Magi.

After leaving the Cathedral, you may be ready for lunch. Head south (to the right if you’re looking up at the Cathedral’s front spires) and wander through the Roncalliplatz plaza. If you have time to work up a little more appetite, stop at the Romisch-Germanisches Museum, or the Roman-Germanic Museum. The displays offer insight into Cologne’s history from its time as a Roman City, with exhibits that include the largest collection of Roman glasses in the world.

At the south end of the Roncalliplatz, turn left onto Am Hof and just a few blocks down, turn right on the charming, pedestrian-only street, Unter Taschenmacher. There, just down on your left, you’ll find Brauhaus Sion, a wonderfully authentic German pub. The menu includes the expected, like a variety of Weiner Schnitzel — and the surprising, like a fried black pudding with braised onions, mashed potatoes, and apple compote. Whatever your level of adventure, you can wash it down with the city’s infamous Sion Kölsch beer, or a crisp German Riesling Kabinett. 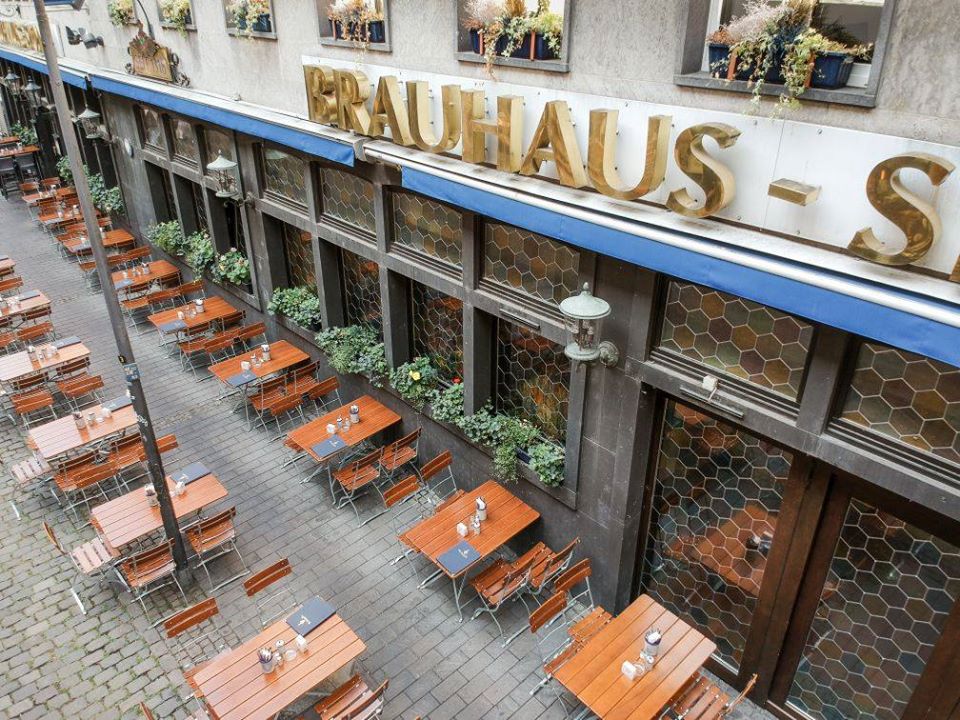 Where to Shop in Cologne

After lunch, walk south from Brauhaus and turn left toward the river front where there are some busy open markets for shopping. (These locations are also sites for Christmas market fare during the holiday season.) Take a side street like Lintgasse or Muhlengasse toward the river and stroll the charming Frankenwerft. A row of narrow, colorful houses and hotels facing the Rhine is part of the old town section area and a great photo spot. Stroll under the Deutzer Bridge to Malakoffturm tower, one of several remaining towers from various eras that dot the riverfront.

As the day winds down, you can cross the street to a nearby museum that will satisfy both your curiosity and sweet tooth. Just south of old town, you’ll find the Schokoladen Museum, which translates to Chocolate Museum — deliciousness in any language. Explore the history of chocolate, see its production and end with a treat at the Chocolat Grand Café. Indulge in a personal pot of chocolate fondue, choose from ten different kinds of hot chocolate, or sample some of the richest pastries along the Rhine. 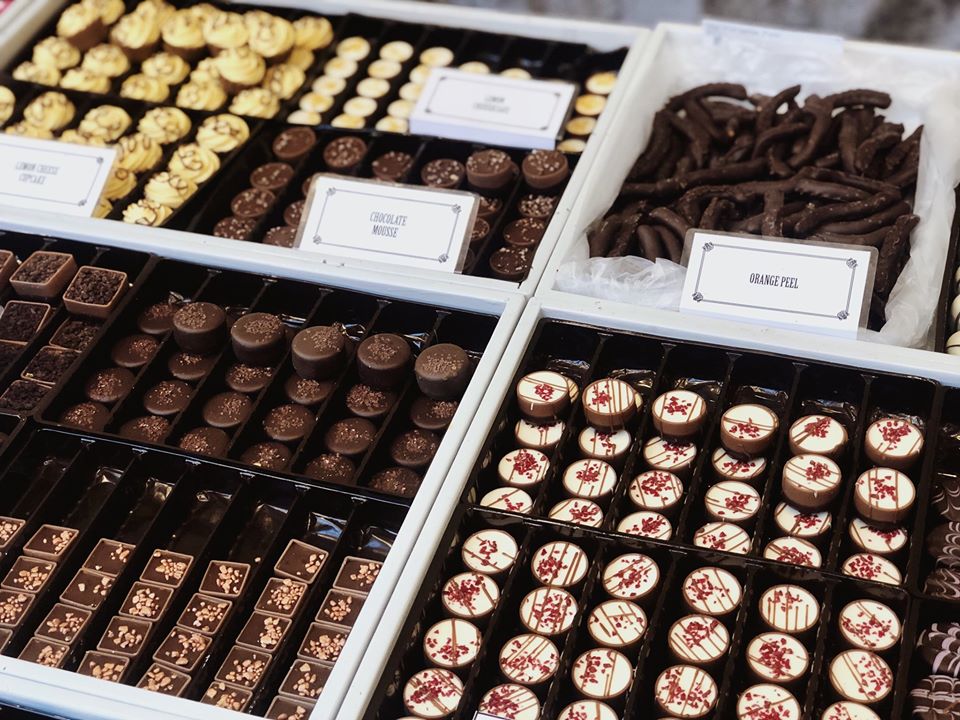 On the stroll back to the boat, marvel at the Musical Dome, a colossus of glass, metal and membrane that is a modern counterpoint to the nearby cathedral. Glance back at the skyline during an evening walk across the Hohenzollenbrucke bridge as a reminder that sometimes a little distance may bring the beauty of Cologne into sharper focus.

Let us know your favorite highlights of this German city in the comments below!