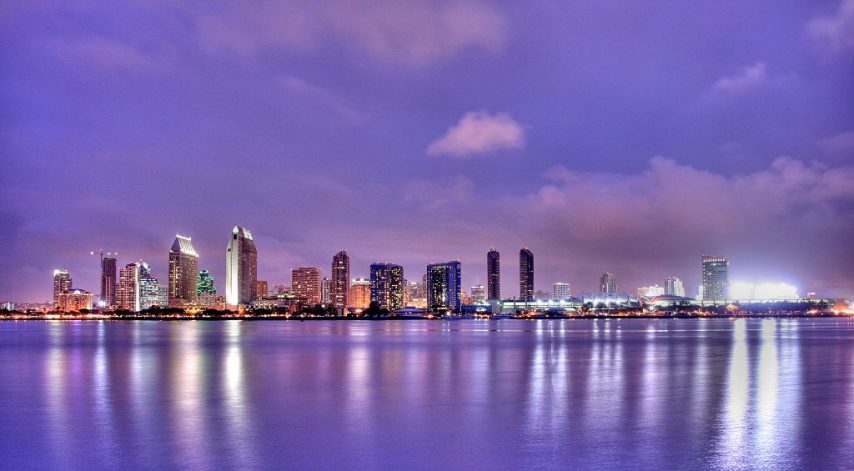 Down by the Seaside of San Diego

A guide to cruising the California coast with kids.

The sun beat down steadily in the middle of what was to be one of the hottest weeks in San Diego. My children and I were just steps from our air-conditioned rental car, navigating throngs of people and parked cars and already the complaints kicked in. As my 5-year-old asked for the fifth time to be carried the rest of the way and my 7-year-old demanded water, I found myself wishing we were anywhere but landlocked; sitting on a cruise ship lounge chair seemed a very welcome, cool alternative to our current surroundings.

Yet, moments later, as we finally reached the entrance to our first destination, their jaws dropped and the complaints were all but forgotten. In front of us, the childhood mecca of LEGOLAND loomed large, attractions and rides waiting to be explored, brick by brick. Just one of many family-friendly attractions near California’s cruise ship ports, it reminded me that it’s worthwhile when traveling with children to tack on a few days before and after sailing to add on these magical, memory-making experiences.

LEGOLAND California, just a 30-minute drive north of downtown San Diego, boasts 128 acres of attractions and entertainment. My kids marveled at the miniature LEGO displays during our Coast Cruise, shrieked on the water-soaking AQUAZONE Wave Racers, and gritted their teeth through their first rollercoaster rides on The Dragon and Coastersaurus.

Other San Diego area attractions offered plenty of firsts for my intrepid little travelers. A half-hour drive northeast of San Diego, the San Diego Zoo Safari Park afforded my animal enthusiasts a chance to see wild animals roaming in a 1,800-acre preserve. The Journey into Africa Tour via open-air tram had them glued to the edges of their seats, looking to spot the giraffes and rhinos.

In SeaWorld San Diego’s 189-acre park, located on Mission Bay, the children saw dolphins up close for the first time during a thrilling show and then gently stroked the tops of sharks in one of the touch pools. The world-famous San Diego Zoo gave the kids a chance to see China’s giant pandas and the largest koala colony outside of Australia. And when little feet got tired from walking zoo trails, we recharged on the Skyfari Aerial Tram and on the guided open-air bus tour.

Old-fashioned thrills kept everyone busy at Belmont Park on Mission Beach, where the turn-of-the-century-style boardwalk and amusements included bumper cars, a climbing wall, and a tropical miniature golf course.

For a dose of culture, we traveled back to Balboa Park (location of the San Diego Zoo) to visit the San Diego Air & Space Museum and the Reuben H. Fleet Science Center. The museums are part of the nation’s largest urban cultural park consisting of 15 major museums, performing arts venues, gardens….