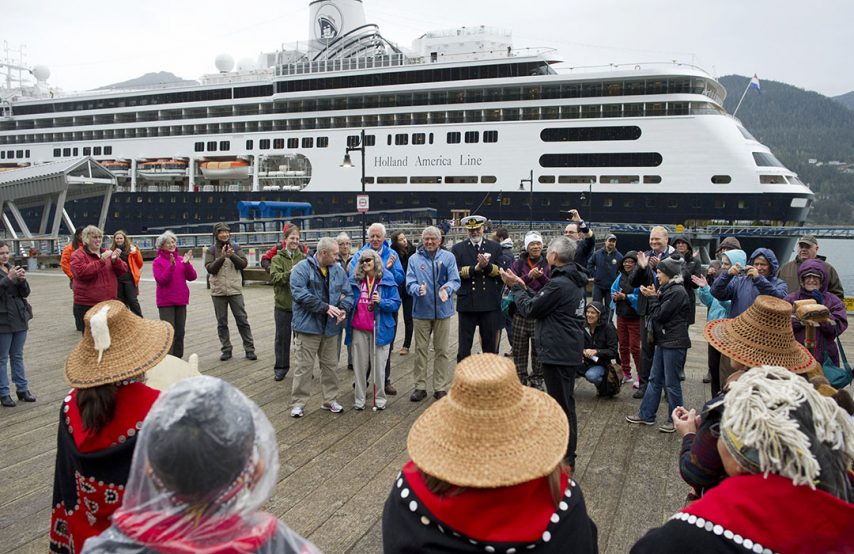 “Your arrival is a significant milestone,” said Binkley. “Reaching 1 million cruise visitors this year demonstrates the health and bright future in our industry.”

In fact, Governor Walker issued a proclamation for the occasion, declaring September 22, 2016, Alaska Cruise Ship Visitor Day. In his remarks, Lt. Gov. Mallott recognized that visitor spending generates more than $4 billion in economic activity, and that cruise ships bring approximately half of all visitors to Alaska.

The industry is expected to bring even more visitors next year as Alaska capacity continues to increase. For example, Holland America Line recently announced that it will be sending a seventh ship to Alaska for the 2017 season, and Seabourn will be returning to Alaska in 2017 for the first time in 15 years.

The last time Alaska saw more than 1 million cruise visitors was 2009. According to Binkley, the state is now seeing the benefits of the improved tax and regulatory environment enacted in 2010, and demand has also improved following several years of significantly increased destination marketing.

(CLIA Alaska, formally the Alaska Cruise Association, was formed in 2007 as a not-for-profit organization whose membership includes the major cruise tour companies operating in Alaska.)