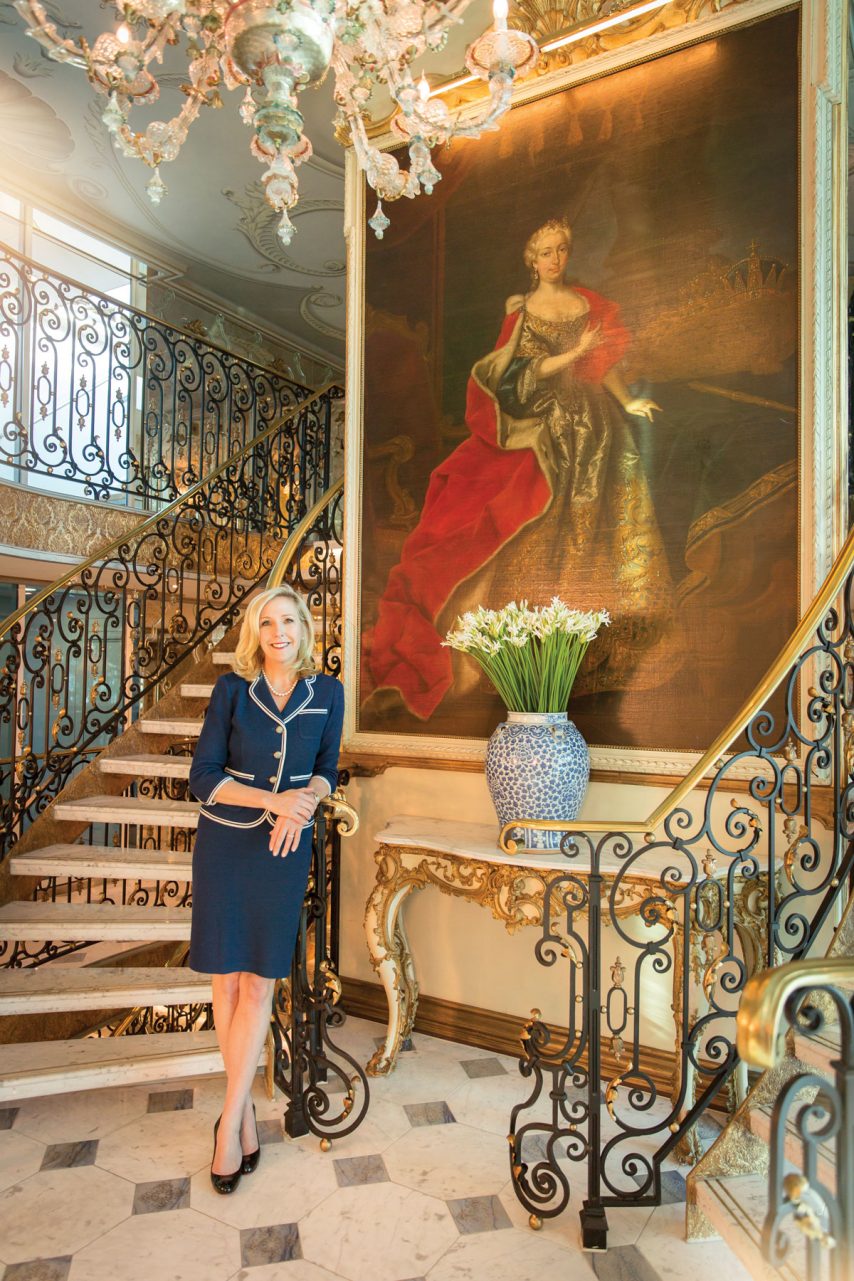 A Day in the Life of Ellen Bettridge, President and CEO of Uniworld

Ellen Bettridge, named president and CEO of luxury river line Uniworld Boutique River Cruise Collection last August, admits to being high energy. In her new role, that’s a good thing. By March, she was launching not only a brand-new ship, but also a whole new river cruise brand. The ship is S.S. Joie de Vivre, delightfully Paris-centric and cruising the Seine; the new brand, U by Uniworld, geared toward those ages 21 to 45.

If anyone is up to the task it’s Bettridge, says her boss, Brett Tollman, Chief Executive of Uniworld parent, The Travel Corporation. At the launch of S.S. Joie de Vivre, he applauded Bettridge’s “passion, pride, and excitement.”

Staying on Top of Things

Originally from Spokane, Washington, Bettridge moved to New York and took her first job in travel so that she could get free tickets home to see her parents. During more than 20 years with American Express, she rose from frontline travel agent to vice president of retail travel. She later held executive posts at Silversea Cruises (president, the Americas) and Azamara Club Cruises (vice president, sales and marketing).

When she joined Uniworld, she moved to Los Angeles, where her days begin early and are fast-paced — just the way she likes it.

“I’m up without an alarm clock and ready to go every morning, with that first cup of coffee in my hands by 5:30,” she says. And before she’s even out of bed she’s checking her phone. Responsible for 18 ships (12 owned and six chartered) operating in Europe, Asia, and Egypt, Bettridge says she wants to know what’s going on.

“I want to know when stuff happens, when it happens,” she says. “I don’t want to know about it hours later.” The team also knows to wake her up at any time, if necessary.

Once assured by Uniworld’s Switzerland-based operations team that everything is okay, Bettridge then clicks into mom mode. Her youngest daughter, a teenager, often needs more than one wakeup call, she says. “It’s a typical be-a-mom morning, so I start there,” Bettridge laughs. Then, it’s a 20-minute drive to Uniworld’s headquarters where she arrives around 7 a.m. ready for a day that she says is never typical.

“There’s always something going on,” Bettridge says. “That’s something that I absolutely love about this company.”

She doesn’t indulge in a second cup of coffee, because her natural energy kicks in. “Everyone laughs at me because they say I can’t sit still,” she admits.

In the office, Bettridge says she’s less likely to send an email to one of the headquarters’ 100 employees than to walk over to someone’s desk for a one-on-one.

“I’m very much about having everybody feel very accessible to me, and I want their ideas,” she says. “If I have a question for someone, I go directly to the source and ask.” Remote offices also get a form of hands-on treatment. In addition to daily discussions with operations, Bettridge is frequently in touch with Uniworld’s London and Australia offices.

“I’m not there as a physical presence, but I always want them to feel as if I am around and that my door is open to them,” she says. With the launch of the new U by Uniworld brand, Bettridge has been meeting a lot with her marketing, sales, and product development teams.
She also spends time each day looking at booking patterns for….