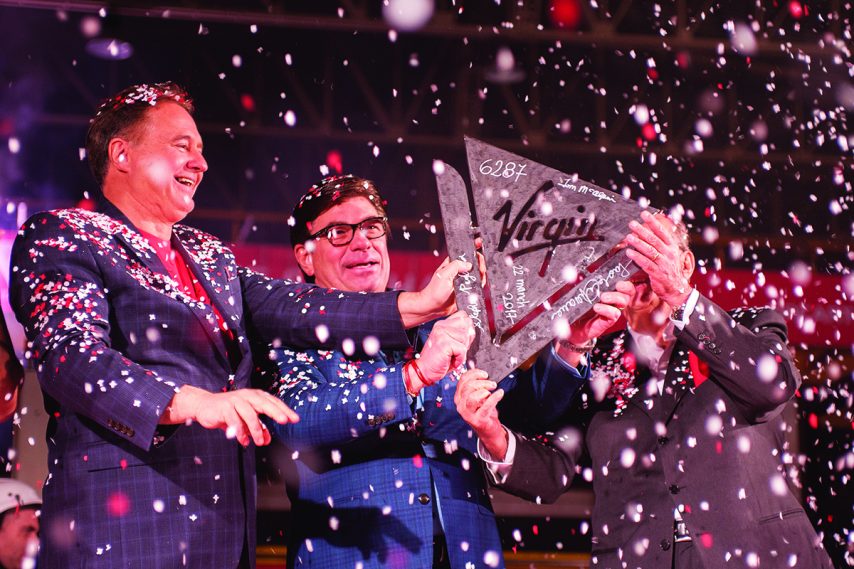 A Day in the Life of Tom McAlpin, president and CEO of Virgin Voyages

Tom McAlpin, a 30-year cruise industry veteran, is now overseeing the creation of a whole new cruise line from the ground up. It’s no small task for the president and CEO of Virgin Voyages.

The first of the line’s three, planned 2,700-plus passenger, 110,000 gross ton ships won’t launch from Miami until 2020, but things are certainly already buzzing at the line’s Plantation, Florida, headquarters.

New employees are being hired; creative teams are delivering ideas. You might say a big family is developing.

And big families happen to be in McAlpin’s wheelhouse.

A fifth-generation Miamian, McAlpin has eight brothers and sisters — most of the family still lives in southern Florida.

“I am number 6, so I consider myself to be in the neglected middle section,” he laughed. “I think my mother has one high school photo of me.” McAlpin said that he loved growing up in a big family and that he learned certain life lessons early on.

“I think it teaches you really important lessons — how to get along with people, how to negotiate and settle conflict, and teamwork. These are skills I brought to Virgin Voyages because I’m a big believer that it’s all about building the right team and culture,” he said. “And, of course, to be competitive.”

More lessons came from Disney, where McAlpin helped launch Disney Cruise Line. As part of the founding management team in the role of vice president of finance, business development, and shoreside travel operations, he spent the final five years of his time with the line as its president. Later he was president and CEO of The World (Residences at Sea), the largest private residential cruise ship in the world.

When he came to Virgin Voyages in January 2015, McAlpin headed a team of two. By August of this year there were almost 70 employees in Plantation, and growing.

At Disney the focus was on the family experience. At Virgin, it’s a little more focused on adults and creating a fun, flexible, nontraditional cruise experience. McAlpin finds it energizing.

“This is the most exciting….