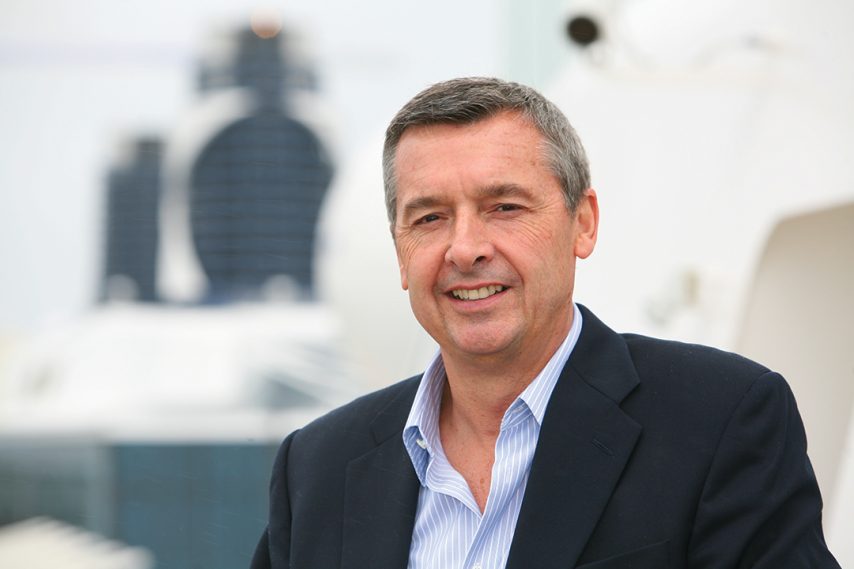 Michael Bayley is happily back where he began his career.

It’s a tale fit for a storybook. In 1981, a 22-year-old starts his cruise industry career as assistant purser on Nordic Prince and three decades later, he’s named president and CEO of Royal Caribbean International. Yet, in December 2014, that’s precisely what happened to Michael Bayley, now back at the brand where his career began.

“I grew up with Royal Caribbean, and when I think about how my life is intertwined with it, progressing from boy to man, I’ve been with Royal Caribbean through every journey, every new innovation, every new destination, and every new region,” he emphasizes. During his 11 years of shipboard service, he worked on multiple ships as chief purser, director of shipboard human resources, hotel director, and other positions.

In 1992, he moved shoreside into cruise line management, before a stint with Caesars Palace Hotel and Casino. Cruising pulled him back, though. Over the years, he’s held many executive positions with Royal Caribbean International, plus has served as executive vice president in several Royal Caribbean Cruises Ltd. roles. Most recently, he was Celebrity Cruises’ president and CEO.

“I’m so happy to be back at Royal Caribbean,” says Bayley. “I love the brand. It’s elevating, relaxing, very friendly, vibrant, and colorful. You start to feel very relaxed and happy from the way the ships are designed to the colors, the spaces, crewmembers, entertainment, and the breadth and depth of dining.”

One of his first tasks as president was …