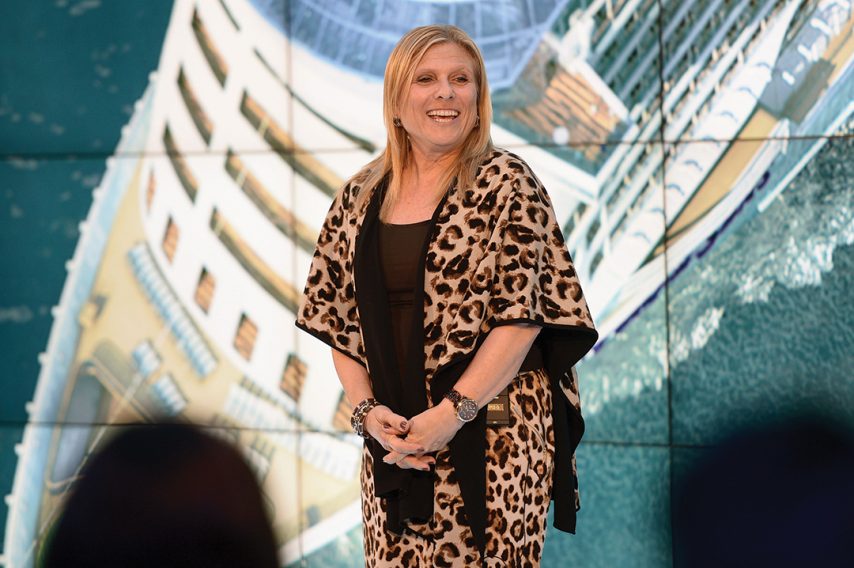 Celebrity Cruises turns 25 this year with exciting developments under way. A letter of intent has been signed for Project Edge, the newbuild project that will bring two 117,000-grt, 2,900-passenger ships to set sail in 2018 and 2020; new Celebrity “City Stay” packages have debuted under the Celebrity Vacation Packages umbrella; and Luminae, a new exclusive restaurant solely for suite guests, launched fleetwide in April.

Most notably, however, is that the line has a new captain at the helm — Lisa Lutoff-Perlo, who was named Celebrity’s president and CEO in December. Tackling Project Edge with enthusiasm, Lutoff-Perlo told Porthole that creating new spaces and coming up with design and product innovations is a passion. “It’s absolutely the most fun part of my job,” she says.

During a previous Celebrity stint, she helped design the Solstice-class ships, which are praised for airy elegant spaces, upscale dining venues, and innovative suites and staterooms. “Solstice class was such a home run for Celebrity,” Lutoff-Perlo says, adding that the new, yet unnamed, Project Edge ships must help Celebrity replicate that success but in a fresh, relevant, and even more exciting way.

“She is extremely well-prepared for her leadership role at Celebrity,” says Adam Goldstein, president and chief operating officer of Royal Caribbean Cruises Ltd., Celebrity’s parent company. “Whoever told me in 1989 that I should go on sales calls with Lisa when she was the sales manager in Boston saw that potential….