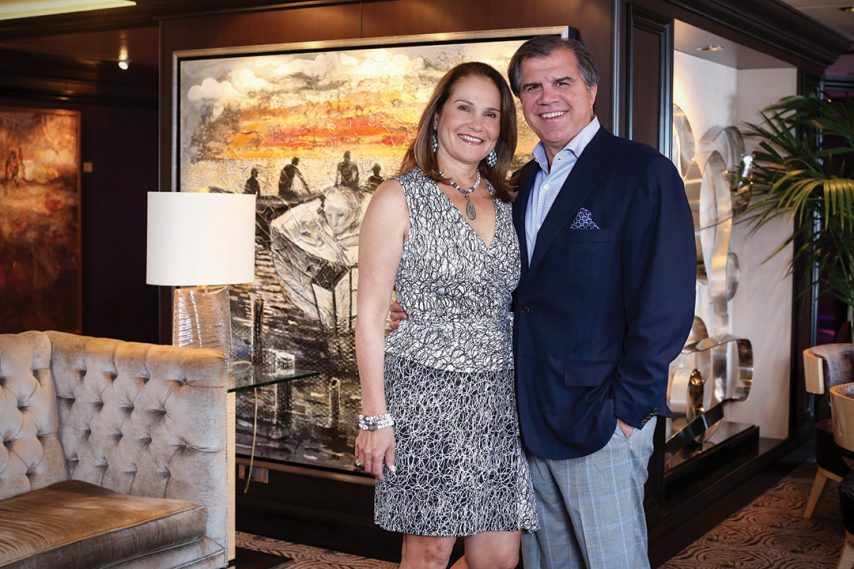 Frank Del Rio’s entrepreneurial spirit, passion, and devotion have kept him at the top of the industry

Frank Del Rio is a guy who knows what he wants.

The naked-lady-with-large-hat lithograph signed in red crayon by Picasso and located outside a ladies restroom on Riviera is a direct result of Del Rio’s devoting weekends to art buying while the ship was being built.

For the Love of Art

Del Rio’s art obsession began, he sheepishly tells Porthole, because he was picky.
“It started out because we were a small company at Oceania and I didn’t have a vice president in charge of art,” he says. “The only other option was to hire an art consultant. They charge a lot of money and I was never impressed by the art collection of ships. It was very institutionalized. So I said, ‘how hard can it be?’”

Despite what he says was a lot of stress as he and cohort executive Bob Binder (now co-chairman of Oceania and Regent) hit auction houses, Del Rio says he is proud of the “passion and emotion” he was able to display in the collection.

In fact, Del Rio is planning to curate four upcoming ships including Regent’s Seven Seas Explorer, billed as the “world’s most luxurious cruise ship.” Del Rio admits that he likes to have a strong hand in all things involving cruise ship design. He even took a group of architects on a road trip to Paris to show them a hotel bathroom he liked.

Does that make him a control freak? “I am a freak in general,” he says. And most would agree that the gracious and charming Del Rio is an iconoclast.

Born in Havana, where his father worked in finance….