Crew Woo – Sure, the uniforms were hard to resist. At least on board…. 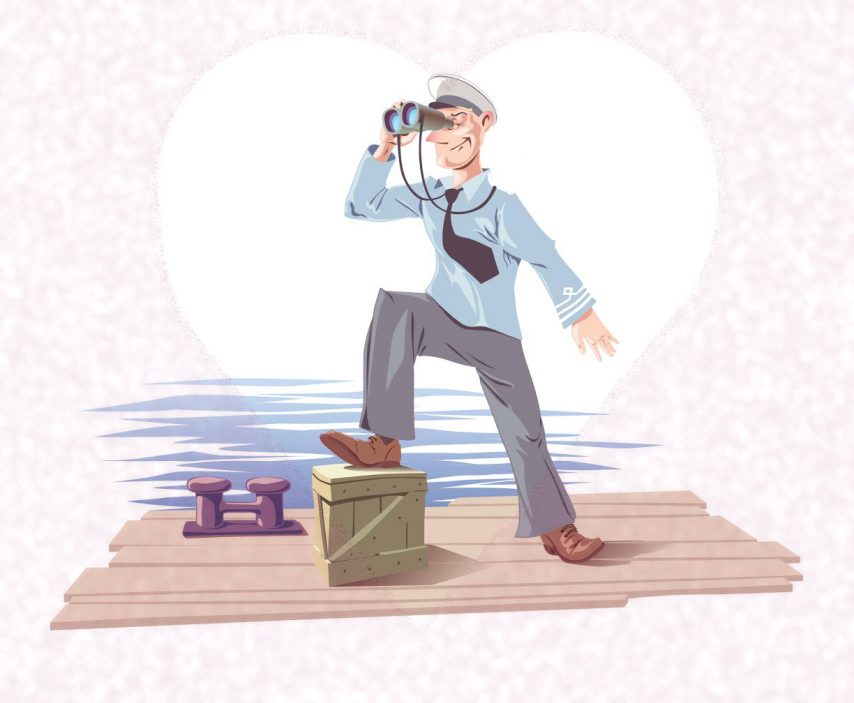 Sure, the uniforms were hard to resist. At least on board….

I wonder how Lois and Stefano are doing.

I met Lois on an m.v. Homeric cruise a million years ago and on that sailing, she met Stefano, a navigation officer. A relationship quickly developed between them and about two years later I found myself at Lois and Stefano’s wedding.

Lois and Stefano bucked the odds.

In the mid-1970s when I started cruising, a vacation at sea appealed almost exclusively to newlyweds and nearly deads — which sort of made me and my travel buddy, Stacey, the Farrah Fawcett and Christie Brinkley of the ocean-going set (this was the 1970s, remember). We weren’t on board for 10 minutes when it was as though 8×10 glossies of us were posted in the crew quarters, a neon sign above screaming that we were vacationing without mom.

Off-duty cabin stewards and dining room waiters would hang out at the gangway waiting for us to disembark and then attach themselves to us the entire day at the beach or while we shopped. Bartenders slipped us free drinks and ship’s officers would dance with us at the disco, suggest a walk around the deck and try to kiss us in the moonlight. DJs would give us unlimited access to their record collection and play obscure requests that would send other patrons running to the lounge to catch the bad ventriloquist. Sometimes we’d even find ourselves having dinner with the captain.

A few of these guys actually spoke passable English but most, like the Italian engineer who gazed longingly into my eyes and told me I was “very handsome,” relied solely on memorized phrases from their Berlitz language guide. And that was fine with me since I soon discovered that the English speakers would routinely place drunken phone calls from far-flung corners of the globe with no regard to time difference. I think I would have forgiven the officer who woke me at 3:00 a.m. the night before a major job interview if he hadn’t woken me again 10 minutes later when he called to apologize.

Unlike Lois, I never had what it takes to transform a shipboard romance into a lifelong commitment. I couldn’t take the uncertainty, the anxiety-ridden visits to meet the family or, after marriage, the time apart.

And that’s probably why I ended up marrying a passenger.