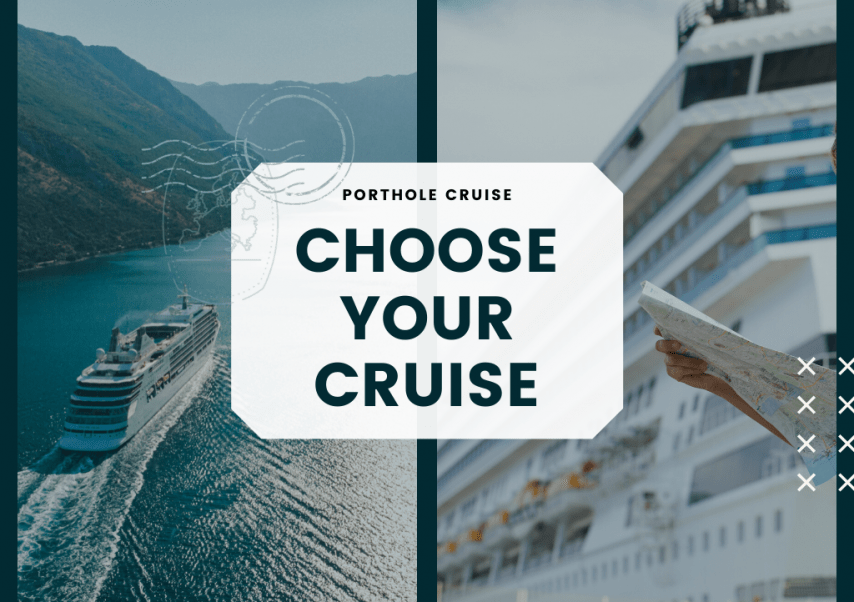 Another week, another slew of cruise line’s pushing back their start date. Most are numb to the thought now when just a year ago cancelled cruises sent us all into panic mode. As cruise lines tread water just to stay afloat, the good news is a mega-push to get vaccines into the hands of as many distribution facilities as possible is currently underway. Millions of shots per day are finding their way into the arms of those considered high risk and it won’t be long now before the general population starts getting them as well.

We’ve come this far, right? We can make it a little longer.

Choose your cruise is supposed to be a fun little break away from the stresses of everyday life where you get to read about some awesome vacations and pick out which one you’d most like to take. A little daydreaming never hurt anyone and hopefully we’ve helped you do that over the past year. So, without further ado, it’s time to choose your cruise!

The other day on Twitter, Virgin Voyages posted a photograph of their third ship in the process of being built. What makes the image so jarring was that nobody has ever sailed on the first two. When the cruise line finally sets sail for the first time, Scarlet Lady will be brand new and two years old at the same time. Virgin is offering a 5-night voyage from Miami in August with stops in Cozumel, Playa Del Carmen and their private beach resort in the Bahamas. The best part? All the food is part of the deal and it starts at just $745 per person!

Disney Cruise Line is settling sail on Disney Dream in August on a 3-day cruise to the Bahamas including Nassau and their private island Castaway Cay. The island is always one of the top ranked by Porthole Cruise readers in our annual Readers’ Choice Awards and if you’ve never been, grab the kids and get packing! You can book staterooms for as low as the $700s which is an incredible deal for Disney so there’s no reason not to book!

MSC Cruises is launching new ships pretty much every year at this point, but that’s great news for cruisers who don’t mind cruising on the rest of the fleet at a substantial discount. MSC Armonia is a tried and true ship that’s gotten plenty of upgrades over the years and MSC is offering 4-days on board from Miami to Nassau and the cruise line’s private island Ocean Cay. You can cruise for a little as $40 per day or upgrade to a suite for just a little more!

Which cruise are you choosing?