Chills and Thrills with Hurtigruten

Cruising Antarctica will bring out your inner explorer. 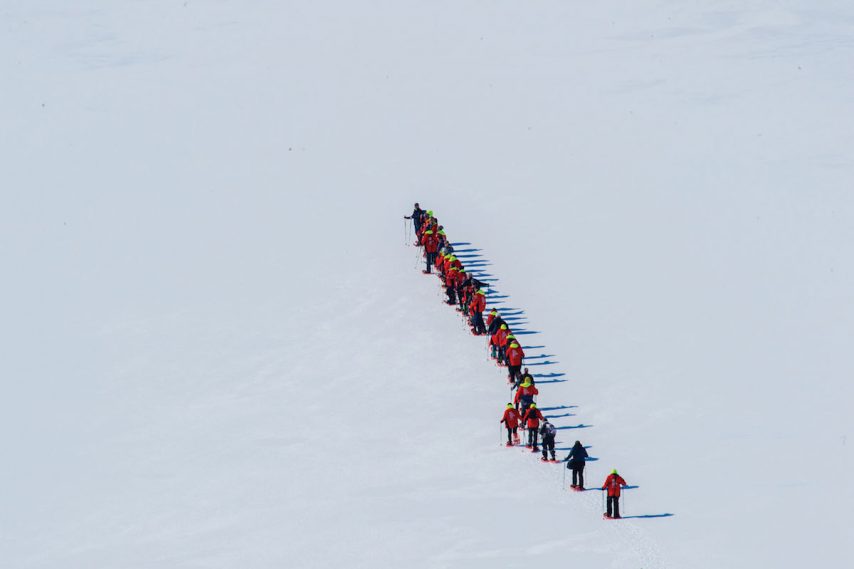 Living outside the borders of any discernible cruise demographic, I am well aware that I have an insatiable appetite for anything divergent or off the beaten path. Cruising the Antarctic on Hurtigruten’s MS Midnatsol (Midnight Sun) is the realization of a long-held yearning for travel to the frozen subcontinent. This penchant for adventure aligns perfectly with the Hurtigruten spirit, an enterprising initiative that has propelled the line into the coveted niche of expedition cruising.

Hurtigruten’s unique approach to this engaging experience begins with a pre-cruise, one-night stay in Santiago, Chile. The encounter with this fascinating city reveals stunning regional color and culture, transcending its reputation as a not-to-be-missed destination. Rather than board the ship here and consume valuable cruise time sailing to the southern nether regions of the planet, guests fly by charter plane to the waiting ship in Punta Arenas. Following a comprehensive tour of the city, the ship’s odyssey to the ends of the earth begins as Midnatsol sets sail for adventure.

Prior to the main event arrival in Antarctica, Midnatsol graciously carves its way through the majestic fjords of Chile for a full day of riveting landscapes culminating in a face-to-face meeting with the mighty Garibaldi Glacier. The initial encounter of this enormous wall of ice initiates a barrage of camera clicks by rail huggers, burning through digital memory. Late afternoon cruising through the Beagle Channel and the Avenue of Glaciers keeps everyone on deck as the landscapes roll out a pageant of spectacular scenery.

As the frozen tundra awaits the ship’s arrival, legendary Drake Passage makes an expected attempt at asserting its power, but this specially designed ice-class vessel audaciously takes on the challenge and the notorious crossing passes with relative ease. During this leisure time at sea, expert lectures and visual presentations provide enlightenment into the upcoming itinerary, launching heightened awareness of the continent’s untamed legacy.

Upon arrival in Antarctica, the brilliant floodlights of a blue-sky morning reveal impressive glacial formations, their estranged icebergs drifting aimlessly toward the never-ending horizon. Wrapped in the warmth of the provided parkas and boots, each day’s escorted exploration opportunities authentically survey landscapes through a fascinating milieu of expeditions and discoveries. Highly trained expedition leaders, complemented by invigorating engagement with the surroundings, smooth over the edge of raw adventure.

As the Zodiac approaches the shoreline, the quiet cadence of nature is punctuated by the cacophony of a massive gentoo penguin colony high atop a bluff. There are numerous other species of these creatures, and although there are alternative wildlife sightings throughout the cruise, the penguin du jour viewings dominate landings ashore.

Grappling with the challenges of Antarctic survival is a daily ritual for the local wildlife, but translates into an entertaining show for us. During a casual….