Travel Editor Peter Greenberg offers his thoughts on the cruise industry and the hurdles ahead. 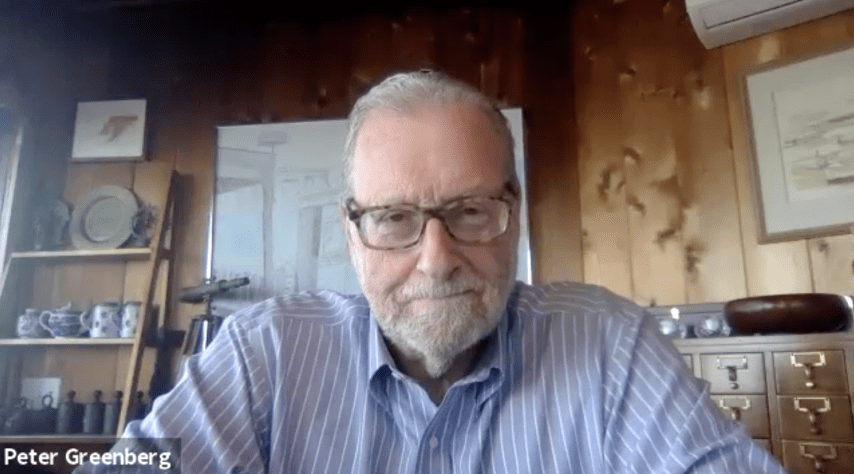 When it comes to travel, few come close to the knowledge and experience of Emmy award winning investigative reporter and travel editor for CBS News, Peter Greenberg.

A member of the  U.S. Travel Association’s Hall of Leaders for his contributions to the travel industry, Greenberg is an authority on all things cruising. He joined Porthole Cruise Founder and Editor-in-Chief Bill Panoff for an in depth discussion on the state of cruising and the hurdles yet to come.

Greeberg offered his thoughts on when cruising will return, new COVID-19 compliant changes onboard, and how cruising is portrayed in the national news cycle. You can watch the whole interview with Peter Greenberg below.

Will CDC Extend Pause On Cruising?

When cruising first paused in March, the thought of returning to normal at some point in 2020 seemed plausible. Now, those chances are slimming by the day. When asked about the Centers for Disease Control and Prevention’s no-sail order and when he thinks cruising will be back, Greenberg shed light on the ongoing discussions, or lack thereof, between the CDC and cruise lines.

“I have every reason to believe that the CDC will extend it even further. Remember, as part of the CDC requirements, the cruise lines were supposed to present comprehensive plans for not only redesigning their hygiene protocols and their design protocols including the floor plans of cabins and public areas. They’re supposed to be involved in an ongoing discussion with the CDC so they can implement that. I’m not aware that discussion has even started yet. So my guess is, for all intents and purposes, there may be one or two cruises that sneak through the end of this year, maybe in the Galapagos, maybe down in South America, but for practical purposes, we’re really talking January and February 2021.”

When asked why we haven’t seen or heard much from the Healthy Sail Panel established by Royal Caribbean Group and Norwegian Cruise Line Holdings, Greenberg applauded the effort, but felt one side was lacking during the discussions. He also believed that mandatory pre-board testing would have to be a part of any return.

“[Pre-board covid-19 testing] is not going to be negotiable. It’s a hard line deal, you don’t have to partner with anyone to figure that out. What you do have to figure out though is where is the leadership here? I applaud NCL and Royal Caribbean for partnering here because they didn’t want to wait. They wanted to say we aren’t going to wait for government regulations, let’s anticipate what they may be, what the new protocols are going to be, let’s get it going so we don’t lose another six months or a year in the process. I support that. What I don’t support is the lack of leadership on a government level, on a widespread, across the board level, so there’s some guidance here that people can actually follow.”

Is a COVID-19 Vaccine Really the Answer?

We’ve heard a lot about a vaccine being a cure-all for the industry, but Greenberg had some concerns about rushing through what is usually a long and careful process. He also saw the reluctance of many Americans to trust a vaccine right away as a hurdle cruise lines would have to contend with.

“Even if a vaccine happened this moment while you and I are speaking, one third of America wouldn’t take it, they wouldn’t trust it. One third of Americans would be standing around to see if the first third died and the last third would probably be calling Q-anon, so I’m all in favor of a great vaccine that’s scalable, that’s gone through all the proper clinical trials and that works. Right now we are not there, and despite all reports from the White House to the contrary, I wouldn’t count on it.”

What’s the Future of Cruising?

The sky has already fallen on the cruise industry, so as we’re left to pick up the pieces, one question remains: what will the future bring? Greenberg gave an interesting example of a previous time when travel wasn’t a top priority for Americans due to unforeseen circumstances.

Greenberg believes driving to port to get on a ship will be much more desirable in the short term as people are still wary of exposing themselves and their families to COVID-19 via airplane. The good news? With ports all over the country, most people who live along America’s coasts are not far from a cruise port.

What do you think about the prospect of cruising returning in the United States? Would driving to port be more desirable than flying? Let us know in the comments below!