Carnival Thanks the Troops with Social Media–Powered Barbecue 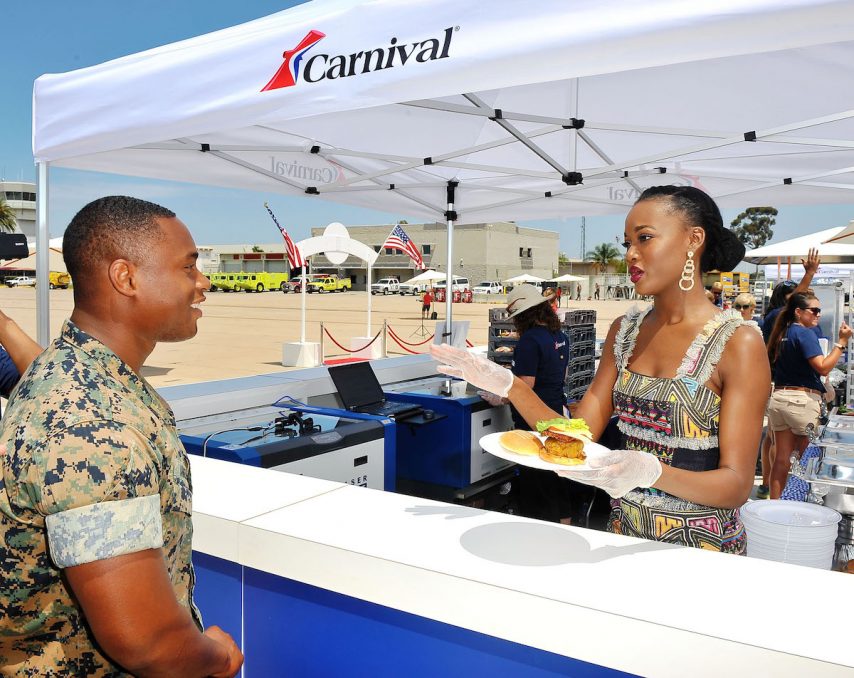 Carnival Thanks the Troops with Social Media–Powered Barbecue

The barbecue featured burgers with buns that were lasered with heartfelt messages of thanks to service members using a one-of-a-kind culinary laser printer. 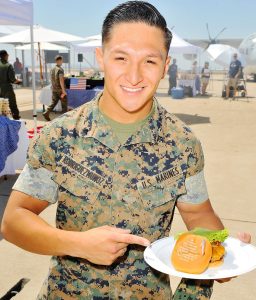 Using the hashtag #ThankYouBurger, social media followers were encouraged to show their appreciation of the U.S. military by tweeting and posting messages of gratitude via Twitter, Instagram, and Facebook. More than 15,000 thank you messages were transmitted in real time to a tech-enabled grill at the base in San Diego, and then laser-printed onto burger buns and served to military troops during the event.

In recognition of the thousands of #ThankYouBurger tweets and posts received, Carnival donated $25,000 to help the organization fulfill its mission of building strong, stable, and secure military families. 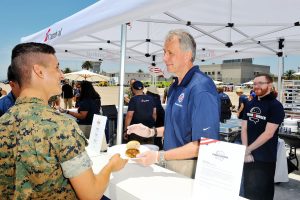 “We wanted to create a platform for Americans looking to connect with the military and show our gratitude for their service during the July 4th holiday,” said Burke. “We all want the troops to know how grateful we — and our country — are for protecting our freedom and this unique social media–powered barbecue is a fantastic way to show our appreciation.”

“As an American who serves in the military, I really appreciate that Carnival Cruise Line looks for meaningful ways to serve us, and I’m honored to be a part of this fun event,” said Barber.

This special event was part of a continuing partnership between Carnival and Operation Homefront. Last year, hundreds of military families were welcomed aboard Carnival Vista prior to its inaugural sailing from the United States. The festivities were the culmination of a year-long campaign called Honor.Family.Fun —which also teamed up with Grammy-winner Carrie Underwood — to help raise funds and awareness for Operation Homefront.