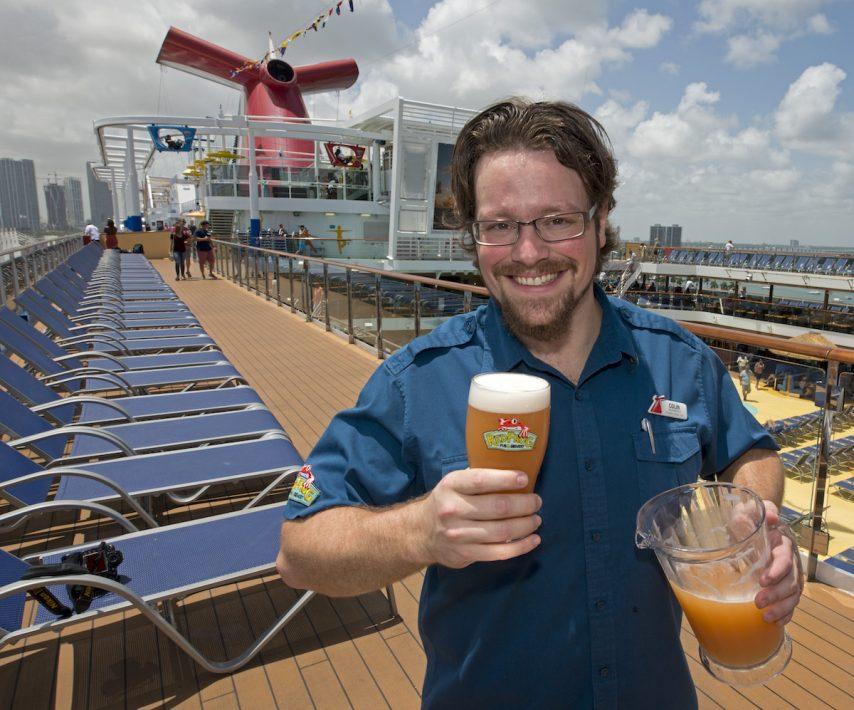 The new Miami Guava Wheat beer was unveiled this weekend at a shipboard ceremony in Miami during which Carnival Vista’s professional brewmaster, Colin Presby, along with hotel director, Pierre B. Camilleri, tapped the first firkin (a 10.8-gallon cask) of the refreshing new brew. Hand-crafted by Presby, the beer features ingredients inspired by Carnival Vista’s homeport. 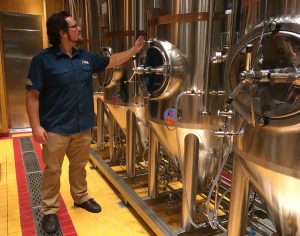 “American Craft Beer Week is a time for me to think about and look at what other breweries are doing, and here on board, it’s a chance for us to brew something new and something different,” said Presby. “I was drawing inspiration for this beer from the tastes of Miami. We wanted something that spoke to our homeport, to our home base of operations for our entire fleet. I’ve been really inspired by the Cuban pastries — the pastelitos — and the guava in that.”

Available on a limited basis, (the brewmasters give the 100 gallons that will initially be brewed around 2 to 3 weeks, depending on the demand, but Presby said they can brew more if needed), Miami Guava Wheat joins three other RedFrog original draft beers brewed only aboard Carnival Vista: ThirstyFrog Port Hoppin’ IPA offering aromatic, floral, and hoppy notes with tropical and citrus overtones; ThirstyFrog Caribbean Wheat, an unfiltered wheat beer with flavors of orange and spices; and FriskyFrog Java Stout, a take on a traditional stout, rich and creamy with hints of coffee.

Carnival Vista sails 6- and 8-day Caribbean cruises from PortMiami to the Caribbean and will relocate to Galveston in fall 2018 when sister ship, Carnival Horizon (which will also feature an onboard brewery), launches year-round service from Miami.