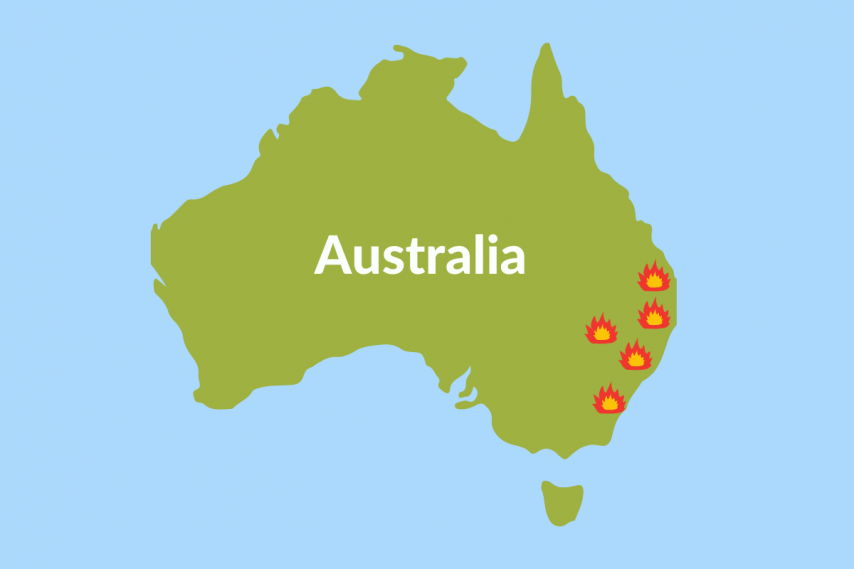 The end of the year 2019 saw massive bushfires across New South Wales, Australia and a major cruise line is stepping up to help fight these fires as they continue to devastate the country. Carnival Australia has announced $350,000 to the Australian Red Cross Disaster Relief on behalf of P&O Cruises Australia, Princess Cruises, Carnival Cruise Line, Cunard and Holland America Line, who all operate ships sailing the Australian coast.

What are the Australian Bushfires?

Millions of acres of land in the Southeastern portion of Australia have already burned, leaving dozens of people dead and thousands of homes destroyed along with plants and animals who could not escape the blaze. Smoke is another huge problem caused by the fires as air quality in the region is terrible and has caused numerous problems from breathing to equipment malfunctions from the thick layer of smoke choking the air.

This isn’t the first time a cruise line has come to the aid of those down under. Last year, P&O Cruises Australia and their guests donated a combined $50,000 to the St. Vincent de Paul Society to fight fires in New South Wales and Queensland.

Is it Safe to Cruise to Australia?

Current estimates say there are hundreds of fires still burning in Australia so the question is, is it safe to cruise there? Cruise lines are well versed in avoiding Mother Nature, so they’re able to adjust itineraries accordingly. For the most part, cruise lines are operating business as usual as most of the coastline ports remain open.

Phillipa Harrison, managing director of Tourism Australia, gave travelers advice for those with an upcoming vacation to the country.

“We would encourage all travellers coming to Australia to seek the most up to date information prior to departure, and remain informed about changing conditions whilst on the ground,” she said.

Are you cruising to Australia soon? Let us know if the bushfires are affecting your vacation in the comments below!