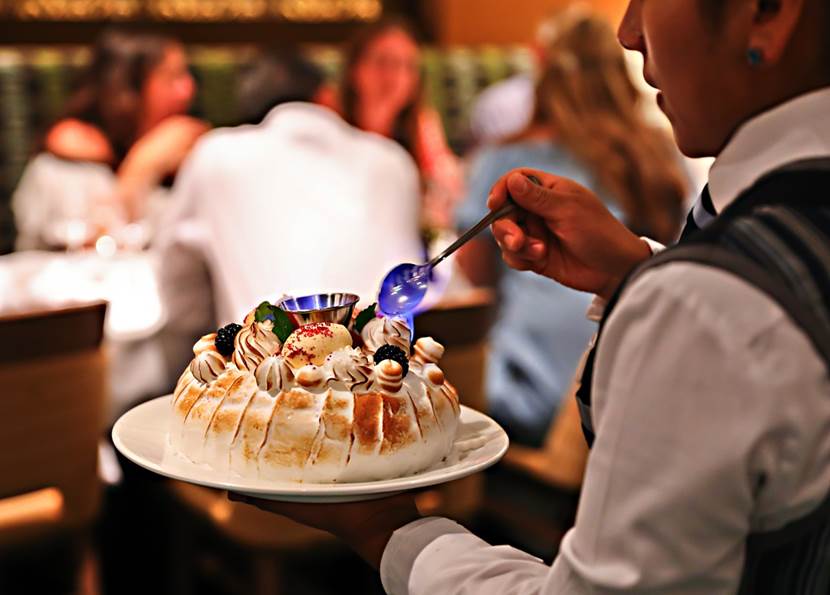 As part of its ongoing effort to keep its culinary offerings fresh and exciting, Carnival Cruise Line is revamping the menus for several of its specialty dining venues and breakfast menus, as well as reintroducing Baked Alaska across the fleet.

In addition, Baked Alaska — a classic dessert made of cake and ice cream topped with meringue — is also being reintroduced after several years with uniformed waiters performing the time-honored tradition of parading the dessert throughout the dining room prior to service. 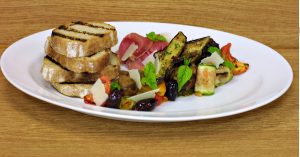 The updated steakhouse menus, which are currently available on three ships, feature appetizers such as Iced and Smoked Fresh Oysters with Apple Mignonette; Tuna Tartare with Yuzu Sphere and Avocado “Leche de Tiger”; Risotto with Crab, Mushroom, and Brown Butter; and Heritage Berkshire Pork Belly with Apple Walnut Preserve. These complement a selection of USDA prime steaks, including new items such as an A-5 Wagyu steak and lighter fare like Farmhouse Chicken with Roasted Honey Vinegar and Dover Sole Pan-Seared with Lemon Potato-Mousseline and Shallot Emulsion. Four additional ships are expected to get the new menus by early next year. 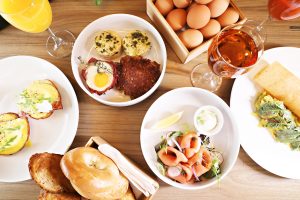 For those on the go, a new “breakfast express” is available on port days featuring orange juice, eggs, hickory-smoked bacon or sausage, and pastries, all “in and out” within 25 minutes. An assortment of traditional breakfast favorites such as French toast, pancakes and cereals is also offered. Thus far, 12 ships feature the new breakfast items with the balance of the fleet expected to receive the new menus by mid-2018.

The line’s delis have undergone a dramatic change as well, with an updated design and host of new choices, including seven sandwiches 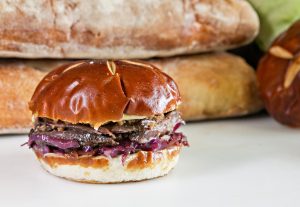 such as meatball, buffalo chicken, and The Cubano with roasted pork, ham, pickles, mustard, and Swiss cheese, along with Southwest chicken, falafel, and turkey wraps. Diners can also enjoy a sweet finish to their meal with a Salted Chocolate Chip Cookie baked fresh every morning.