Carnival Cruise Line: Then and Now 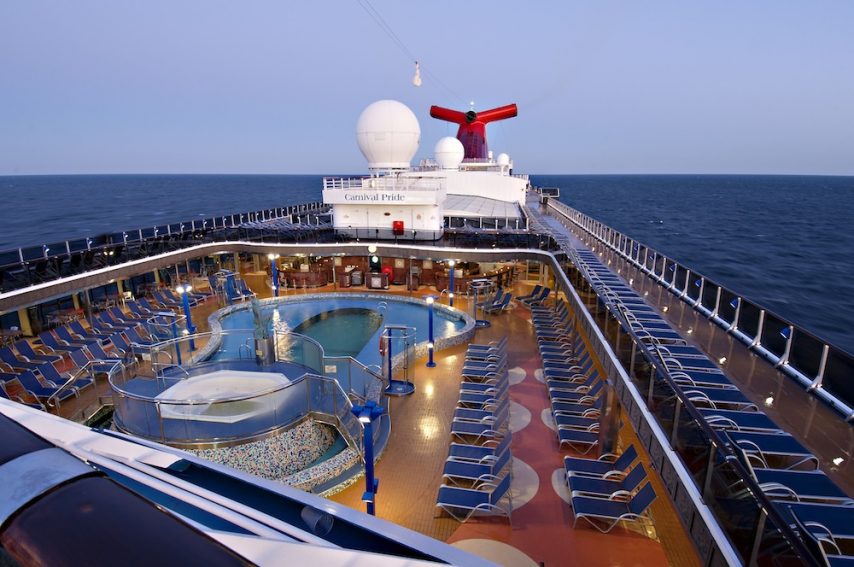 My phone rings and on the other end of the line is Bill Panoff, editor-in-chief of this magazine and former magician with Carnival Cruise Line way back in the day. Panoff (or “Pandini,” as I call him) and I have been friends for over 40 years.

I came to Carnival in 1996 as an entertainer to replace a comedian who was going on vacation for six weeks. I wound up staying 14 years and became a cruise director for most of that time. Pandini thought it would be a good idea to have a feature story for this magazine focusing on what it was like to cruise in the ’80s compared to today. I agreed and arrangements were made for me to sail out of Baltimore on Carnival Pride.

Now when I started with the company, there were only three ships: Mardi Gras, Carnivale, and Festivale. Mardi Gras was my favorite with about 800 passengers. Today’s Pride carries three times that. It’s so big that by the time you walk from one end to the other, you’ve done your exercise for the day. Today, Carnival has 25 ships and I think there are four more in the works. Talk about success! Carnival was, and is, focused on middle-American cruisers. Family, singles, professionals, students, old, young — they’re all onboard.

My cruise started out with a really nice surprise. As I was checking in at the terminal, a man came rushing over, shaking my hand, overjoyed to see me. It took a minute for me to remember he was Captain Alessandro Galotto who has been with Carnival for over 40 years. I’ve been gone 28 years and he remembered me. What a nice compliment to start off my trip!

When we found our cabin and it had a balcony. When I worked for the company, none of the ships had balconies. After a busy day at sea or in port, it was wonderful to sit on the balcony for a while and enjoy the quiet time and watch the sea roll by. Time to exhale.

The cruise directors, in my day, were a small tight-knit group. We were all entertainers and our staff consisted of six to eight entertainers who also doubled as cruise staff. Not only did we do the shows, we also did all the activities along with our staff: Bingo, horseracing, dance classes, deck exercises, newlywed games, knobby knees contests (men only), and the list goes on. Every entertainer did a short bit on the first night as an introduction. If you were a singer, you did one song. If you were a magician, you did one trick. It was just a teaser for the passengers. Then each entertainer did a main show, usually with another act or two on the bill. Then you did a midnight special by yourself.

Today it’s totally different. There is….