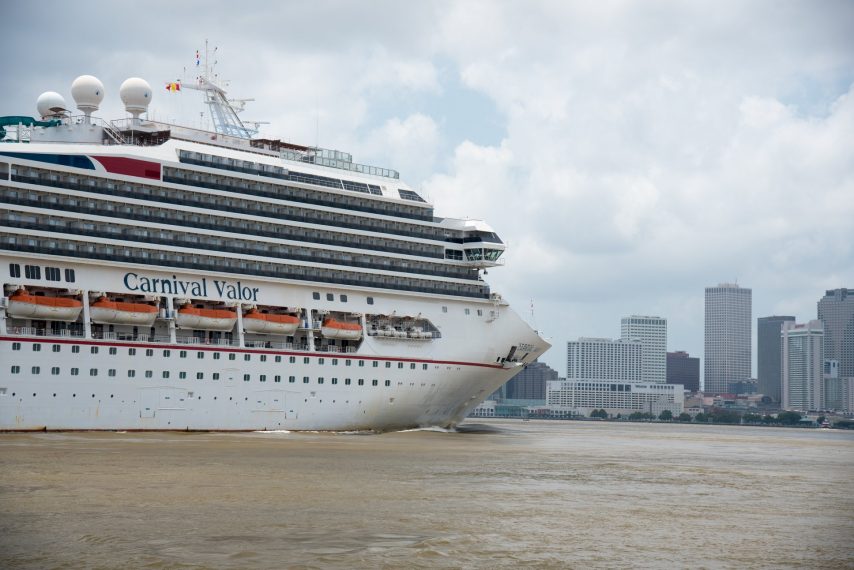 The Big Easy is one of the most popular destination cities in the United States and pre-pandemic, Port Nola saw more than 1 million passengers flow through the port on cruises to the Caribbean and Mexico. Carnival Cruise Line is once again preparing for ships to sail from Port NOLA and with Florida’s status uncertain due to the vaccine passport ban in the state, nearby ports like New Orleans are primed to see a cruise resurgence in the coming months.

Currently in drydock in France, Carnival Glory is undergoing upgrades to help make it more compliant to the CDC’s protocols for cruise ships. The cruise line is also in the process of vaccinating the crew in preparation for the first cruise from New Orleans set to embark on August 1st. When it sails, the ship will only be at 70% capacity to adhere to the CDC’s guidelines for social distancing.

Per the CDC, Carnival must also have an agreement in place with Port NOLA prior to sailing which outlines the procedures and protocols should an outbreak occur on one of the first sailings back. Last week, Carnival received approval from the CDC for their agreements with several other ports like Galveston, TX, PortMiami and Port Canaveral.

Over Memorial Day weekend, New Orleans saw a jump in the number of visitors to the city. Local news outlet CBS 4WWL reported that the city’s hotels were at 90% capacity over the holiday weekend. As people begin traveling once again, the opportunity for cruise and stay visits to the city are an attractive prospect for the hospitality industry in a city where tourism is a key economic driver.

New Orleans Mayor LaToya Cantrell said earlier this week that the city is looking to get back to pre-pandemic tourism levels.