Step into the scenes of your favorite movies and TV shows with these tours of California studios and locations.

What celebrities will you see on a California cruise shore excursion? | Porthole Cruise 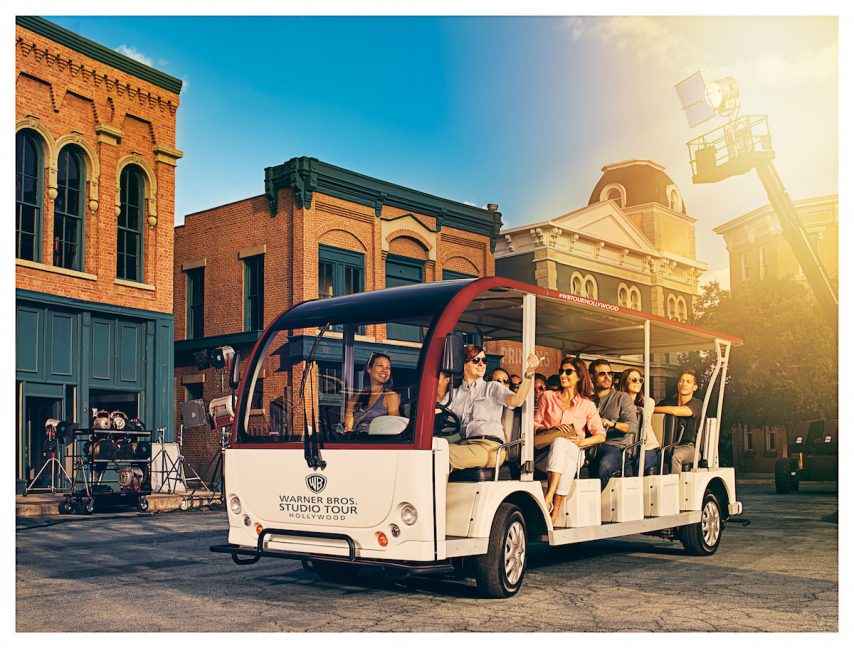 Hooray for Hollywood! Travelers cruising to California cities can celebrate movie magic — and not just in iconic Los Angeles. Beautiful San Diego and San Francisco offer up tons of filming locations to be admired by fans on a California cruise seeking to retrace their favorite movies and television shows.

In fact, it seems all too appropriate that The Love Boat is one of the finest examples. Even if passengers were only to board their cruise ship in San Pedro along the coast of Los Angeles and not explore beyond, they would witness some of the show’s former stomping grounds. Indeed the very slipway across from the Vincent Thomas Bridge is where the titular Pacific Princess once berthed and was filmed for the TV series.

While exteriors of the intimate Princess Cruises ship were shot at the terminal — which is still used to this day by much larger vessels – interiors were mostly handled on a soundstage with some other mixed scenes on location. 20th Century Fox Studios was the main production facility for the show’s run. Unfortunately, it is one that does not offer tours to the public.

However, there are plenty of opportunities to visit several different studios for a fee and many more public filming locations for free. Princess, for instance, offers a shore excursion to check out “Universal Studios On Your Own,” but more often than not, some independent research is required to find the best spots and tour them accordingly. 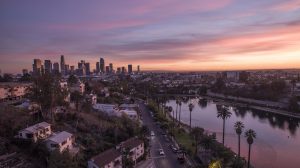 Downtown Los Angeles, where celebrity spotting is the main attraction!

Of course by default, Los Angeles’ close proximity to Hollywood makes it the cinematic mecca on the list, and both the ports of Long Beach and San Pedro conveniently serve round-trip cruises as well as day visits to repositioning ships.

Here’s where visitors will find all the major studios, many of which are accessible to the public for tours. While Universal Studios is fun, it’s primarily a theme park. The best way to truly see behind-the-scenes is to take advantage of its VIP Experience and walk around the famed backlot.

For those not in the know, Universal is where they’ve filmed the likes of Back to the Future, Indiana Jones and the Kingdom of the Crystal Skull, Jurassic Park, the Pirates of the Caribbean franchise, and more.

See All the Studios on a California Cruise

A fully authentic standalone experience is available with the Warner Bros. Studio Tour, available as a two-hour overview or five-hour extensive look at its backlot, soundstages, prop and costume departments, and post-production facilities. At nearly $300 a head, it’s a bit pricey, but it’s seriously worth it for cinephiles.

After all, Warner Bros. is where they filmed the classic Casablanca and recent La La Land, as well as many current TV shows like The Big Bang Theory and The Ellen DeGeneres Show. Tickets to tapings of these are even available. While not the most pleasant of cruise ship movies, the disaster remake Poseidon was produced here, too.

Outside of these studios, other tours are offered by Paramount Pictures and Sony Pictures. Paramount is a must for fans of Star Trek, and Sony is great for Jeopardy! quiz aficionados. Other honorable mentions a bit outside Hollywood proper are the dusty Paramount Ranch and Melody Ranch, both seen in the new Westworld.

If you don’t want to go quite so far, Carnival Cruise Line’s recently expanded Long Beach terminal also has a cinematic history. The geodesic dome that once housed Howard Hughes’ Spruce Goose aircraft is so large that….