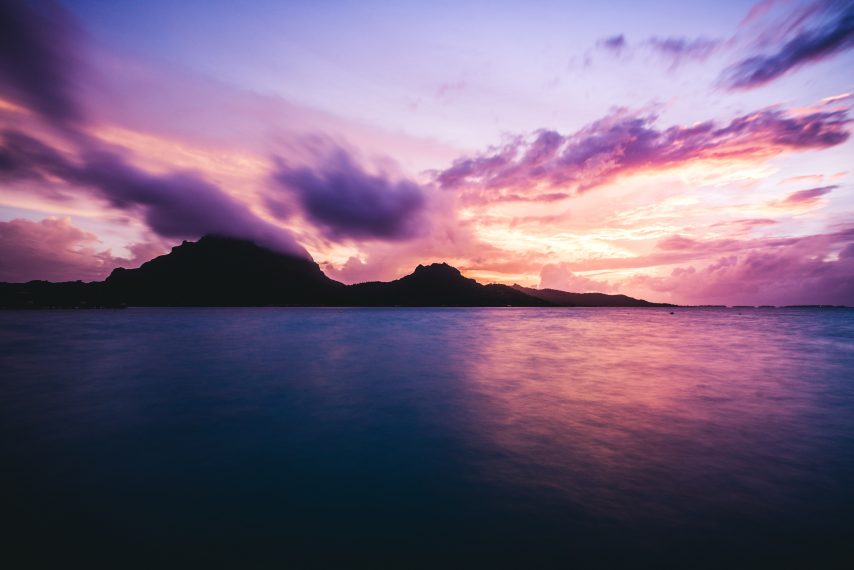 This article is the 3rd of a three part series by Porthole Cruise Magazine contributor Georgina Cruz chronicling her voyage aboard a Holland America Line world cruise. The three parts focus on a unique island in French Polynesia: Tahiti, Moorea and Bora Bora. Today, Georgina takes us on a tour of Bora Bora.

PART 1: Make the Most of Your Tahiti Cruise Vacation

The view of Bora Bora from an approaching ship is simply spectacular with a lagoon with waters in varied tones of blue, atolls with necklaces of white sand and mountains like the imposing Mt. Otemahu that seems sculpted by a gigantic hand. Called “the pearl of the Pacific” by James Cook, Bora Bora is composed of a main island with the town of Vaitape and a series of islets or “motus” surrounding it.

These include hiking to the top of Mt. Otemahu, diving, kayaking, and shopping for the precious black pearls of the South Pacific. 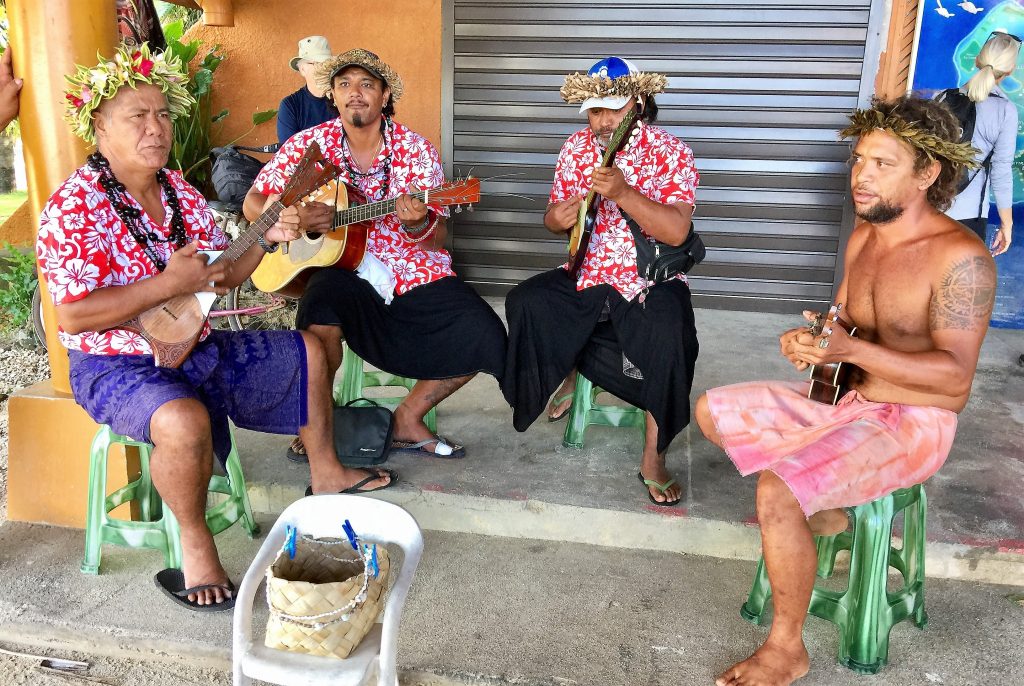 The Four Seasons Bora Bora is one with overwater bungalows on a “motu” about a half hour from Vaitape via complimentary launch from the resort. Water sports are complimentary and snorkel equipment awaits on the terrace of each bungalow – swimming in the lagoon is like doing so in a gigantic aquarium filled with tropical marine life. 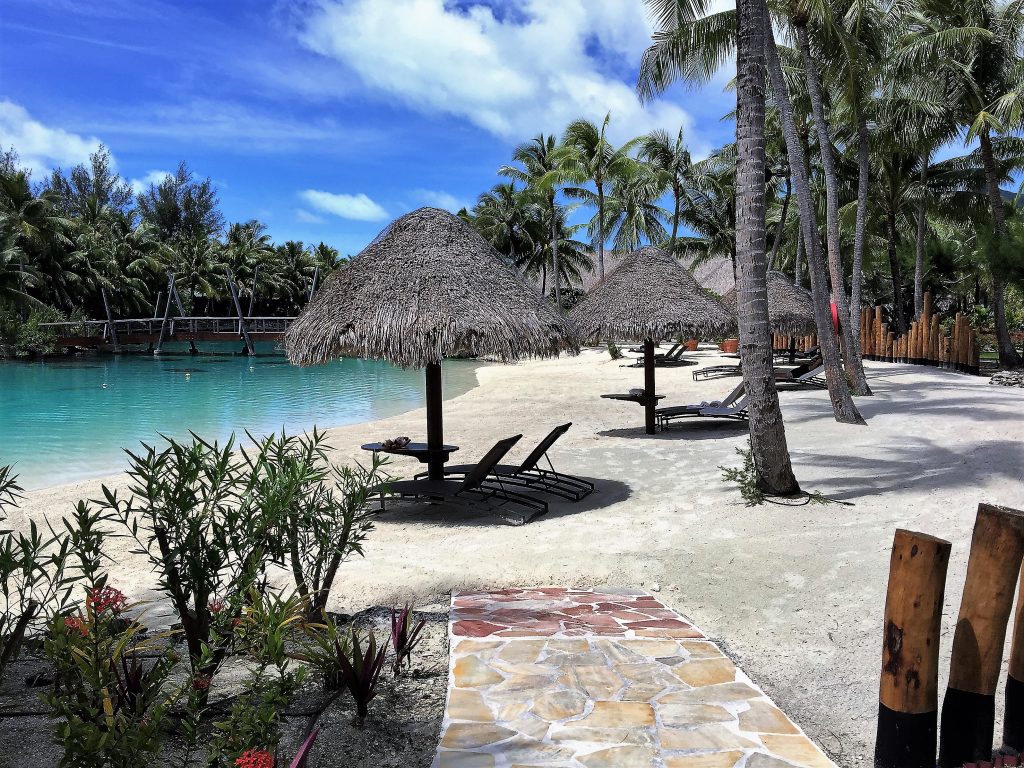 We did so is on the terrace of the Fare Hoa Grill at the Four Seasons. Specialties include fresh salad with skewers of Moorea shrimp and it comes with a “side” of views of a white sandy beach, the lagoon and mountains. 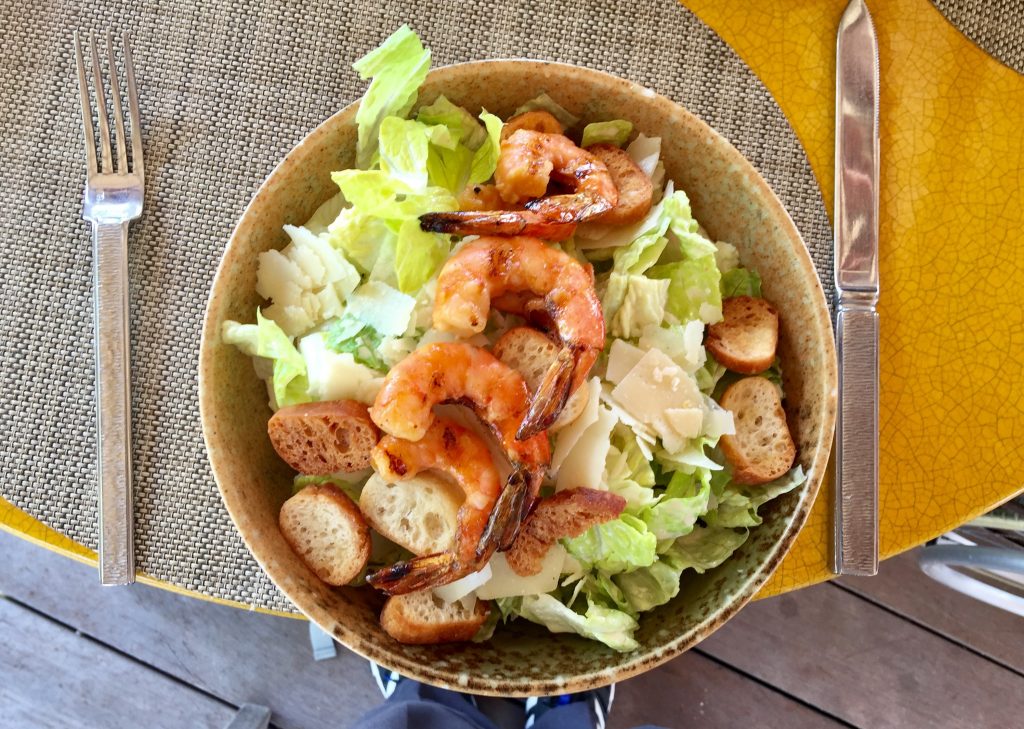 An icon of the island with thatched roof, open sides, sandy floor, wooden slab tables and stools made of coconut stumps on Povai Bay, this restaurant is popular and delicious – perhaps a burger or fish burger with thick potato fries washed down with a beer or one of their specialty drinks. Among the many famous guests at this restaurant are Jimmy Buffet, Julio Iglesias, Goldie Hawn, David Copperfield and Rod Stewart. 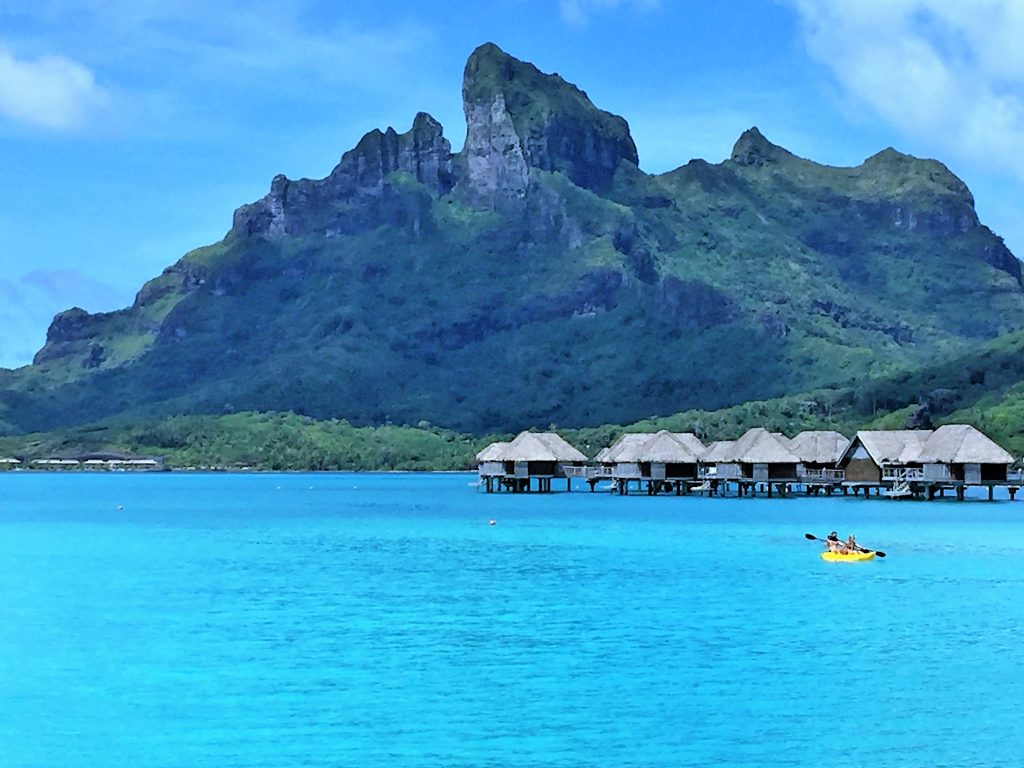