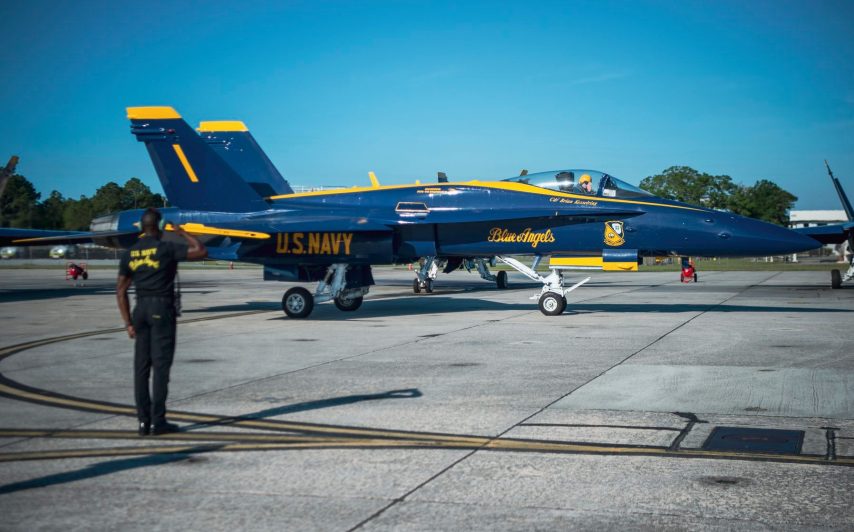 The sunny skies of South Florida were in for a treat today as the Blue Angels Flight Demonstration Squadron buzzed the skyline in a salute to COVID-19 responders working hard to flatten the curve and help those recovering from the virus. Operation “America Strong” flew over Jacksonville this morning and previously held a flyover in the New York City area as well as in Houston.

Starting at 1pm over Boca Raton, the Blue Angels flew south to Miami along the coastline before turning back north in an effort to fly over as many hospitals as possible. The whole flight lasted about 25 minutes from start to finish. 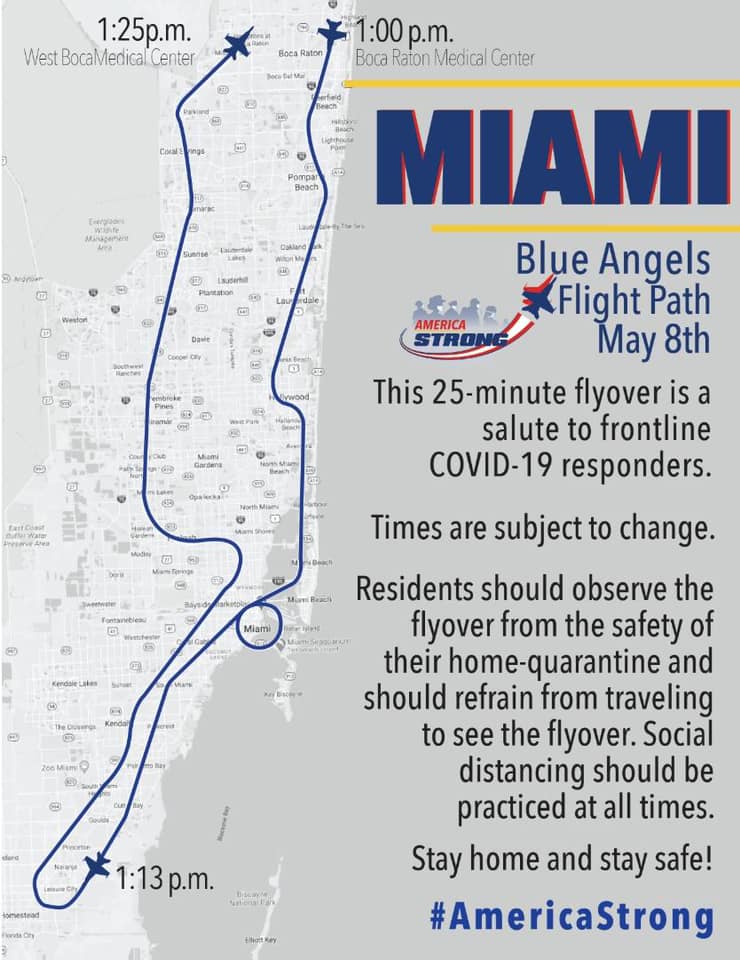 Check out the video from Miami below!

A HUGE thank you to the @BlueAngels for their salute to COVID-19 responders across South Florida today! What a show! #BlueAngels #America #Flyover #Salute #FirstResponders pic.twitter.com/LwV43fj5AE

The Blue Angels have been performing aerial demonstrations since they were founded by the U.S. Navy in 1946. The flight crew not only entertains in the skies, but they have a long history of visiting schools, hospitals, air shows and more in a salute to Americans who help make our country worth living in. Did you see the Blue Angel flyover today? Let us know in the comments below!