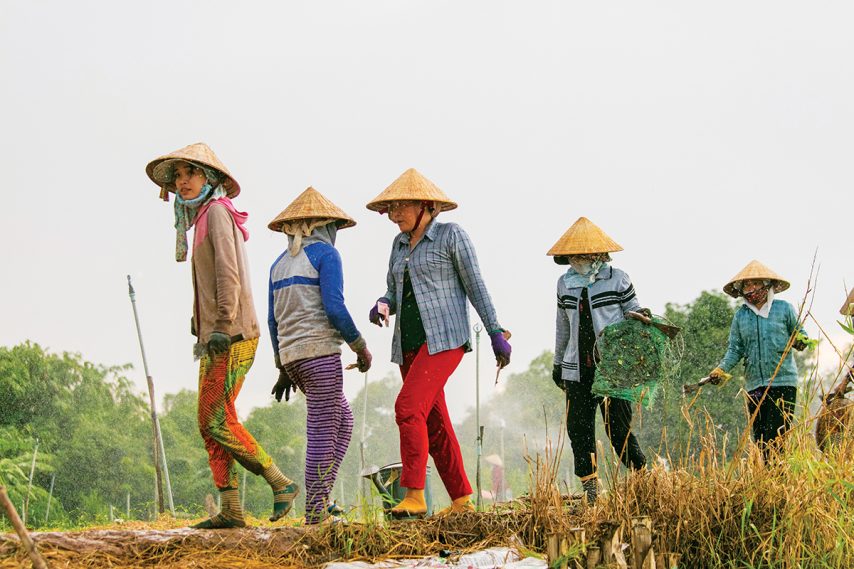 Three cruises through three countries bring a showcase of wonder.

Story and Photography by Douglas Peebles

“Three cruises in three weeks? Why would you want to do that?” my wife asked.

“Because we can,” was the best answer I could come up with. I’d be traveling with a friend and fellow photographer/videographer who had won a trip up the Yangtze River in a travel journalism competition. For both of us, it was a long way to go for a 5-day cruise. … So we also arranged a 7-day cruise down the Mekong River. The only problem was that there was a week between the two cruises we had to fill. … A short cruise on Halong Bay was the answer.

Cambodia, Vietnam, and China turned out to be three very different experiences.

Our journey started in Siem Reap in the Angkor region of Cambodia. Our hotel was about a mile from downtown and the entertaining Pub Street restaurants and bars.

Angkor was the center of the Khmer Empire from the 9th to 15th centuries. There are more than 70 temples in the area and, in its time, it was the largest settlement in the world. In our two days, we saw eight temples.

My favorites were Angkor Wat for its massive size and the art and architecture throughout, Banteay Srei for its small size and beautiful detailed carvings, and Bayon in Angkor Thom for its large carved faces.

On the third day, we boarded our Aqua Expeditions cruise. The 40-passenger Aqua Mekong boasts large and luxurious suites with floor-to-ceiling panoramic windows.

The first three days were spent on Tonlé Sap, the largest freshwater lake in Southeast Asia. Aqua Expeditions carry its own 10-passenger skiffs, allowing us to venture far into the Prek Toal Bird Sanctuary and visit the colorful floating fishing villages of Moat Khla and Chnok Tru. The fascinating villages include floating ice factories, stores, schools, and Buddhist temples.

On the fourth day, we leave the Tonlé and enter the Mekong River. At Phnom Penh, the capital of Cambodia, we tour the Royal Palace, the National Museum, and the grim Tuol Sleng Genocide Museum.

That night we cross into Vietnam.

The change in the waters when we cross into Vietnam is dramatic. Commercial fishing is much more organized and dredges and commercial barges are everywhere. Fish farms line both sides of the river, mainly raising tilapia.

For the next two days we….

Check out video views of Asia cruises by Len Kaufman: