Five Faves: Are You Cruisers Ready For Some Football? 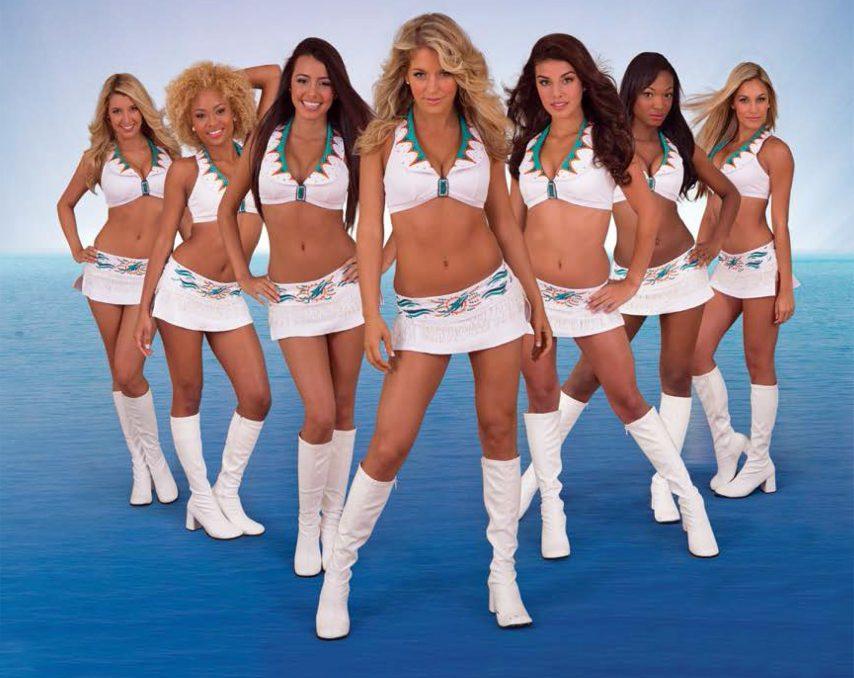 Are You Cruisers Ready For Some Football?

America’s game is back, both on the gridiron and at sea!

It’s been a long offseason waiting for football to finally get here, so what better way to kick off this week’s NCAA games and next week’s NFL Week 1 action than by … prepping for the next offseason?! Sure, you can bask in the glow of football available on every screen imaginable now, but don’t ever forget what the void of the last half-year of football-less life has felt like. Brutal, right? So check out what pigskin excitement is being planned for diehard fans at sea:

Swimming with the dolphins is offered everywhere in the Caribbean, but only on Norwegian Getaway can you cruise on a ship christened by Miami Dolphins Cheerleaders, who serve as the ship’s godmothers. Norwegian Cruise Line’s partnership with the team is a perfect fit considering the ship’s homeport is less than 20 miles down the road from the team’s home stadium.

For fans of 30 NFL teams, the off-season will have begun long before the Super Bowl festivities do. That doesn’t mean you can’t find a way to celebrate (and potentially win big prizes) on the high seas. The 23rd Annual Super Cruise — the self-proclaimed “Largest Super Bowl Party at Sea” — embarks the day before Super Bowl 50 from Fort Lauderdale and visits numerous Eastern Caribbean ports, all the while promising fun and more than $200,000 in prizes.

Even a Wolverines fan has to respect the cause behind the Ohio State–centric Buckeye Cruise for Cancer, which has raised more than $8 million for cancer research over the years. Led by coach Urban Meyer and featuring a slew of beloved Buckeye players and celebrities, this year’s cruise embarks from Fort Lauderdale and visits Labadee (Royal Caribbean’s private island) and Ocho Rios. The big question: Will a second-straight national championship trophy be joining the checked bags or not?

If Patriot fans didn’t have enough to celebrate — defending world champions, seven Super Bowl appearances in the last two decades, a gentleman by the name of Tom Brady still capable of handling the ball with the best of them — they also have the opportunity to cruise the Caribbean for seven nights with former New England stars on one of Celebrity’s finest ships. Meet Super Bowl ring-wearers like Kevin Faulk, Troy Brown, Joe Andruzzi, Matt Chatham, and more, and enjoy exclusive player events like karaoke, pool volleyball, and photo/autograph sessions.

Then there’s the other Patriots cruise. How often can you party like a rock star and like a world champ? Scheduled to embark less than a fortnight after this year’s Super Bowl, New England Patriots tight end Rob Gronkowski will be hosting the ultimate cruise party alongside his equally rambunctious YOLO Gronkowski clan. There will be performances by Waka Flocka Flame, Redfoo, and Brooke Evers during the cruise, whose itinerary states will be going from Miami to “Gronk’s Island” (though Norwegian-devotees may recognize the private Bahamian island by another name). As the host once so eloquently put it, “Yo soy fiesta!”