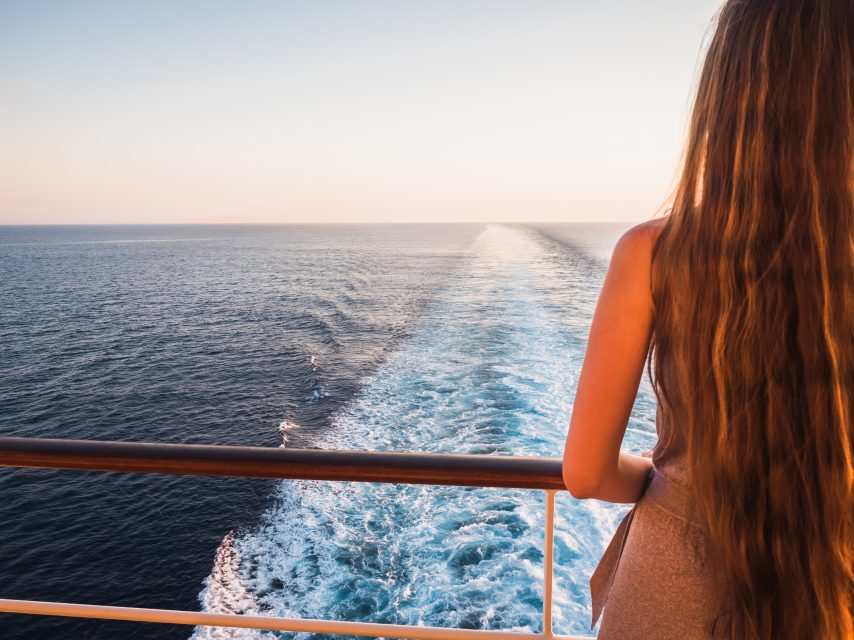 When I think of cruising in the Covid-19 era, the chorus of Eric Carmen’s 1975 pop hit “All By Myself” wafts through my mind because, more often than not, I sail solo.

People sail solo for a lot of reasons.  Perhaps they’re single, divorced or widowed, or maybe they’re stressed-out businesspeople who want the luxury of solitude while having the option of mingling with other guests when they choose.  Perhaps they’ve had one too many nightmarish sailings with friends who morphed into crazy people the second they strolled up the gangway (I once left a cruise three days early when a friend’s hostility nearly drove me to madness) or maybe they just really hate having to close the bathroom door every time they shower.

Cruising was the ideal vacation for solo travelers.  Until now.

Enforced social distancing, ships sailing with a significantly-reduced number of guests, widely-spaced seating at shows and dining venues and—who knows?—maybe early and late sitting swimming pool assignments might be reassuring to the couples and families who make up a good portion of the cruising public but they positively suck for single sailors who’ll find opportunities to socialize greatly reduced.

Just about a year ago, I was walking through the casino of Carnival Sunrise shortly after embarkation when the shirt I was wearing attracted the attention of a group of people at the bar.  After talking shirt for a few minutes, I found myself joining them for a drink…and then another….and then another.  Before I knew it, I realized that I’d found my onboard social circle even before boat drill commenced.

Experiences like that were commonplace during the “old normal.”

For the solo traveler, a big part of cruising is the friendships forged at sea and I worry that new procedures will sweep that part of cruising overboard.  In this “new normal,” I wonder whether I’ll have to dine alone each night, if I’ll need to stand, masked and silent, at least six feet from others on shore excursions and if I’ll need to plant myself in an empty corner of a shipboard bar, slugging down my Cosmopolitans like some belligerent drunk that everyone wants to avoid.

Cruise lines need to start thinking now about how they’ll lure solo travelers back aboard.  The elimination of the single supplement, which is often 200% of a double occupancy fare, would be a nice start.  At dining venues, guests who’d welcome shipmates at their table might be seated in one area and guests who do not wish to mingle in another.  And maybe we can turn the music volume in bars and lounges down to a level that would invite conversation at a safe distance.

Until the development of the treatments and vaccine that will return cruising to the experience it was, it is vital that cruise lines implement and enforce the procedures and protocols that will protect the health and safety of guests and crew.  I’m all for that.

But I’m hoping that when cruising resumes, it will be an experience—even with its justified restrictions—that will be enjoyable for all of us.

Every single one of us.