John Waggoner of American Queen Steamboat Company speaks with Bill Panoff about his company's decision to require vaccines to cruise. 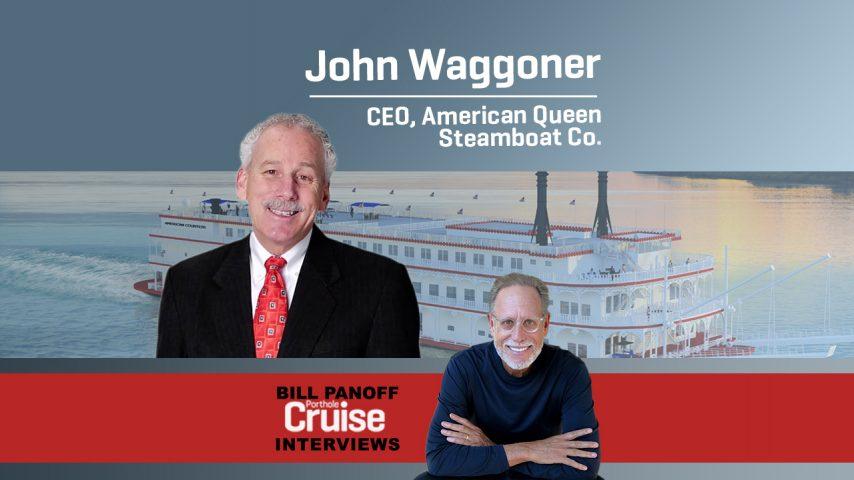 As talk in America turns from preventing COVID-19 infection to administering the COVID-19 vaccine, all eyes are on cruise lines to see what their policy will be on a return to cruising. Will cruise lines require a vaccine for passengers? We got some clarity on that issue recently from American Queen Steamboat Company, one of the country’s premier river cruise lines. The cruise line, along with sister company Victory Cruise Lines, became one of the first cruise operators to definitely say that proof of vaccination will be required to step onboard.

John’s long history in the passenger vessel industry gives him a unique perspective on how to best keep passengers and crew safe. He was even awarded a Commendation from the Commandment of the U.S. Coast Guard for his continued contributions to promoting passenger vessel safety across the many maritime industries with which he’s involved.

When the team at America Queen Steamboat Company began internal discussions about a return to cruising with or without a vaccine, one point made echoed above the rest; we’re all family and family looks out for one another. Waggoner explained that the reaction was overwhelmingly positive, making it clear it was the right decision.

“We’re a family operation. All the crew members are my friends, a lot of the guests are my friends, and so we really wanted to make sure that safety is number one. We wanted to make sure our guests and our crew members are comfortable so we said we’re going to make the bold move of having everyone be 100% vaccinated. It’s been very, very positive, we received a lot of good comments. It’s interesting that bookings after July 1st are increasing, I can’t tell you if that’s because of the vaccine or just because people want to cruise, but it’s been very well received,” Waggoner said.

American Queen has plans to resume operation in late February of 2021, but the requirement for vaccinations won’t be in full effect until July 1st. Until then, Waggoner outlined the arrival and testing process the cruise line has laid out for guests prior to embarkation.

“All our guests check into a hotel the night before, it’s a complementary one-night hotel stay. That allows them to get to the city, not be rushed, know they’re going to make the trip and not literally miss the boat.  So then we partnered with Vikand Medical who will send a medical representative, a nurse or a doctor down to the hotel, we’ll take nasal swabs from everybody and have their test results in the morning. Not only is it 100% testing, but then 100% mandatory vaccinations after July 1st,” he said.

Another hot-button issue facing the cruise industry right now is the decision by the Canadian government to ban cruise ships of over 100 passengers from calling on ports in the country until 2022. That decision was particularly difficult for American Queen Steamboat Company as they often visit Canada via Alaska and Great Lakes cruises. We asked John for his thoughts on the issue.

“There’s a lot of things going on with saying ‘hey, can we make a technical visit, is there a Jones Act waiver?’ so we’re evaluating it on a daily basis, we still hope to cruise in Alaska and on the Great Lakes this year and we hope that we can work things out with the Canadian government.

As for their new ship, the American Countess will be the fourth vessel from the steamboat river cruise line and will feature the same classic look and feel guests have come to love, but delivered in a sleek and modern way. Featuring four decks and 123 attractive staterooms, there may not be a better way to cruise the Mississippi River in comfort and style. We asked John about the upcoming christening ceremony and his favorite parts of the new vessel. Once again, John put his commitment to family at the forefront.

“We’re set to christen it this March, March 21 and then have our first inaugural trip from Memphis to New Orleans on March 28th to April 4th,” Waggoner said. “I’m more excited, or just as excited, our daughter Angie Hack is going to be the Godmother.

You can watch the full interview with John Waggoner of American Queen Steamboat Company below: