All Aboard the SS Christener! – There’s got to be a better way to name a new vessel. 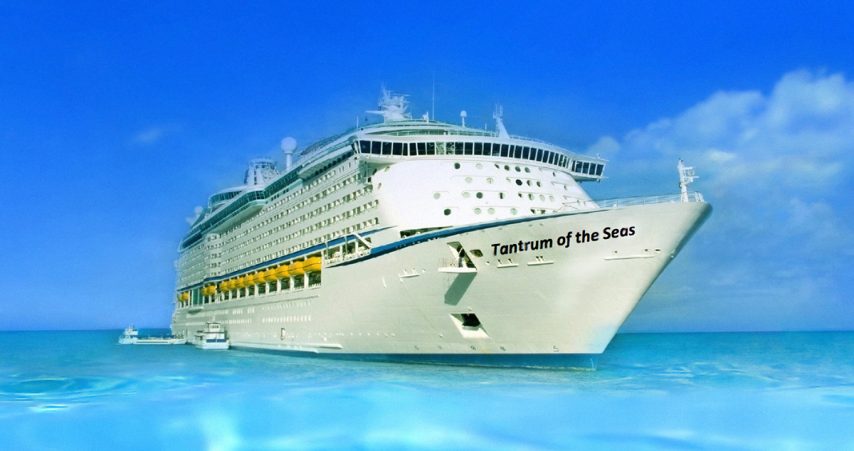 All Aboard the SS Christener!

There’s got to be a better way to name a new vessel.

Baffled, I am. Simply baffled.

Over the past decades we have seen nothing short of a revolution in cruising and cruise ships: Elaborate water parks, vast dining options, sumptuous accommodations, mind-boggling activities. Yet when it comes to a ship’s name, it often feels as though the brilliant creative minds behind all of the onboard dazzle and technological marvels just sort of shrug and say “Screw it. I’m fried. Let’s just call it the Ocean Something-or-other.”

Recent nautical history confirms a distinct lack of imagination when it comes to ship naming.

And you can’t tell me that it wasn’t some Premier Cruise Line executive’s 4-year-old that named The Big Red Boat.

It’s no secret that today’s corporate world doesn’t make a move without months of research and data analysis. Yet time and again cruise lines miss the boat when it comes to dreaming up witty and engaging ship names that will capture their target audience. I’ve been told that many of the most common names are a nod to maritime tradition. Bite me. If you have robot bartenders, bowling alleys and infinity pools on board, that “tradition” defense goes right out the porthole…or floor-to-ceiling sliding glass doors, rather.

Next time a cruise line lays a keel for a magnificent new ship that will surely take the world by storm, I hope they’ll ditch the Ocean, Sea, Star, Spirit, Dream, and anything to do with royalty (except maybe Drama Queen — that would be sort of fun) in favor of something a bit more exciting or representative of what we, as guests, will find on board. Maybe they’ll consider one of these:

ShipFaced: Bar revenue will be through the roof.

Tantrum of the Seas: Family cruising.

Bruise: Admittedly, a cue from Brexit doesn’t work very well for the UK market. The combination of “British” and “Cruise” has a rather unfortunate result.

WTF?: Appropriate for the most high-tech and glitzy vessels.

⚓ : Sometimes words are so overrated.

LazyAss: So many cruisers seek relaxation. This is the ship for them.